Give Us Today Our Daily Bread 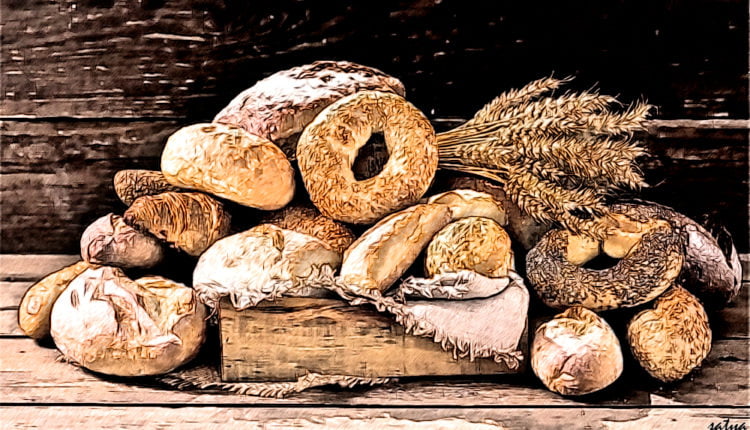 My dependence on whole grains as a part of my daily dose started years ago. I needed it every single day. And I refused to function without it. It wasn’t too long ago when you walked into a shop and asked for bread and were handed a choice of white or caramelised brown.

Forget bread, even biscuits, muffins, pizza crusts, all were made with white flour, or what we call, refined flour. This is flour where the bran and germ have been removed, which means it is stripped of most of its nutrients. This type of bread is high on the glycaemic index, as it takes your blood sugar to zoom and does your system no good. 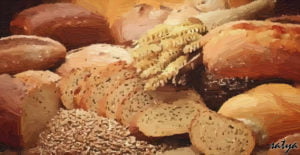 Today if you walk into even a small neighbourhood grocery store, you will see how the food landscape of bread in Bhubaneswar has changed and moved against the white brigade — embracing healthier options.

Let’s get back to bread. Most stores have a shelf that is solely dedicated to breads. You can choose from whole grain, whole wheat, multigrain, atta, oatmeal, dalia, focaccia, French baguette. The choice is quite baffling. What does each one of these mean? Different flours have varying amounts of Gluten in them. Gluten is the wheat’s natural protein, and this is what gives baked goods their structure.

First, not all breads are made equal, in nutrition terms. As a nutritionist and self-taught chef, I can say no bread can be made with zero amount of refined flour or maida. Even the brownest and whole wheat loaves will contain some amount of refined flour. It just all boils down to the percentage of maida that is used. When I ask my local bread maker, I am told that in my multigrain or oatmeal loaf, they use 10 per cent maida.

And there’s a jolly good reason for it. All-purpose flour yields bread with a tenderer crumb than bread flour or flour with whole wheat, which in turn produces more toothsome bread. And here I have been deluding myself by substituting a toast for a roti, and thinking that I am on a nutritional high.

As the name suggests, wholegrain is when you use the whole part of the grain. No germ or bran is removed. This bread is lower in fat generally. It’s also good for the heart, for keeping away diabetes and certain cancers, and what not. And it has a lot of fibre too.

Multigrain breads are made of multiple grains. Among the most popular are oats, wheat, flax, barley and buckwheat. Anywhere from 3 to 12 different kinds of grains are typically included. But there is a grain of truth. Being multigrain doesn’t mean that it is necessarily whole grain. Parts of the grain could have been removed. So while you might be fooled by the seeds on top, there is a chance that this bread contains no whole grains whatsoever.

These breads have a certain percentage of dalia or broken wheat. Our breads are not labelled, so it’s left to our imagination or the good intentions of the baker. By and large, chefs are vary of giving up maida, since bread is way easier to make if one uses quantities of refined flour.

Often baked with herbs, cheese or other ingredients added to the dough, focaccia is seen as a predecessor of the modern pizza. This bread does not pretend to be whole grain or whole wheat.

Here are some simple rules that I’ve come up with before you pick your next loaf. So for starters, the first thing to look at when purchasing breads is the ingredients list.

While the same bread will vary in taste depending on where you’ve got it, if you keep these basics in mind, you’ll be earning your bread in more ways than one. And I’ll go earn mine, by bringing you another piece on where to buy the best breads in the city.

Did you know where the term refined comes from? Around 1826, whole grain bread used by the military was called superior for health versus the white refined bread used by the aristocracy. Before the industrial revolution, it was more labour consuming and more expensive to refine bread, so white bread was the main staple loaf for aristocracy. That’s why it was called “refined”.

Read A Book Under A Tree In This Library In Bhubaneswar

Are You Diabetic? Then Stay Away From These Five Ws