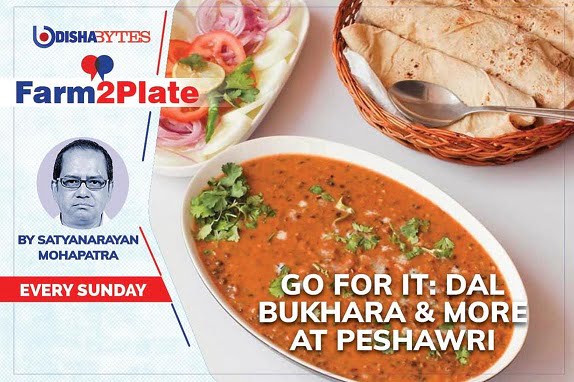 I was born and brought up in Odisha — the dal imprint was always yellow till I went to Delhi for my higher studies. When I ventured out for food in Green Park and Hauz Khas areas, I came across the black dal mostly in the Punjabi outlets (these were owned and managed by the displaced Punjabis post Partition). This lentil, urad dal or black gram, was the main ingredient of black dal and when served with a spiral of white butter or a generous amount of dairy fat or butter on top it was butter dal or dal makhani. It was one of my favourite dishes and I used to gorge with hot chapattis (read tandoori roti). As I ventured into different outlets I could find that some of them were cooked using whole urad dal and some used the broken-up urad dal. The broken urad dal was used mostly by the Punjabis who came from east Punjab and Lahore. The Punjabis from Peshawar region used whole urad dal. This lentil aka urad dal was their staple. When they settled and ventured into the food business it always had this dish on the menu.

The black dal went through a lot of changes and fusion — initially the souring agent was curd and later cream was added to make ‘shahi’ and by adding makhan aka butter it was butter dal, which was later christened as dal makhani. Full credit goes to Kundan Lal for inventing and giving us dal makhani with his culinary creativity.

During my earlier days in my career I was attached with a design studio and ITC Maurya was their client. One of the major creative works for ITC was labelling ‘Dal Bukhara’ for cans and the designs were then modified for the sachets. Later we came to know the canned ones reacted with the metal and taste deteriorated thus the sachets were tried. During one such presentation I had the opportunity to visit ITC Maurya.

A step inside the Maurya took me back in time:

The ITC hotel chain emerged from the passion of Ajit Haksar, the company’s legendary chairman, and one thing he cared about was food which was his weakness. He bought into the kitchen of ITC Roger Moncourt and Imtiaz Qureshi and offered French and Awadhi cuisine in the fine dining environment for the food connoisseurs. Qureshi became the mainstay for the ITC’s Indian food tradition and gave the best in ‘Mayur’ and ‘Dum Pukht’. It was Madan Jaiswal who moulded Bukhara in his own way.

Madan’s food had the essence from the Hindu angeethi and tandoori tradition. It was here the black dal was given a sophisticated version and was so successful that ‘Dal Bukhara’ is not only world famous but has also become a generic name for the dish. For the kebabs Madan got the mix of meat and masala just right and with that a whole new vegetarian menu was also created.

Madan’s sudden demise in a road accident brought in a void but the mantle was taken over by J P Singh and he trained the new generations of chefs and ensured in retaining the soul and spirit of Bukhara. Though Bukhara had a big success and was a great hit, it could not be replicated. Bukhara at the Bangkok Sheraton closed and in America there were legal issues. Finally, the management decided to have only one Bukhara (at ITC Maurya). In other ITC hotels they had clones of Bukhara by the name of Peshawri. Thus there was never another Bukhara.

During the presentations at Maurya we were invited to taste some of the iconic dishes in Bukhara. Little did I know that I would get hooked to the iconic dish ‘Dal Bukhara’. Though many moons have passed since then.

When ITC came up with its property along with Peshawri restaurant in Bhubaneswar, I was damn excited to enjoy the iconic dish ‘Dal Bukhara’ and the North-West Frontier food with my family. (The North-West Frontier included parts of Afghanistan and Northwest part of India). The food at Peshawri takes the cue from the local cuisine — which is authentic and the sensory evaluation will give a perfect ten. It’s the only restaurant in India which offers a bib and expects the guest to enjoy the meal with their hands. ITC Bhubaneswar’s Peshawri has an experienced team of chefs, who have mastered the art of cooking in tandoor and especially with charcoal fire. As a result, the food here is of an exceptionally high standard under the mentorship of Area Executive Chef Vijay Malhotra.

As per the tradition, the service team explains that no ‘curries’ are served, and one can pick from the vast array of tikkas and kebabs, cooked in tandoors. The only gravy dish is the famous ‘Dal Bukhara’ which is cooked as per the Bukhara Black Book Instructions — simmered overnight on a charcoal fire before the finishing touches are given with garnishes and condiments and served at an ambient temperature. You are expected to tear the flat bread in your hand and dip into the iconic dish for a mouthful.

‘Dal Bukhara’ enjoys an iconic status in India’s culinary circles. Enough and more has been said in praise of this dal dish: its creamy texture, the balance of flavours and how it is simmered through the night to achieve that perfect consistency. ‘Dal Bukhara’ at Peshawri is all of that, and more. What I find most riveting about ‘Dal Bukhara’ is that despite the arduous cooking process, the final dish never seems overloaded with spices. It has a distinct flavour that holds its own against the more ‘attractive’ non-veg fare. But even while you keep sampling the many kebabs and tikkas on the menu, a little taste of this dal (best enjoyed dipped with a piping hot piece of naan) is what truly completes the decadent meal.

This particular dish of Peshawri is unique and the palate reminds you of the yo days of granny’s food without much spice, dairy fat and still yearning for more. ‘Dal Bukhara’ has evolved with time and still continues to be perfect.

In these days of constant global change, when every restaurant changes to take on a new ‘avatar’, the menu of Peshawri has remained the same, mesmerizing anyone who comes to have a meal. A unique concept, the restaurant offers a sophisticated yet totally ethnic experience where the kitchen is part of the restaurant.

My experience in Peshawri Bhubaneswar was the same as that of Bukhara Delhi. It’s not far from the truth — the food, décor, ambience and warmth of service is the same. Just go for it: not alone but with family. 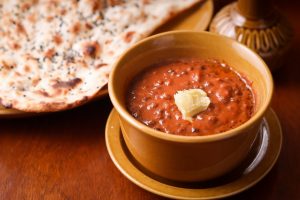 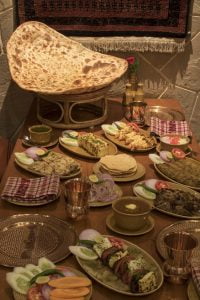 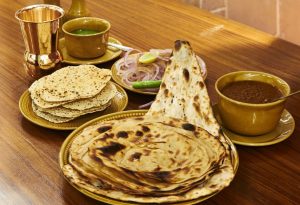 The food at Peshawri is entirely cooked in clay ovens or tandoor in the traditional style of the Indian North-West Frontier region — rooted in the rich culinary history of India it preserves and showcases the art of tandoor. The meat is not accompanied by any sauce or gravy, but is only pre-marinated and cooked before serving. A unique feature is the use of prime cuts of meat, marinated with the choicest of spices and skilfully cooked on high heat, while retaining their tender moistness. Welcomhotel Bhubaneswar has its own butchery where the meats are cut as per the standard specifications. Chefs have very strict food quality specifications laid out. For example, the prawns have to be 80 grams or more. Even if it is 79 grams, it is ‘rejected’ from the kitchen!

The succulent tandoori fare is low on oil and high on authenticity. It takes a chef, years of meticulous training and dedication to master the technique of the art of tandoor or to acquire the ability to gauge spices, mix marinades, and the most vital of all, to judge the heat of the tandoor and the time necessary for each dish to be perfectly cooked. For example: the ‘Naan Bukhara’, at approximately 4 feet diameter, is probably larger than a baby’s blanket! Despite the size it is prepared to perfection.

The world renowned ‘Dal Bukhara’, a combination of whole black lentils (urad dal), tomatoes, ginger and garlic, is cooked and simmered over slow coal fires of the tandoor overnight for 18 hours at a stretch! It is sure to be the longest cooked lentil in the world! Though the ‘Dal Bukhara’ of Peshawri is different in many ways from dal makhani you get in other restaurants. To start with, ‘Dal Bukhara’ comprises the whole urad whereas dal makhani is a mix of urad, rajma and chana dal. Area Executive Chef Vijay opines that Dal Bukhara’s viscosity is due to the slow cooking, which is done overnight over low flame, whereas the dal makhani is cooked once in a day and taken off the fire. The slow cooking of ‘Dal Bukhara’ has an ambient temperature when served whereas the dal makhani is quite hot when served. More so the lentils used in ‘Dal Bukhara’ are sourced from the best agricultural field with good agricultural practices and the usage of water is standardised through controlled RO water having a Ph value 7.4-7.6 (as per the ISO 10500). Thus you have the same taste of ‘Dal Bukhara’ at all the Peshawri outlets.

In keeping with the initiative of Sattva — “Honestly vegetarian” there are separate tandoors to cook vegetarian and non-vegetarian fare.

Why wait.. have the culinary experience from the menu painted on a block of wood.