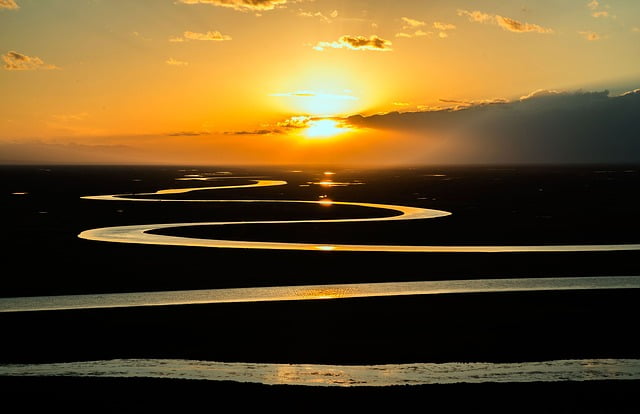 India is considered to be a water-stressed country. The situation is getting worse. The annual per capita availability of water in India was 6008 cubic metres when the country achieved independence in 1947. It came down drastically during the next 50 years to about 2260 cubic metres in 1997 and now it is only 1800 cubic metres.

If no serious attempt is made to harvest rain water, develop the wetlands, prevent water pollution, adopt better transport system and manage the water resource scientifically, it is estimated that, the availability of water per capita will fall to 750 cubic metres per capita by the next 50 years.

Unless appropriate measures are taken urgently to increase fresh water resources, the country will head towards a disastrous situation.

Almost the whole developing world is now in the grip of a severe water crisis. In India, the fresh water crisis is mostly man made. India on an average receives good annual rainfall and is endowed with a large number of rivers, but mismanagement of water occurs in different sectors. Most of the rain water is drained out to the ocean, a large amount of water is wasted during transportation, large number of water bodies gets polluted by human habitation, and also due to modern agricultural practices and effluents of industries. Unless the people in general and the government in particular take drastic steps to undo this, India will face a grave situation soon for meeting its water requirements. Integrated water resource management should be planned properly and executed seriously as early as possible.

In India, till today, only some emphasis has been given to develop water resources rather than managing them properly. The emphasis has been on supply of water to various users like agriculture, domestic, industries, hydropower etc., but the focus is not very much on the demand side and its effective management. Therefore, a proper water management plan has to be developed and should be implemented and managed timely. In this regard, some of the important aspects related to water management are highlighted below.

a) Management of water demand

Considerable amount of capital cost can be saved on projects regarding proper management of water demand. Let us consider the lacuna in the management of water in urban India. With respect to supply of water to various urban areas in India, it has been estimated that unaccounted for water is almost over 40%. Further, many times, the importance of quality of water supplied for domestic consumption is lost sight off. Due to this, sometimes, the community suffers from water borne and water related diseases due to the contaminated water. It should be the first and foremost task of the authority to incorporate schemes for effective control of quality of water as well as for undertaking systematic leak detection in water transport pipes so that the percentage of unaccounted for water can be minimised.

Wetlands play an important role in augmenting water resources and protecting water quality, maintaining a balanced ecosystem of the region and providing socio-economic benefits in various ways. The direct benefits that human beings derive from wetlands include more fresh water, the movement of water into streams and rivers and also production of fish. The indirect benefits include flood control, recharge of aquifer and storm water protection.

During the last century, India has lost nearly 50% of its wetland due to human settlements, urbanisation, industrialisation and agricultural activities. To increase the water resources, both on the surface and in the aquifers, it is essential to protect natural as well as manmade wetlands including tanks and ponds. Therefore, wetland management should be given high priority. More new wetlands should be created and developed. In rural as well as urban areas wherever possible, new tanks and ponds should come up.

Rivers carry most of the rain water and deliver nearly half of it to the ocean. In view of this, at suitable sites of the rivers, small dams and barrages should be constructed to store and supply water during summer and winter months to the consumers. In addition to this, the catchment areas of the rivers should be covered with trees to conserve the soil, which otherwise is washed out by water and fills the rivers reducing their water carrying capacity. Further, by making catchment areas green, it would be possible to increase the ground water resource through better perculation of rain water.

Rainwater harvesting, both on the surface and recharging the aquifers, is the most important and immediate task for improving fresh water resource for domestic and agricultural purposes. The traditional water harvesting methods in India depend on local conditions and include practices such as bunding, pitting, micro catchment, etc. These practices being simple and sure to implement and low capital investment, should be practiced increasingly both in rural and urban areas with certain modifications using modern technology. In this regard, it is interesting to cite that, prior to 1950, in Balangir district of Odisha, where traditional water harvesting structures were used, more than 52% of the agricultural land could be irrigated. But at present, the modern irrigation projects applied in this region failed have to achieve even this target. The traditional water harvesting systems widely adopted particularly in Western Odisha were developed centuries back. These include bandh (traditional pond), Munda (semicircular structure), Kata (a large munda), Chahala (rectangular tank dug within a paddy field without any embankment), and Sagar (a structure measuring around 8 hectors and situated just below hills).

Such systems were developed keeping in view, the topography of the region, rainfall and the extent of water needed locally. The structures were used for harvesting rainwater and managing these very skillfully while keeping the bio-diversity and ecology of the region in good shape. The management systems were very skillfully framed to benefit the largest possible number of people in the area with minimum cost. It is suggested that by applying modern technology, this type of water harvesting should be popularised so that it goes a long way in solving water scarcity for irrigation as well as for domestic purposes with comparatively much less investment.

In view of water scarcity both in the rural areas and outskirts of urban areas, various efforts should be made to improvise the traditional methods and develop more surface water reservoirs at suitable sites for collecting maximum amount of rainwater.

The artificial recharge of rainwater to the aquifer is a process by which the ground water reservoir is augmented at a rate exceeding under natural condition of replenishment. Since most of the water required for agriculture and domestic purposes is extracted from the ground in India, it is necessary to recharge the aquifer during the rainy season at convenient sites. This would help to arrest the decline of ground water level, rather can increase ground water reserves as well as improve its quality by dilution.

Mines, mineral based industries and other such industries require huge quantities of water and these are met mostly from nearby rivers at present. This practice has already caused conflict between industries and local villagers and farmers. With the increase in mining and industrial activities, their water requirement is likely to go up considerably in the years to come. In view of this, mines and industries should properly plan and implement rainwater harvesting at suitable sites along with recharging the ground water to meet most of their water requirements. In addition, they should reuse their waste water after proper treatment. In this regard, there should be well defined national rules and regulations and these should be strictly implemented and managed.

There is a great scope to harvest rainwater in the mine pits of most of the mine areas of India. There are about 2500 mines in the country, extracting more than 618 million tons of minerals annually. The water holding capacity of fresh mine pits created every year, is estimated to be around 300 million cubic meters. Rainwater harvesting in the new as well as old mine pits will not only fulfill the water requirements of the mine region but also can supply extra water to the nearby villages and townships with necessary treatment. It is estimated that the mine pits created every year in India, can harvest water, which can meet the domestic consumption of more than 30 million people.

As agricultural activities use about 65% of the available water in the country, water economy and conservation measures have to be properly planned, monitored and managed in this area. Besides harvesting rainwater on small and medium scale at suitable sites, better irrigation methods like surface, sprinkler and drip irrigation methods should be practiced. In both surface and sprinkler irrigation, nearly 25% of water is lost through evaporation, whereas in case of drip irrigation, only 5% loss due to evaporation takes place. In Israel, due to acute water scarcity, nearly 50% of land in that country adopts drip irrigation. In India, efforts should be made to develop cheap drip irrigation equipment and should be popularised by subsidising the system.

The government should encourage farmers to grow crops needing less water and also develop methods using less water for crop production. For example, experiments in Guangxi province of China have proved that, at some stages of its growth, paddy actually benefits from lower water levels and it has been possible to grow more rice using less water. In the year 1992, by using 5907 m3 of water, it was possible to grow 5866 kg of rice by the conventional method, where the paddy fields were continually submerged in water. But applying the new technique, it has been possible to increase the rice yield to 6534 kg by using only 4659 m3 of water. Similar practices should be explored and used in India to economise water consumption.

We should realise that rainwater may be nature’s gift but the water which we use particularly for drinking and other domestic purposes is supplied to the consumers, a lot of public money is spent on its purification and supply. The money spent should be realised from the consumers. Similarly, the water required for agriculture, industries and commercial organisations should also pay for the collection, operation and maintenance of the water supply systems. The pricing of water should be done to provide revenue to recover all expenditures to make the water utility self-supporting and also to provide funds for future expansion. In this way, dependence on outside capital is minimised. For all sectors, water tariff rate should be increased with increase in consumption slabs, so that the consumers can be economical in water consumption.

It is very heartening to find that, recently, the Government of India has given high priority for water resource management under “Mission Pani”. The government should do the needful to augment water resources, including harvesting rainwater in various ways, both on the surface and under the ground,estimate the needs of water in various sectors, conserve it and manage the resource in an efficient manner, so that the country is able to achieve sustainable socio economic development. Drinking water to all throughout the year, should receive the highest priority. Public awareness about water resource management and their involvement in different ways to conserve and judiciously utilise the water are essential, for making “Mission Pani” successful.

BJB Campus On Boil Again, Plus II Students Burn Tyres To Protest This Decision Of…