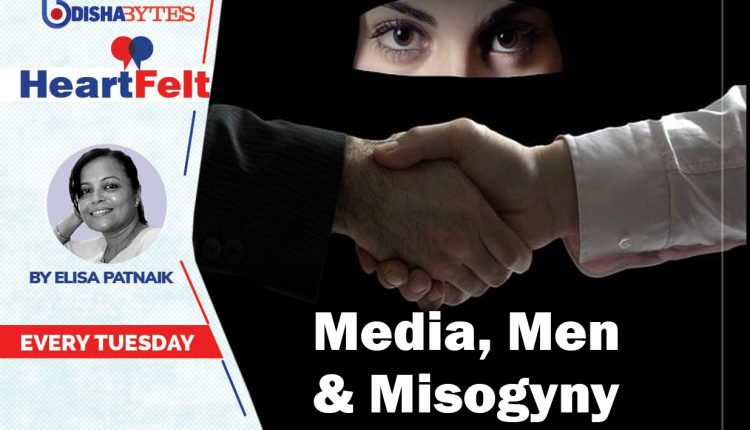 The last month of this year saw two terribly misogynist articles by so-called credible media personalities. And they were writing about two successful, independent and plucky women who have chosen to chart their own territory. The articles were intended to be critiques of these two women’s personal and career decisions. But it was more about the clothes they had decided to wear, the life they have chosen to lead
and the wrong decisions that they have taken.

The language clothed in misogyny, a vile language with scant regard for their accomplishments reeked of sexism. What’s worse is the acceptance and release of such misogynist judgements by the media houses.

In an article titled ‘A bikini is a bikini but is the ‘Pathaan’ team colour blind?’ published in Firstpost, the author Subhash K Jha argues how actress Deepika Padukone has made the biggest mistake of her life by wearing a ‘saffron’ coloured bikini and also how she completely lacks the oomph factor to wear one! In the article, veteran film journalist Jha wonders if the celebrated actress and the Pathan movie team are ‘colour blind’ since the actress flaunts an orange (read saffron) bikini as ‘saffron is  the symbol of  the nation.’ Then he goes to say, “And let me tell you, the bikini in saffron or any other colour, looks awful on Deepika. Can we imagine Madhubala or Waheeda Rehman in a bikini? Deepika is beautiful in the classic sense. She is tall, statuesque and best when wrapped in mystique.”

All these statements, mind you are all figments of Mr Jha’s imagination or more like his personal opinions, mind you. He then writes how Deepika is all about enigma, and not at all about oomph and that “It is lugubriously transparent that Deepika wants to be Priyanka Chopra when she is clearly not cut out for the oomphy stuff.” Is this journalism, seriously? Especially drawing conclusions from a pre-released song
from a movie yet to be released. Basis the choice and colour of clothes that a highly successful actress with a mind of her own decides to wear.

It’s preposterous the way all his examples in the article are about female actors. He writes, “why do actors always want to be what they are not? Jaya Bhaduri at the prime of her stardom decided to glam up for Jawani Diwani and Dil Deewana when saadgi, austerity minimalism were clearly her forte. Waheeda Rehman with her classique beauty and enrapturing elegance suddenly  got into pants and pencil heels  in Shatranj and Love In Bombay.”  He says how Waheeda Rehman confessed to him about how horribly wrong she was for the glammed-up roles. But what if, Deepika Padukone is no Waheeda Rehman, knows what she is doing and wants to glam up? What if it’s her choice to wear a bikini?

In another deeply sexist and deplorable article written about Meghan Markle, British media personality Jeremy Clarkson wrote how he hated the Duchess of Sussex on a cellular level” and that she is an “unhinged monster.” Referencing a famous scene from Game of Thrones, Mr Clarkson wrote, “At night, I am unable to sleep as I lie there, grinding my teeth and dreaming of the day when she is made to parade naked through the streets of every town in Britain while the crowds chant, Shame! and throw lumps of excrement at her. His article came amid the release of Meghan and Prince Harry’s Netflix docuseries, in which the couple opened up about the social media threats that they have received in recent years. The article provoked a strong response and led to a large number of complaints to IPSO, the independent press regulator and was even termed as “sexualised violence against women” by some. It was pulled from both the website and archives of The Sun after a week.

It is astounding what is accepted in the name of freedom of expression and free speech in the media. And it is often misogyny and patriarchy that are propagated in the name of free expression and honest opinion. What the media houses and writers fail to realise is that with free expression always comes responsibility and that words have impacts and consequences. Women have time and again been at the receiving end of misogyny, and bullying in the media including online hatred and threats. They have been increasingly sharing their experiences of being bullied, harassed and intimidated online including threats of death and sexual assault.

A woman who dares to have a different opinion or an opinion even and is brave enough to express it is quite often personally targeted and brutally trolled to either silence her or teach her a lesson. Very often misogyny masquerades as critique and low-level sexist attacks qualify to justify the so-called faults or errors of judgment on the part of the women. It resorts to sexist attacks to denigrate a woman
or to justify that her decisions are wrong, inappropriate and selfish, exposing the hollowness and absurdity of what goes by the name of free expression and critique. We hardly witness such vicious attacks on men. And by men.

The media is and media persons are opinion makers and influence and shape public opinion through their words and writing and thus have extra reason to be conscientious about what they are expressing. And the views of so-called powerful and influential media persons are revered and also emulated by some. Quite often personal opinion shaped by sexism becomes public opinion too soon and is dangerous. It does nothing except reinforce and spiral the vortex of everyday sexism.