Mumbai Braces For First Ever Cyclone: How & Why? 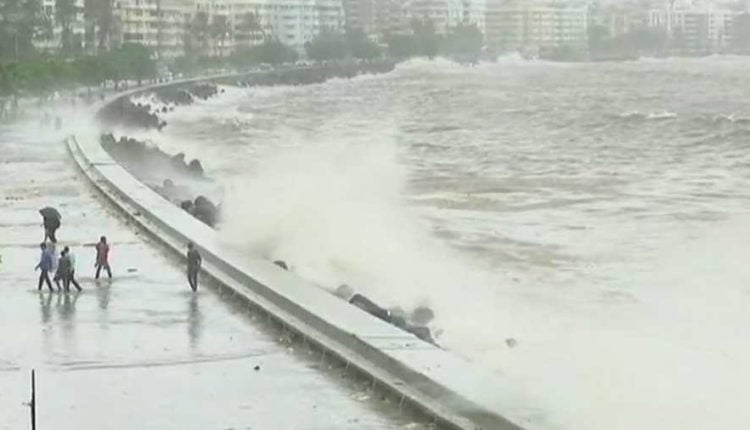 Cyclone Nisarga is expected to make a landfall in Mumbai on June 3. If it does, it will be the city’s maiden cyclone and also a record in its climatic history. Mumbai has never been hit by a cyclone.

This will be the second cyclone to have developed over the Arabian Sea within less than a month, after Cyclone Amphan, that hit West Bengal and Odisha on May 20.

The cyclone, which is expected to make landfall just 110km north of Mumbai is likely to trigger flash floods all along Maharashtra’s coast, including in the metropolitan region. Wind speed could reach 115kmph, with gales of up to 125kmph. There could be flash floods in Sindhudurg, Ratnagiri, Palghar, Thane, Mumbai and Nashik.

Why is Mumbai facing its first cyclone ever?

The reason for Mumbai’s low risk lies in the weather dynamics of the Arabian Sea. There are one or two cyclonic formations every year in the sea on an average, far fewer than in the Bay of Bengal, reported Times Of India (TOI).

“When they do form, they tend to go west towards Oman and the Gulf of Aden. Or they head north towards Gujarat, as with the 1998 cyclone that killed thousands, or last year’s Cyclone Vayu. This typical north/west trajectory springs from a few factors. Easterlies nudge the system away from the northwestern coast,” Professor of Mechanical Engineering at IIT Bombay,  Sridhar Balasubramanian was quoted as saying in TOI.

“A pre-monsoon formation of an area of high pressure, known as a subtropical ridge, along the western coast also creates a barrier. Cyclones tend to move along the ridges. Even when a strong cyclone forms, it can weaken as it approaches land,” he added.

“Generally, the dynamics near Mumbai are not conducive for cyclones to thrive,” Professor Balasubramanian told TOI.

Quoting a 2015 Princeton study, TOI said there was a rise in cyclonic activity in the fast-warming Arabian Sea. Last year saw five of eight Indian Ocean cyclones forming in the Arabian Sea, the most since 1902.

In an interview with TOI, Columbia University professor Adam Sobel, said his models showed that cyclone risk for Mumbai “is strong enough to generate a significant storm surge as a several-hundred-years event”. This means the probability in a single year is a fraction of a percent. However, he also noted that like in Mumbai, hurricanes in the Atlantic Ocean had never turned towards New York, until Hurricane Sandy did in 2012 lashing the city with a six-foot storm surge.

Jagannath Temple Snana Yatra: Sec 144 To Be Clamped In These Areas In Puri