My Mother Will Be An Inspiration For Santhals, Says Droupadi Murmu’s Daughter 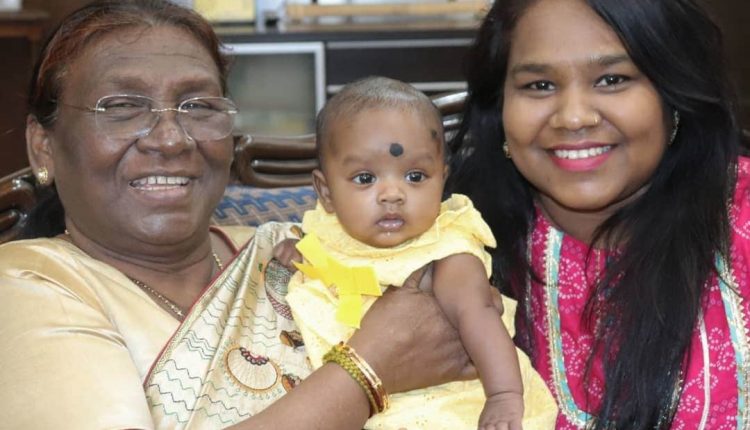 Bhubaneswar/Mayurbhanj: Itishree Murmu was attending to her three-month-old daughter when she received a flurry of phone calls. The congratulatory calls from well-wishers and relatives confirmed the news she had been longing to hear.

Her mother Droupadi Murmu had officially been announced the Presidential nominee of the BJP-led NDA government.

“My area was facing a power cut when the news broke. Our relatives broke the news to us. When electricity was restored after 10-15 minutes, I saw the news myself on the television,” said Itishree over the phone.

The 35-year-old Itishree, a bank employee in Bhubaneswar, is currently on a maternity break.

The name of Droupadi, a politician and former Jharkhand Governor, had been doing the rounds in the media for quite some time. However, her family didn’t believe it until the news flashed on the television.

“My mother’s name had cropped up in the 2017 presidential elections also. So, I waited for the official announcement. I had never thought my mother would be considered for the highest office in the country. I am quite overwhelmed,” Itishree said.

Born in Rairangpur in Odisha’s Mayurbhanj district, Droupadi, who is from the tribal community of Santhals, served in various capacities before getting prominence in national politics.

She served as a teacher in a local school and entered public administration first as a councillor and later as vice-president of BJP’s Scheduled Tribes Morcha. She was elected MLA twice on a BJP ticket in 2000 and 2009. Under the BJD-BJP coalition in 2000, she also served as Minister for Commerce and Transport and Fisheries and Animal Husbandry. In 2015, she was appointed as the first Governor of Jharkhand.

“My mother has always strived to serve the public, irrespective of the role assigned to her. She created her own ladder of success and kept climbing through hard work. She had never thought of becoming President but kept working diligently,” said Itishree.

The 64-year-old suffered several setbacks, losing her two sons and husband between 2009 and 2014. Devastated, she turned to spirituality but didn’t give up on social work.

“She has a lot of patience. Jab saare darwaze band ho jate hain, tab bhi wo patience nahin chodti. (She remains patient even though there is chaos all around). Patience and staying down to earth are some of the qualities I have learnt from her,” said Itishree.

With support pouring from the Naveen Patnaik-led Biju Janata Dal, Droupadi has the numbers in her favour to become the next President of India. If it happens, she will become the first tribal and only second woman President of India. Her success, her daughter feels, would empower the Santhal community at large.

“There are a lot of taboos and social barriers in the Santhal community which prevents young girls from achieving big. There are a lot of stereotypes associated with the tribal and the community needs a lot of exposure. Hopefully, my mother’s story will serve as an inspiration to the Santhals and also help in our upliftment,” remarked Itishree.