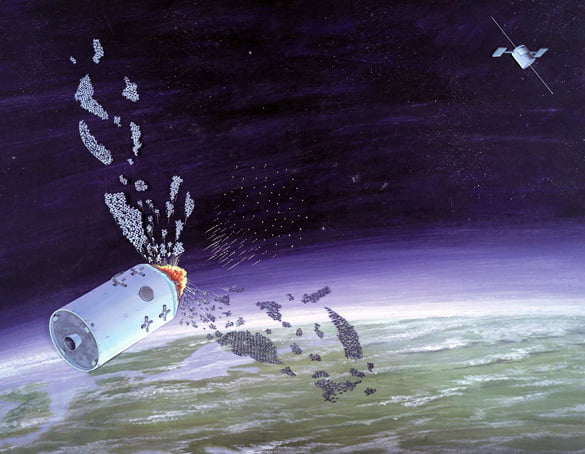 Washington: The National Aeronautics and Space Administration (NASA) has pressed the panic button over the possible threat to the International Space Station (ISS) from India’s A-SAT test carried out last Wednesday.

NASA administrator Jim Bridenstine on Tuesday described the situation as a “terrible thing”, and said it was “unacceptable” as it has increased the dangers for astronauts aboard the International Space Station by 44 per cent.

The agency has identified “400 pieces of orbital debris” after India shot down a satellite with the help of a missile that was launched from the APJ Abdul Kalam Island off Odisha Coast.

“That’s what has been identified, but all of that cannot be tracked. We are tracking about 60 pieces right now — these are objects that are 10 cm or bigger. Of these 60, we know that 24 of them are going above the apogee of the ISS,” he said. Apogee is a point in orbit which is furthest from the Earth.

The test was carried out under India’s Mission Shakti initiative and its achievement was announced by the PM during a televised address. The success of the mission puts India among the world’s advanced space powers and is only the fourth country after the US, Russia and China with the strategic capability to hit and destroy satellites.

Bridenstine added the event has led to new risks for astronauts aboard the International Space Station.

“We are learning more and more every hour that goes by about this orbital degree field that has been created by the ASAT test. Since last week, the risk of small debris impact to the ISS has increased by 44 per cent.” He, however, added that the astronauts and the ISS are safe and “if we need to manoeuvre it (the debris), we will.”

Nominations Begin For 4th Phase Of Polls In Odisha