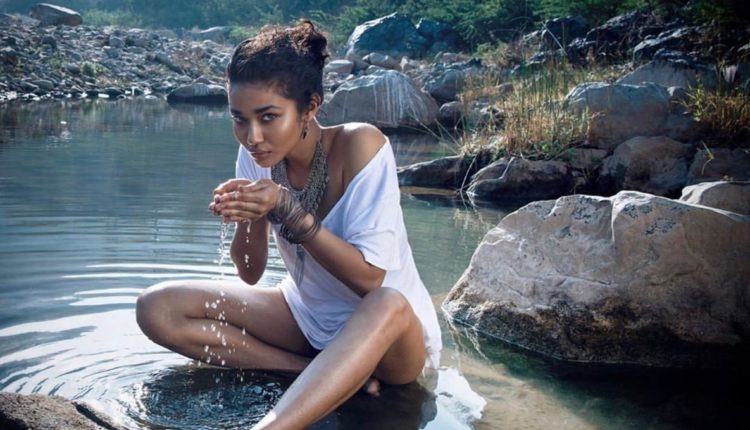 Bhubaneswar: In the long list of celebrities who have endorsed fairness products, an Odisha-born globally-recognised professional stands out among the handful who refused to be part of a dark narrative, defining beauty as anything but ‘Fair and Lovely’. This cross, which our society has been carrying since aeons is deeply ingrained and flawed.

As a budding model, it takes a lot of courage to refuse an offer to endorse a leading brand. Call it chutzpah, but Bhubaneswar native Naisha Bhargabi said no to modelling for Fair & Lovely.

Her response was, “First, I am not fair. Second, it would be a disrespect for my mother and grandmother from whom I inherited my looks and skin tone.”

It is ironic, that when trolled recently, Hindustan Unilever Limited opted for a cosmetic makeover of its flagship skin brightening cream by renaming it rather than discontinuing the product.

“It is a bad product and the company should pull it down. It should also apologise for perpetuating the bias and instigating those born with brown skin on a path of self-abuse because it does not end with applying a whole lot of cream on the face,” said Naisha. 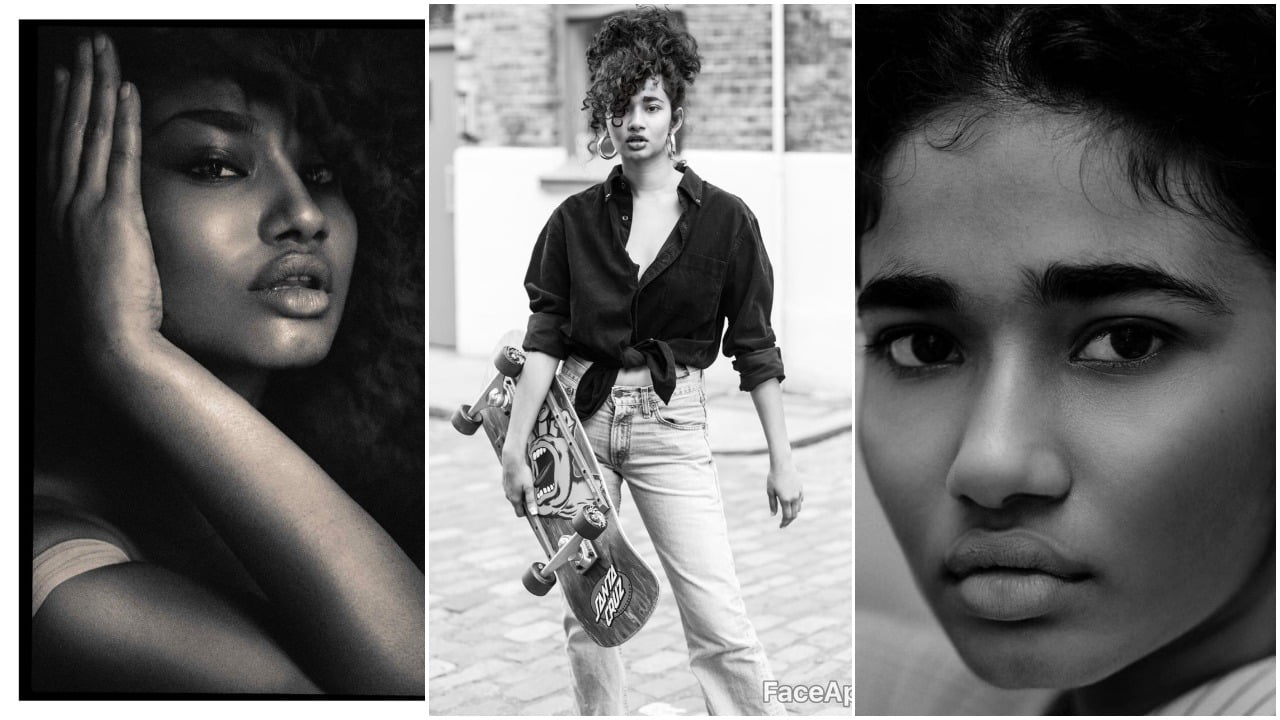 The model-actor stressed the need to start a conversation and help people accept themselves as they are. “We badly need to shake off this colonial hangover,” she said.

The face of global brands like Maybelline, Micromax, awards-nominated Clear Shampoo social campaign, GQ S Jeep Calendar national campaign, L’Oréal, and Sony, Naisha too had to fight this deeply held cultural perception on race and beauty in her way up the ladder of success. 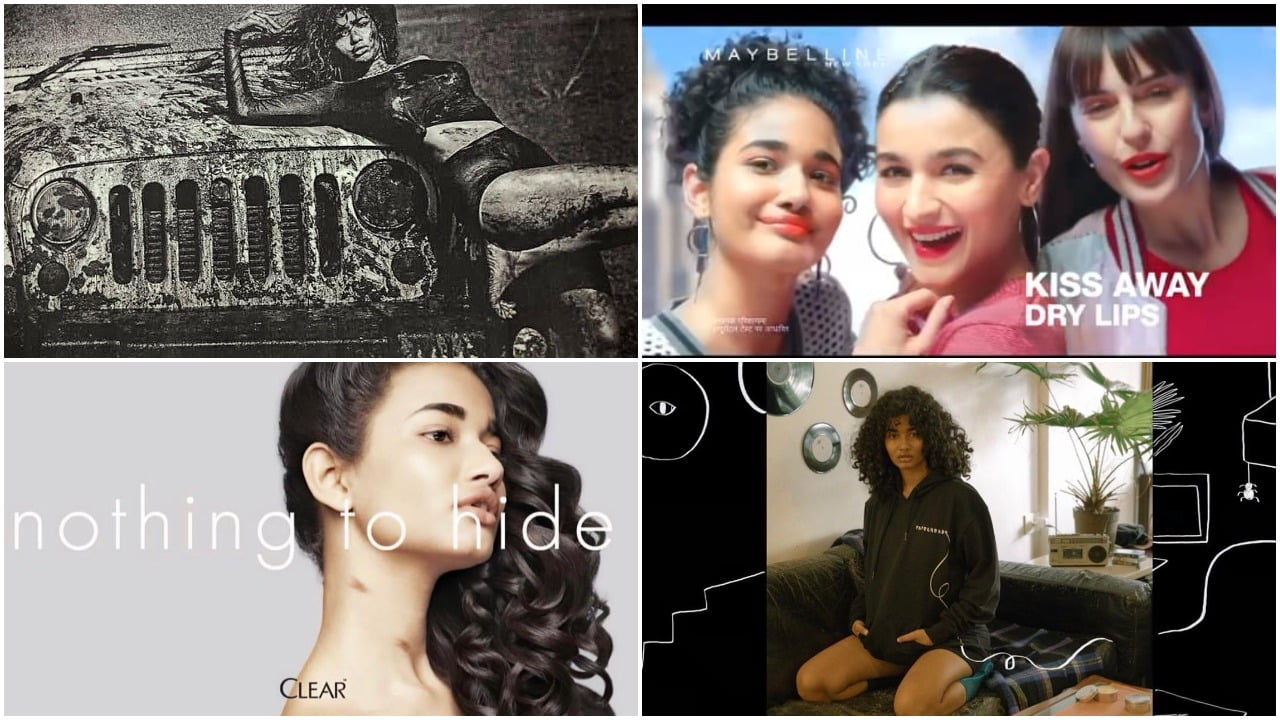 “Even in school, people would call me names like ‘gorilla’, ‘chimpanzee’ and ‘porcupine’ because of my untamed tresses (she has beautiful curls). There was such a negative connotation to them. Words of sympathy would pour in for my parents for having such a dark-skinned child,” she said.

This had a profound effect on her confidence as a young girl and the way she saw herself. “It took me very long to love myself. I also suffered from low self-esteem and bouts of depression as the people I came across were educated but not progressive. It is during such trying times that one needs robust family support and fortunately, I had one. My family gave me wings to fly and the liberty to bloom the way I am with no additions or subtractions as dictated by society,” said Naisha, who featured in Elle magazine’s ‘Face of the Freedom’ issue at the very start of her modelling career. 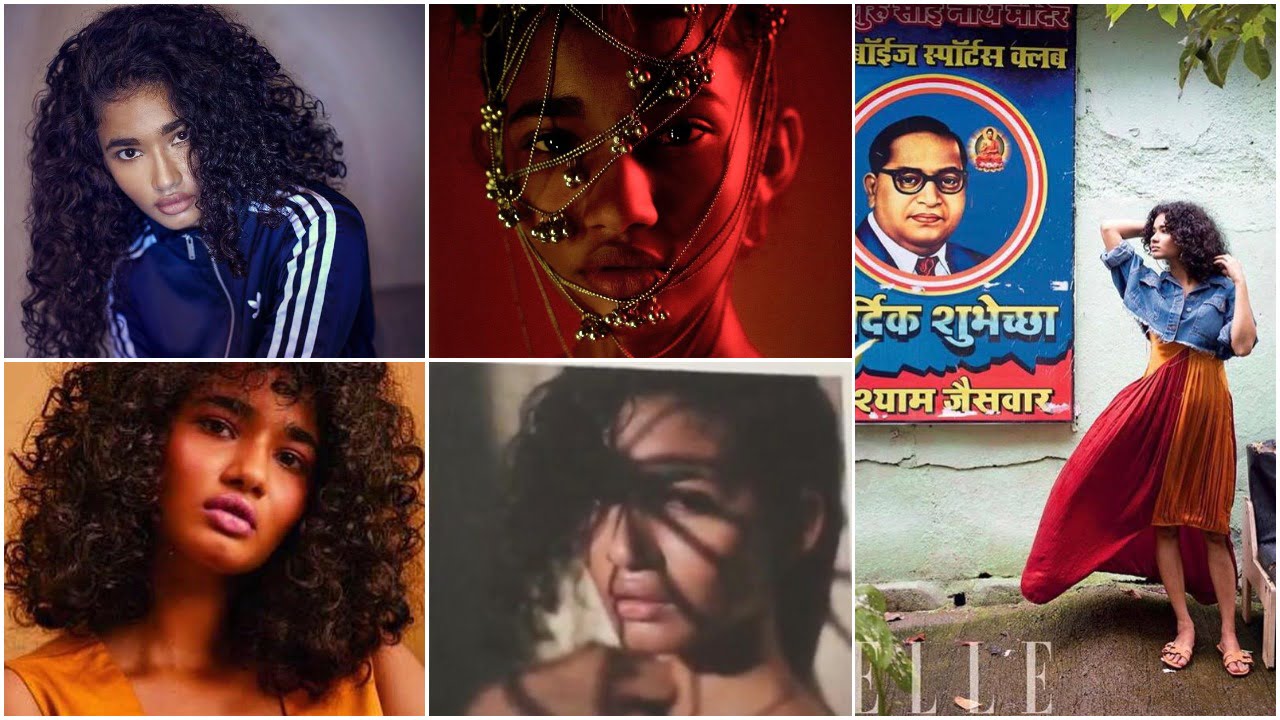 She bagged her first commercial while pursuing her Bachelor of Arts from Mithibai College of Arts in Mumbai. It was the Eveready batteries ad with Khiladi Akshay Kumar! She was only 16 then.

Obsession with lighter skin and discrimination against those with a coloured one also plagues the world of glamour. “Those calls for an audition in the initial days made the preference for fair-skinned girls clear and loud. Even for a hand modelling assignment, the message categorically stated the abhorrence for girls with a darker skin tone,” she said.

She dissociates herself from any campaign which requires her skin colour to be made two shades lighter to adhere to this societal bias.

“My agents never come to me with offers in which I have to make any changes to my hair or skin tone,” she said. 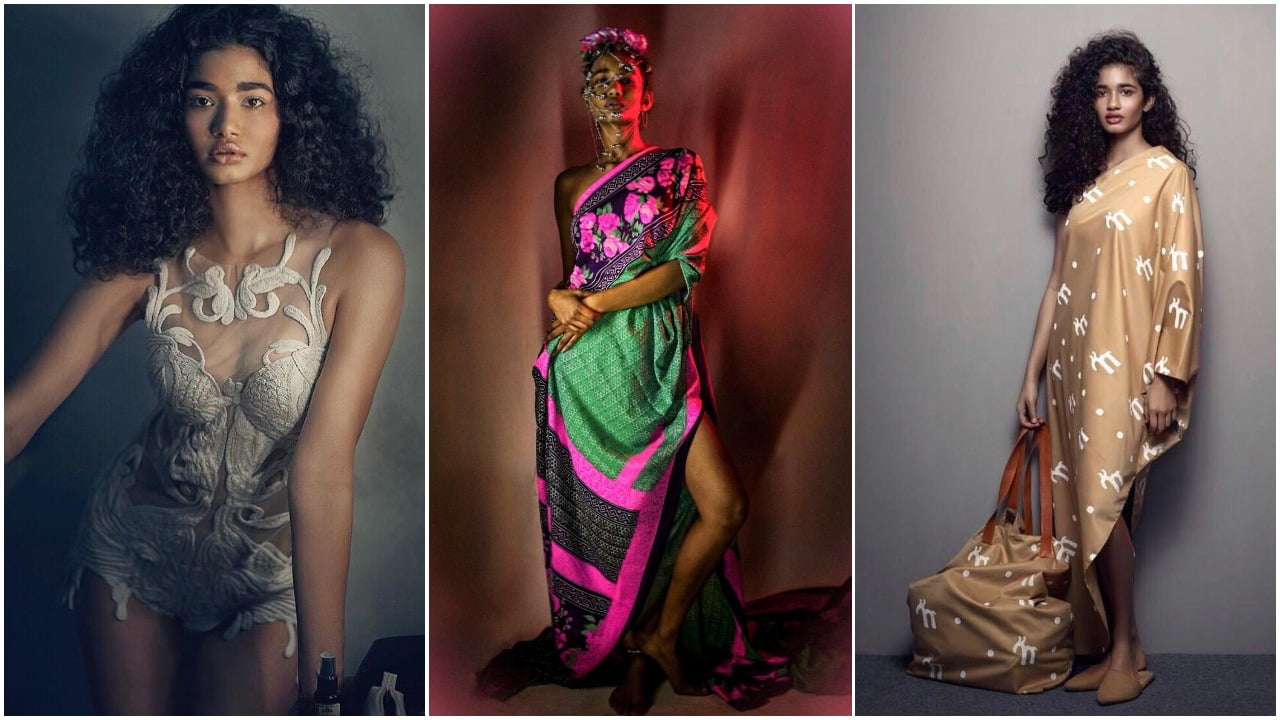 She has also shot for designers Masaba Gupta and Surya Sankar. “I only have fond memories from the shoot with Masaba as I felt she understood me. My favourite is the young happy ad for St Ives,” said the 24-year-old, who has also modelled for Myntra and Lifestyle. 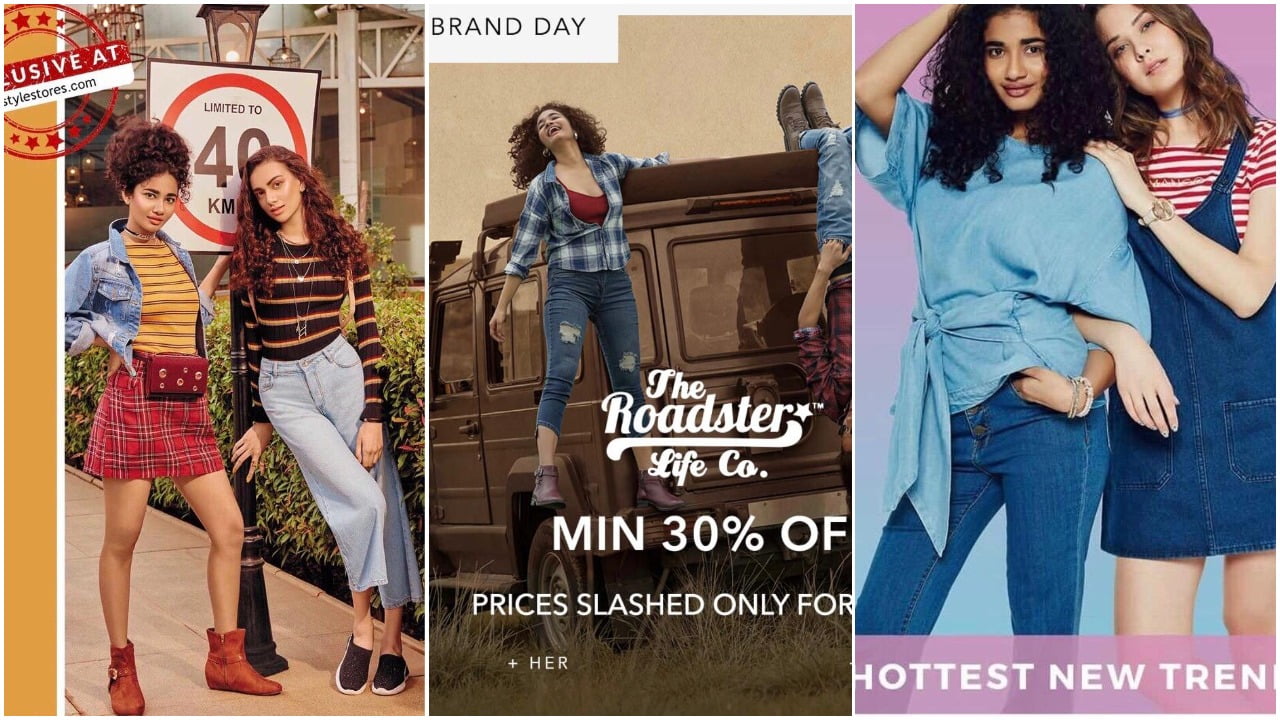 Her confidence, poise and attitude have been captured by Sooni Taraporevala of Elle Magazine, Vogue’s Signe Vilstrup, Colston Julian for Sony and Germany-based photographer David Diwjak for New York-based Pursuit of Portraits. When Adidas hired acclaimed photographer Julian to photograph a new campaign for them, he chose Naisha as the face.

India is toeing the international trend of projecting diversity and making the modelling industry inclusive by picking models of all skin tones but the effort leaves much to be desired, she added.

Amid the coronavirus-induced lockdown, Naisha has also shot a digital campaign for Bumble, a dating app.

A trained Hindustani classical singer, she is also working on an English music album. “I have penned eight songs and also composed their music. I recorded them in my studio at home. It is in post-production stage and I hope to release it by the end of this year,” said this student of Lee Strasberg Theatre and Film Institute, New York, where she has two more semesters to complete.

It is here that she dabbled in jazz and contemporary music and also learnt piano. 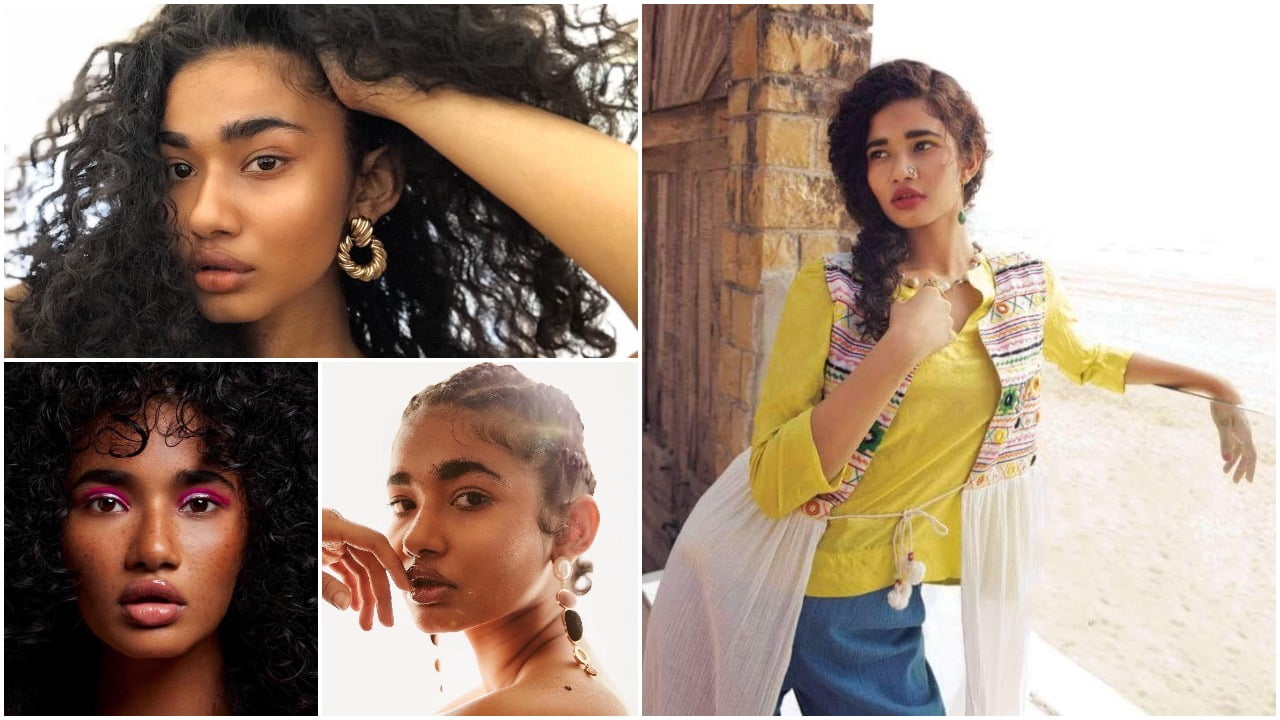 This is not all. This talented young girl, who misses Dahibara Aloodum and longs to be back home in Odisha, will soon be seen in award-winning director Rohit Mittal’s upcoming film ‘Step In’. She will also be starring in Tamasha Talkies production ‘A Week of Monday’ to be directed by Tabrez Noorani, known for ‘Love Sonia’, ‘Slum Dog Millionaire’ and ‘Life of Pi’.

Despite all this recognition, every time she steps out of her house, there is an elderly aunty advising her to apply turmeric and saffron paste to get white skin. “It is not easy to fight prejudice, courtesy years of conditioning. People are opening up to this discussion, but we have to cover a long way to make up for the collateral damage that this discourse has had,” she said before signing off.