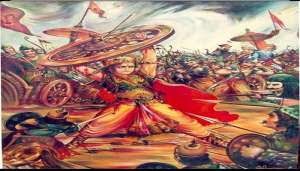 I joined as Principal, Forest Rangers’ College (FRC), Angul, in September 1989 and continued for three years. One of my predecessors, Subash Chandra Mishra, gave me some friendly advice: “Be careful, sometimes tarnished officers are posted as Instructors in FRC as a punishment. I had once caught one such Instructor who instead of imparting training on professional matters was discussing how to manipulate vouchers and make money from field operations.” Luckily, I did not face any such issue as all the Instructors who worked with me were quite competent and committed.

However, the words of Subash prompted me to repeatedly emphasize on importance of professionalism and personal integrity during my interaction with the Range Officer Trainees. Academically, most of the trainees, who had qualified as Range Officers, were highly qualified and I felt some of them had potential for higher positions. I encouraged and guided, particularly three trainees to have a crack at the Indian Forest Service (IFS) recruitment test. I am happy that one of them Ranjan Mishra, qualified in the 1993 batch of the IFS and has made a mark as an excellent officer in Uttarakhand cadre.

My insistence on maintaining a high level of integrity had some hilarious and one very tragic consequence. As I encouraged my trainees to give up inhibitions and express their problems candidly before me, they kept in touch with me even after their training period. One of them narrated an interesting experience on his first field posting. “Sir, a very senior officer was on tour in my division. His driver gave me a list of articles which included, toiletries, undergarments, ready to eat snacks, a torch; some sort of a monthly shopping list and told me that these are to be purchased for the concerned officer. Sir, as taught by you I didn’t want to accede. Moreover, I thought why such a senior officer would ask for such a petty favour, it must be the mischief of the driver to get stuff for himself. I gathered courage and met the officer and narrated the whole thing. He took the list from me, gave me a very sarcastic smile and asked for a pen. I apprehensively handed over my pen. He just put a long curly bracket covering the list of articles, a multiplication symbol and the number ‘2’. He said, ‘it seems you didn’t have proper training; this is your punishment for that, now procure double the number of each item’. I came out sweating and cursing you. All my colleagues had a hearty laugh at my predicament.” The officer concerned was a known black sheep in the department and had the reputation of being a sadist besides being corrupt.

A trainee of the first batch who passed out during my tenure was undergoing on-the-job training prior to getting a regular posting. He was smart, energetic and sincerely believed in my advice on integrity. Towards the last part of field training, he got a tip that smugglers were planning to cut some Sal trees and transport the logs in a truck. He immediately mobilized his staff and rushed to the spot and apprehended a truck carrying freshly cut logs inside the forest. Lo and behold! the local forest guard was sitting in the truck. He brought the truck along with the logs to the range office campus. The villagers alleged direct involvement of a local politician, a police officer and a forest officer. When the raid was conducted some people sitting in the truck abandoned it and ran away and the villagers were convinced a police constable and a henchman of the politician were amongst them.
Next day onwards he was under tremendous pressure. It was impressed upon him that the truck was officially hired to transport illicitly felled timber from forest to range headquarters and that is why the Forest Guard was accompanying the truck. He was told that all the people who fled (when the truck was seized) were labourers, engaged for salvaging and loading of the material, who panicked and ran away. He was strongly advised that he should not get into the ‘mess’ under the given circumstances and should submit a report that the truck was engaged to salvage timber felled by unknown miscreants. But he was not convinced and insisted on forwarding the case to court for a fair trial. He was as such on orders of transfer to join another range on regular posting. So, he wanted to wind up things and leave at the earliest. The morning he was supposed to leave for his new place of posting, his body was found hanging from the ceiling fan of his room.
When I heard this, naturally I was very upset and took up the matter with the concerned Superintendent of Police whom I knew personally. He promised to get the whole thing thoroughly investigated. But after investigation the case was closed as a case of suicide. I found it very difficult to convince myself that he did take the extreme step. Why should he? He was married only two years back, he had a two-month-old boy and he was all set to leave for his new place of posting the next morning. He also had the soft option of submitting a report that the seized logs were officially salvaged. How could a person, who valiantly decided not to compromise his integrity and not succumb to extreme pressure, commit suicide? The circumstantial evidences did not point towards any foul play as no one, just no one, came forward to corroborate or speak out.
The society failed to stand by an upright officer. All I could do was to facilitate his wife getting appointed as a junior clerk in a forest division.

These two instances reminds me of the quote of Martin Luther King, Jr.: “The ultimate tragedy is not the oppression and cruelty by the bad people but the silence over that by the good people.”

After Taking Charge, Odisha DGP Bansal Prays At Jagannath Temple In Puri After It Reopens