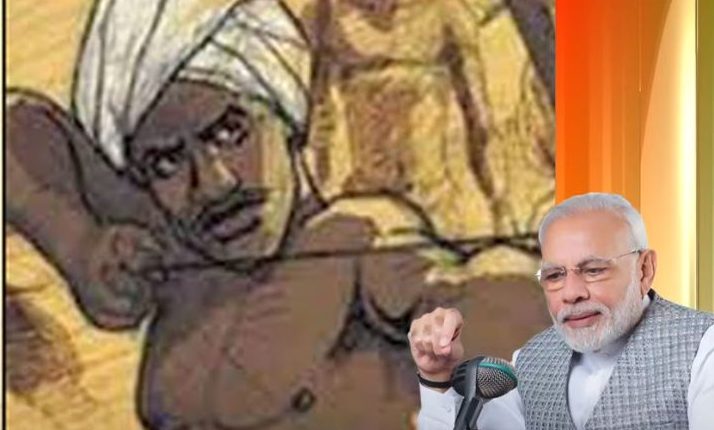 The PM said that he taught us to be proud of our culture and roots.

“Bhagwan Birsa Munda was always at the forefront while helping the poor and the distressed. He also made society aware of eliminating social evils. Who can forget his leadership during the UIgulan movement,” Modi said.

Incidentally, India’s largest hockey stadium, which is coming up at Rourkela in Sundargarh district, has been named after this tribal leader. The stadium is being built to host the 2023 Men’s FIH Hockey World Cup which will be held in Odisha.

His is the story of the emancipation of tribal people, who were subjected to prolonged suppression by the Britishers. He is worshipped as ‘Bhagaban’ by the community.

Birsa Munda is known to have mobilised this community against the British and forced them to introduce laws protecting the land rights of the tribals. He spearhead the Millenarian movement that arose in the Bengal Presidency comprising western districts of Bengal, Bihar and Odisha.

Born on November 15, 1875, he belonged to the Munda tribe in Chhotanagpur Plateau area. On the advice of his teacher Jaipal Nag at Salga, he converted to Christianity to join the German Mission school, but soon opted out of it and started the faith of ‘Birsait’, a sect which posed a challenge to British conversion activities.

The Sardars agitation had a strong impact on his young mind and he soon became a part of the anti-missionary and anti-government programme.

Birsa Munda had organised his first protest march for the remission of forest dues when the great famine of 1895 broke out. He gave his clarion call to the tribals in his own language “Maharani raj tundu jana oro abua raj ete Jana”. In other words, he wanted the tribals to end the rule of the queen and re-establish their own kingdom.

He was arrested on March 3, 1900, while he was sleeping with his tribal guerilla army at Jamkopai forest in Chakradharpur. He died in Ranchi jail on June 9 that year at the age of 25.
Also Read: 1939 Amko Simko Massacre: Odisha’s Tribal Agitation Which Is Yet To Be Recognized
Share FacebookTwitterGoogle+ReddItWhatsAppPinterestEmail

Karva Chauth: Know What Women In Odisha Have To Say About This Festival Of Fasting & Feasting