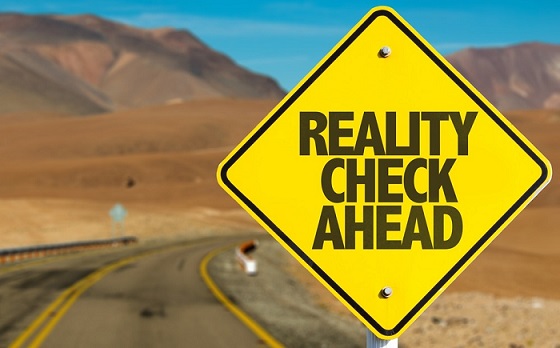 Raja Reddy, an IFS officer of 1984 batch from Andhra Pradesh, was posted for on-the-job training (OJT) in Khordha division. He got down from train and proceeded straight to the Divisional Forest Office. When he entered the DFO’s chamber around five in the evening, his mentor Bibhuti Routray was busy. Routray waved at him to sit down and continued with his work. After about two hours he looked up and gave Reddy a quizzical look. He again introduced himself. He said, “Good that they have posted you under me, I will give you a tough time, but you will learn a lot.” He straightaway asked Reddy to accompany him for night patrol. They travelled like mad in the forests. Around midnight after having dinner in a dhaba, Routray lied down on a cot to have a nap and Reddy wondered what had struck him on the very first day. They reached the DFO’s residence around four in the morning. Routray asked the driver to drop him in the Forest Rest House (FRH). But Reddy had not shifted there as yet. So, he had to sit on an office bench in the company of the Chowkidar till morning. Routray came to know about this during the day; “Why didn’t you say that you still hadn’t shifted to the FRH? So, this is today’s lesson, without good communication skills, you will be in a mess.”

Sandeep Tripathi from 1984 batch was posted for range training in my division. Besides giving him a free hand to manage his range, I delegated him some tasks that needed application of mind. One day in the morning, I got a message that a young girl in a remote village had been trampled by an elephant. I asked Sandeep to rush to the spot. Late in the evening I met a very agitated Sandeep, “How can people treat a huge animal like this?” It so happened the tusker raided a house for paddy and the frail teenaged girl tried to shoo it away with a small stick. “You cannot drive away even a buffalo with that and she was hitting a giant with it! Interestingly, the elephant retreated twice. But on the third occasion, it reportedly trampled the girl, perhaps out of sheer contempt. The villagers are so used to such raids by elephants that they were rather blaming the girl that she didn’t resort to the right techniques.” For Sandeep, an urbanite from Jhansi, it was a cultural shock.

Mita, a Delhiite from 1988 batch after marriage to her batchmate Debidutta Biswal, had her cadre changed to Odisha from Assam. She joined in my division for range training. One day while I was about to leave for a field tour, she told me, “I have got reliable information that one politically connected person has stored illicit timber in his house. I want to conduct a search to recover the logs. This will have a good impact on smuggling activities in my range.” I knew she would deftly handle the situation.

When I returned after two days both Mita and Debi were anxiously waiting for me. Mita explained, “Sir, news of the raid somehow got leaked, so he was able to shift the illicit timber from his house and we could not recover anything.” I told her not to worry as many a times raids were not successful and raiding teams return empty handed. She still was agitated, “Although there wasn’t any problem during the raid but the person and a powerful local politician along with their supporters made a ruckus in my office the next day.” As it happened the local politician along with his supporters barged into the range office for a confrontation. That Mita made them wait for quite some time further infuriated them. They had gone prepared to assault the Range Officer but did not realise that they would be confronting a woman IFS officer. After a heated altercation, the politician wanted to use her telephone, but Mita instead asked him to use the PCO outside. He came out fuming and proceeded straight to Bhubaneswar to lodge a complaint with the forest minister. Since I was out of headquarters the minister talked to the Conservator of Forest (CF). And the CF gave an earful to Mita on how to deal with peoples’ representatives.

After listening to her, I realised, she might have dealt the situation with an iron hand but given the circumstances she was left with no other option. I guided her to prepare a report on the whole incident; what were the circumstances under which the raid was conducted, how she maintained her calm in the face of being physically assaulted, that she had politely tried to reason with the politician not to instigate the mob and so on. The report also mentioned, “Given the circumstances I should have lodged an FIR in the Police Station but considering that it might cause embarrassment to the government, I restrained myself and preferred to seek guidance from my DFO.” I advised her to send copies of the report to the District Magistrate and the SP.

Within hours of submission of the report I got a phone call from the politician concerned, “What she has reported is not true. I agree, I was rough with her but never threatened to assault her. Rather, she was aggressive and insulted me in front of my supporters.” I calmly told him that the truth would come out after a proper enquiry and he didn’t have to bother about it. But he said, “If Biju Patnaik comes to know that I have misbehaved with a woman officer, it will be the end of my political career. I request you not to pursue this case, I promise I will not create any problem for her in future.” I thought, “Not a bad bargain” and rested the matter there. And Mita had a very peaceful Range Training.

In life, like OJT, there is a lesson to be learnt at every step, most of them are reality checks too.