Buying gold jewellery may not be fraught with the fear of being cheated in future as India, the largest consumer of gold in the world, moves into an era of quality standardization across the country.

The Centre’s Department of Consumer Affairs issued a gazette notification on Saturday that makes it mandatory for all gold to be sold in India only under Hallmark certification.

Hallmarking will also help in the sale of old jewellery for cash or when exchanging it for new. This will definitely be a big boost for the Indian household jewellery industry that stands at around Rs 250,000 crore.

According to Manju Gupta, head of Hallmarking Division at the Bureau of Indian Standard (BIS), jewellers have been given a one-year deadline to comply with the provisions of the notification. 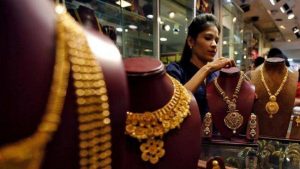 The sale of only hallmarked gold will be allowed and that too in 22, 18 and 14 carats. The jewellers will have to clear their stocks of other caratages before the deadline.

The jewellers have to get all their gold jewellery hallmarked after getting them tested at designated licensed assaying and hallmarking centres.

“Basically, the idea basically is that as gold is a very expensive item, consumers should get its real value and not be short changed,” Gupta said.

She informed that even though there are around 3–4 lakh jewellers in the country, most of them are not registered with BIS. But now, all jewelers have to register themselves with BIS to sell hallmarked jewellery items.

India produces nearly 600 tonnes of gold jewellery annually and the market contributes around 7 per cent of India’s GDP. 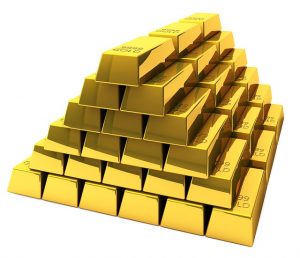 The government’s move to make hallmarking mandatory can bring about a sea change in the gold jewellery sector by giving a big boost to consumer confidence and trust.

Union Minister of Consumer Affairs, Food and Public Distribution, Ram Vilas Paswan, has said that the purpose of making hallmarking mandatory for gold jewellery and artefacts is to remove corruption and ensure that consumers are not cheated while buying gold ornaments and get the purity as marked on the ornaments. If jewellery or artefacts made of 14, 18 and 22 carat gold are sold without a BIS hallmark, then a jeweller could attract penalty and imprisonment of one year.

The one-year deadline before the rule comes into effect will help registration of jewellers with BIS and give them time to clear their existing stock as well as enable the government to set up additional assaying &hallmarking  centres to deal with the rise in demand.

As on December 31, 2019, there were 892 assaying and hallmarking centres spread across 234 districts in the country and 28,849 jewellers were registered with BIS.

BIS has been running a hallmarking scheme for gold jewellery since April 2000, but mostly on a voluntary basis.

Mitesh Khimji, director of Khimji Jewellers (Odisha’s leading jewellery retail chain), welcomed the government move and said that they were the first in Odisha and third in east India to voluntarily start hallmarking of all their products 15 years ago.

“To be on the safe side, we put one per cent extra gold to take care of even slight deviation,” he added.

Khimji explained that hallmarking was done with special laser equipment to inscribe the details of the product on the jewellery item itself, including the exact caratage, logo of the assaying centre, identification mark or logo of the jeweller, logo of BIS and the year of hallmarking.

“The problem we face is that in the hallmarking process, we lose crucial days due to the increase in turnaround time products as compared to the jewellers who did not go for any kind of certification. We have to bear detention cost and also labour cost when finished products are rejected during the hallmarking process. Now at least everyone will be brought to a level playing field,” he said.

According to Khimji, jewellers cheating consumers is more prevalent in the rural areas and smaller towns. This is because consumers in urban areas are more aware and also most of the big jewellers go for voluntarily hallmarking of their products, he added.

Vijay Khanna, North India chairman of the All India Gem and Jewellery Domestic Council, said that the government has fulfilled one of the Council’s long standing demands by making hallmarking mandatory.

“We also wanted 20, 23 and 24 carats to be brought under the purview of hallmarking, but it was not accepted by the government.”

Khanna said, “Now the responsibility of maintaining the quality should squarely fall on the assaying and hallmarking centres and the jewellers should not be held responsible for any quality shortfall in a hallmarked product.”

“We also hope that this move requiring registration of jewellers and hallmarking does not result in the growth of an Inspector Raj,” he added.