The Breads Of Kashmir 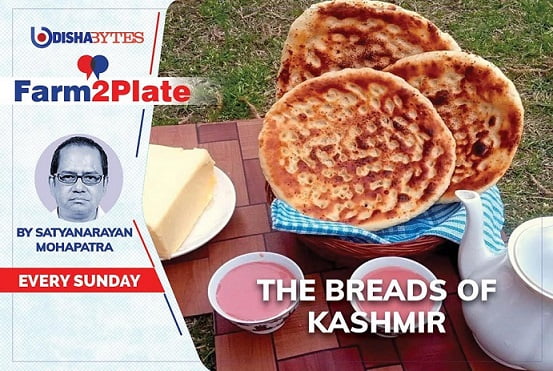 Circa 1987. I had just submitted my MPhil dissertation and, as per the academic fulfilment, had to guide the students on a field trip to Leh and Ladakh. Our trip was through Srinagar, Gulmarg and Kargil. During the trip, we could sense danger was brewing in the hills and valleys. This trip was safe and gave a deep insight into Kashmiri customs, culture and food.

Just as we reached Delhi, Kashmir had turned into a troubled state. At the moment, Kashmir food or Wazwan is being talked about the most. The effect of “The Kashmir Files”. Though there is so much to discuss about Kashmir food, I will divide my brief and experience in two parts: first, I will talk about the breads of Kashmir and, second, discuss the numerous dishes Kashmiri cuisine has.

Legacy of any cuisine is carried forward and passed on to the next generations to cherish, especially to those who regard the values of its ancestral inventions as being dear to their hearts. Kashmiri cuisine is one of them.

Kashmiri breads have a long history and evolved over the years, reminding us how the bakery was earlier exclusive to the Central Asian culture and has greatly influenced the cuisine of Kashmir, with the invasion of the Kashmir region by Timurlung from the area around modern Uzbekistan and, with the passage of time, these breads have been perfected by local craftsmen also known as ‘Nan Waies’.

Kashmir’s traditional breads have passed through ages and carried forward from generation to generation. It was enormous laborious work to produce these breads and it was restricted to a particular community called “Kaandar”. These traditional baker shops are known as “Kaandar Waans”. These bakers (kaandar) pluck the bread from the hot tandoor and drop directly into the customer’s basket (wicker basket exclusively set aside for customers) and is ‘oven fresh’.

These “Kaandar Waans” fulfil all the needs of social custom — like weddings, engagements, dawats and births. A Roat (sweet bread) is normally ordered from these bakers. There are breads for every season and these are an integral part of Kashmiri social customs and traditions.

The “Kaandar Waans” fire up the tandoors with wood and just before sunrise, the tandoors are ready for baking. There are normally two to three “Kaandar Waans” in every mohalla which serves baked “Lavaas” along with salty pink tea known as “Nun Chai”. Another attraction is the halwa which are sandwiched between two “Lavaas” and these can be had near the Sufi shrines.

As the day proceeds, after taking out the breakfast bread “Lavaas”, the “Kaandar” sets up the tandoor again for other types of breads normally carried on till 5 pm. They bake around 12 to 16 types of breads and each one of them has its own distinctive character: Lavaasa, Ghyev Tsot, Bakerkhani, Girdah, Sheermaal, Katlam, Teilwadu, Krippa, Czochwor Kulcha, Chochwur, Nun Kulcha, Kandhi Kulcha and Roat.

The regular breads Lavaasa, Ghyev Lavaasa, Bakerkhani, Girdah, Sheermaal, Katlam and Teilwadu are baked daily whereas Krippa, Czochwor Kulcha and Chochwur are baked once in two days as they have a good shelf life. The ones which have a long shelf life can be stored for 15 to 30 days: Nun Kulcha and Kandhi Kulcha. The Roat or Khaneh Tsot, the big flaky bread almost 1-½ ft in diameter, can be kept only for five-six days.

The tandoor temperatures required for baking these breads vary from one to the other in order to obtain a varied texture and colour for each one of them. Even some of them require baking for four-six hours in tandoor at a very low temperature. Thus the “Kaandar” divides the day along with the demand for the type of bread. For example Lavaas are taken in the morning with Nun Chai. Teilwadu Bakerkhani, Girdah, Sheermaal, Katlam, Krippa, Czochwor Kulcha and Chochwur are relished in the morning and evening with Kahwah (Pink Salty Milk Tea). Nun Kulcha is served during the festive seasons along with tea. The Kandhi Kulcha (sweet bread), Grand Bread Roat or Khanah Tsot or Khabar-e-Tsot are cut and served with tea mostly in the family gatherings.

Though each bread has its own character, as the tradition goes it is normally dunked in the tea cup and devoured — that’s the custom of the older generation which has passed on to the new. 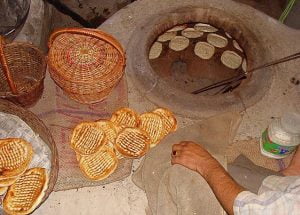 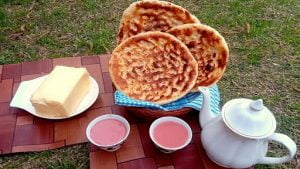 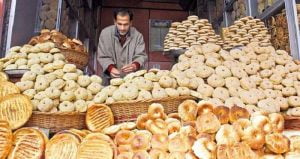 20,000 Indian Street Children Being Rehabilitated, But Thousands Yet To Be Identified: NCPCR