The Significance Of Vedic Cooking 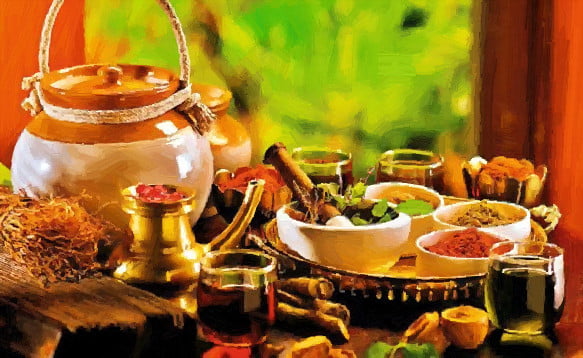 It was Ayurveda, the over 5,000-year-old Indian health science, which first introduced the art of ‘personalised cooking’. In fact, it went a step ahead to demonstrate that preparation and ingredients are the main characteristics of food. Thus it taught this concept to other cultures and civilisations.

Based on the understanding of the unique combination of ‘Vata’ (ether), ‘Pitta’ (fire) and ‘Kapha’ (water), which constitute the human body and balance its life forces, the Ayurvedic cuisine encompasses dishes made with such combinations of food that optimise these elements in the human body. Ayurveda in its journey evolved dishes that create the perfect balance in the body and has introduced most of the cooking styles that are termed healthy today, like pan frying, roasting, steaming and blanching.

The answer to ‘why’ some dishes in the Indian culinary repertoire are fried while others are steamed or even roasted can be found in Ayurveda. This ancient science actually discovered how cooking and the time taken to cook can change the composition of a particular food and how it affects the body.

Like the lycopene in tomatoes, which enhances while cooking and can be easily extracted. This is true for onion also. Tempered with hing (asafoetida), it balances the diuretic properties in onion that makes it good for cough and cold and digestion. In fact, Ayurvedic cooking avoids browned onions that have lost all their nutrients and can cause acidity. Blanching carrots robs them of their beta carotene, and it’s best eaten in raw form. In fact, the all-popular steam cooking done by wrapping vegetables in a leaf is also quintessentially Ayurvedic in nature.

Legend has it that this understanding of Ayurvedic science allowed Draupadi and the five Pandavas to survive in the jungle. The kheer, a dish that finds mention both in Mahabharata and Ramayana, was in fact an Ayurvedic invention. It combines the fat in milk with the starch in rice to boost energy.

The art of lactic fermentation and its use was yet another gift of Ayurveda to the culinary world. The proof of this is the high use of ghee and yogurt in Ayurveda to treat a huge array of illnesses, from constipation to ulcers and even hangovers.

An old scripture found from the Gupta period states the use of ghee to make an energetic vegetarian spread for Khastriyas before a war. It is said that after the Kalinga war, Emperor Ashoka gave up meat in favour of vegetarian food, five times a week, because it kept him agile and alert. Soups, yet another innovation from the Ayurvedic kitchen, too were hugely consumed back in time. In Chola kingdom, it was used both as a morning beverage and to improve appetite. Soup was often the food given to new lactating mothers to regain strength.

Salads, mostly prepared raw with sprinkling of ginger slivers and lemon juice, first documented in the Ashokan period credit goes to Ayurveda. In fact, this earlier version of ‘raw food diet’ was adopted by Buddhists from Kalinga (present day Odisha) who took it to other countries and continents while they travelled. Many food historians attribute the tradition of eating raw food or par boiled food in Chinese cuisine to Ayurveda.

Chinese pilgrim Fa Hsien (c. 337–422 AD), who visited India many a time to document the culinary and health system, notes that Indian cuisine then, especially the vegetarian side, used minimum spices and cooking time so as to impart that right flavour to the dish without compromising on the nutrients.

It is this philosophy of Ayurvedic cooking, which makes it a healing and restorative cuisine. Ayurvedic cooking makes good use of local herbs and practices, thus we find most varied dishes as we move around the country. All of them have a unique characteristic. For example in the southern part of Odisha, most Ayurvedic recipes use kasturi (curcuma aromatica), a fragrant variety of turmeric root instead of ordinary turmeric (curcuma longa) because of its aroma and nutrients. It also uses a lot of flowers and berries in its dishes instead of spices like chillies to extract the required flavour without too much cooking. So assuming that Ayurvedic dishes are all bland is truly a misconception. A spice and meat jaded palate will find it high on subtlety, but that is because each dish is made to suit a person’s character, which is a mix of Vatta, Pitta and Kapha.

Watch 30 Episodes In A Month And Get Paid!