Top 5 Places To Visit In Karnataka 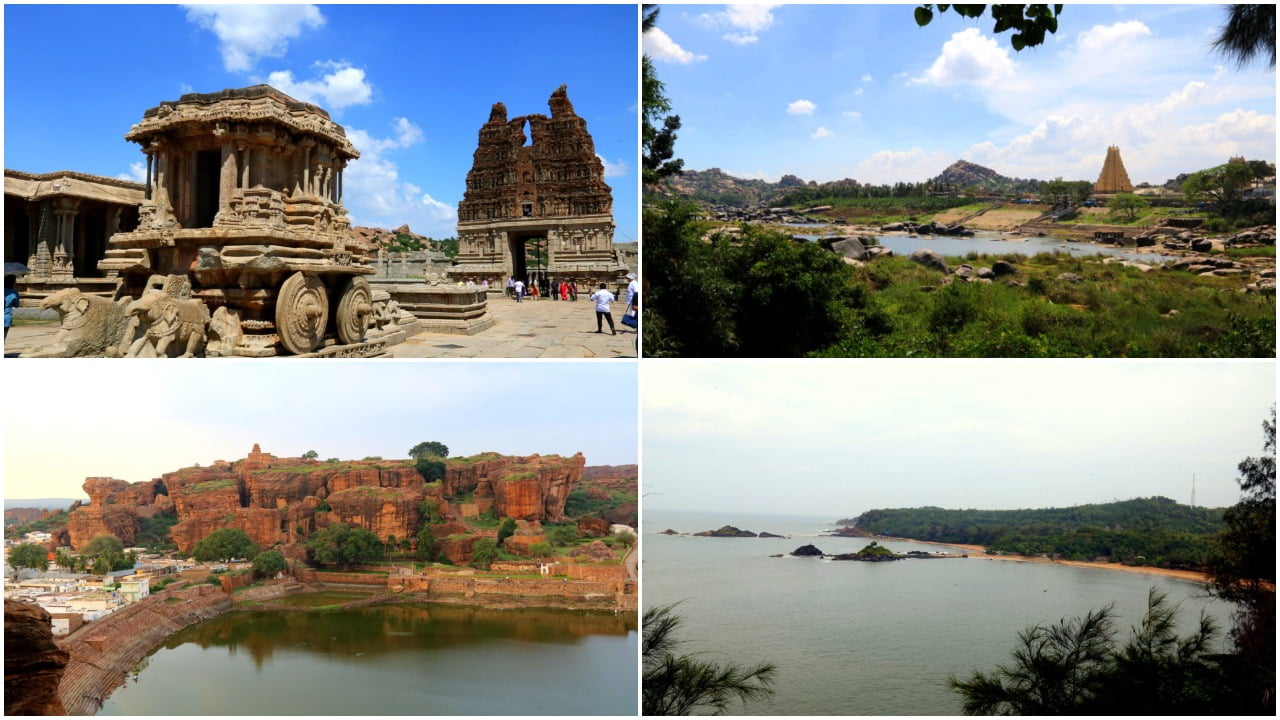 he southern Indian state of Karnataka is a treasure trove of amazing sites. It has a splendidly beautiful and still pristine long coastline, a rich and old multi-ethnic culture, some most impressive monuments and very friendly people. A state as large as any big European nation, exploring Karnataka will take some good amount of time, but I assure you, it will be every minute well spent.

This list leaves out other marvels such as the Hoysala temple group in Belur, Halebidu and Hassan. Another not to be missed site is the monolithic statue of Gometeshwar or Bahubali at Shravanabelagola. This website has seperate article on Shravanabelegola.

Hampi frequently ranks as the top place to visit among foreign travellers to India.

Essentially a small temple town of religious importance for the people of Hindu faith, Gokarna with its fabulous and unspoilt beaches and a relaxed beach culture, has become a more calm and untempered alternative to Goa.

Bijapur, located on the Northern part of Karnataka, near Maharashtra, has a number of impressive monuments belonging to the past Muslim rulers of South India.

The cave temples of Badami and the 7th century CE stone temples of Pattadakkal (a World Heritage site) together represents the best of the art and architecture of India’s rich past.

A town thronged by the Krishna devotees, a visit to Udupi is a must for those who want a taste of Inida’s rich culture and its famous vegetarian cuisine. Udupi is a place credited with the invention of the famous South Indian dish of Masala Dosa.