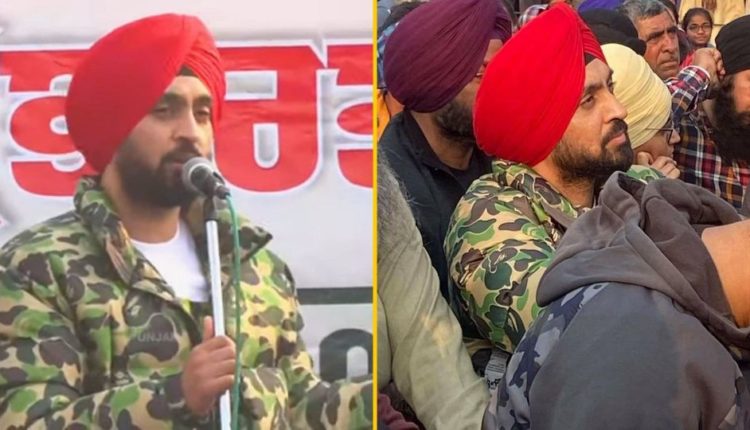 New Delhi: Singer-actor Diljit Dosanjh joined the farmers’ protest at the Singhu-Delhi border on Saturday and took to the stage to extend his wholehearted support to them.

“We have only one request to the Centre… Please fulfil the demands of our farmers. Everyone is sitting here peacefully and talking about their demands, not about any other matter. The entire country is with farmers,” Diljit said.

He also appealed to the national media and television to focus on their peaceful protest and support them.

WATCH: I want to urge the government to accept the demand of farmers. I also want to urge the media to support us, these farmers are sitting peacefully with their demands, please show that and support us: @diljitdosanjh at Singhu border #DiljeetDosanjh #FarmersProtest pic.twitter.com/R24vEc2Du5

Diljit travelled to the protesters’ site from Haryana, catching Delhi Police off guard, reports Hindutan Times. They apparently had no information about Diljit joining the protest.

Praising the farmers for their ‘Dilli Chalo’ protest braving freezing cold and police resistance, Diljit said they had created history. “This history would be narrated to future generations. Farmers’ issues should not be diverted by anyone,” Diljit observed.

He had earlier backed the cause of protesting farmers on social media, which led to a spat with actor Kangana Ranaut.

The farmers have been very firm in not allowing any politician to speak from their platform.

The agitation is into its ninth day.