When A ‘Good Boy’ Learnt To Be A Better Human Being 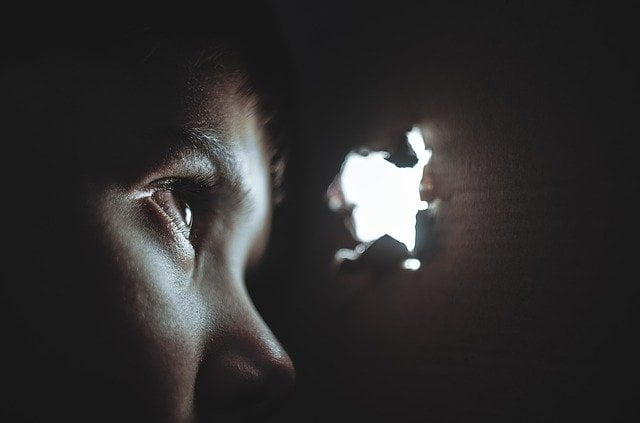 When my elder daughter was in Class VIII she got an assignment to write a note on “What your father wants you to be in life”. I told her “I want you to be a good human being”. She found the answer to be quite vague and insisted that I say something that would make her teacher happy and save her from being ridiculed. But I kept on insisting that’s all that I want her to be, as nothing else really does matter. All is well that ends well; her teacher appreciated the idea and her articulation.

This idea was etched in my mind by my maternal grandmother when I was a child. Sarojini Das was a frail woman, but she was mentally tough and had a strong value system. Neither did it matter to her that she was the wife of a Judge in the High Court (Justice Raj Kishore Das) and daughter of a freedom fighter (Haimavati Devi); nor that she had studied only up to Class IV and many considered her to be unsophisticated. Her decision not to have a third child after having two daughters was strongly resented by most of the family members, but she stood her ground.

A bold decision indeed in the late 1930s. She was a deeply religious person but hardly ever visited temples. Even she did not have a Puja room at home. All I remember is that, after taking bath, she would just pray for about 5 minutes in a corner of a room and that’s all. However, my first exposure to religious scriptures was through her storytelling. During the later part of her life, she wrote a booklet for children based on the Ramayan. It was a handwritten manuscript with 2 carbon copies. She never wanted it to be published but was too happy to lend the copies to anyone who wanted to read them. She didn’t believe in touching feet as a mark of respect. She used to say “always have reverence for elders, you don’t have to show it off”. For her “namaste/ pranam” was only a formal way of greeting people. She was a Karmayogi in the true sense, did her own chores and that of my grandfather, insisted that we all (grandchildren) at least did our dishes, washed our clothes and made our beds, in spite of having several helping hands at home. Anybody and everybody coming to Cuttack (in those days there was no hotel or lodge) for work was welcome to stay at her place, it was like a Dharmasala. She did not distinguish between her relatives and in-laws, the mighty and the mundane, the rich and the poor. But everyone had to follow her strict regimen and contribute to running the daily errands. During the freedom struggle, Jayprakash Narayan used to stay at our place when he would visit Cuttack. My grandfather in his autobiography has narrated how Prabhavati Devi enjoyed cutting vegetables in her kitchen.

Many thought – particularly children – she was a cantankerous woman and preferred avoiding her “sermons”. But I somehow used to like all her idiosyncrasies and enjoyed spending time with her. And she loved it. She kept on telling me why it was so important to be a “Good Human Being” and why a “Good Child” may not necessarily become a “Good Human Being”. She believed that no matter what you might do if you had the consent of your conscience (and you must be truthful to your conscience) you could not be wrong, irrespective of whether your action may be violative of the societal or official norms. To the amusement of my grandfather, she insisted that all Acts, Rules, Regulations were nothing more than commonsense. I was greatly influenced by two of her “sermons”. First, that I must unfailingly make effort to help anyone who sought it, if I were in a position to do so. But she had three caveats; (a) that I must ensure that it was not at the expense of someone who actually deserved that, (b) that I must immediately forget the help rendered and never expect anything in return and (c) that I should ensure that I was not being used by people who had an ulterior motive. Second, that I must have empathy for every human being, particularly for the underprivileged. Her simple thumb rule was, ‘don’t do or say anything to anyone which you would not like to be said or done to you’. In my 4-decade long career so far, I have never used any harsh words for any of my subordinates (it indeed requires lots of patience and perseverance). I don’t think I have ever taken any harsh action against any Group-D or C staff. Well, as Enquiring Officer I have recommended termination for 3 officers, all senior Group-A (I believe my actions were quite justified).

On the other hand, my parents and teachers wanted me to be a “Good Boy”. My father, an IPS officer, thought I should be a copybook ideal child, my mother believed my grandma was spoiling me and my teachers had very high expectations as I was a good student. I was in a fix; I didn’t want to disappoint my parents and teachers but at the same time my grandma was my role model. Very early in life, I realized that what appeared to be true was as important as what was actually true. So I decided to have the pretence of a good boy while inherently following my grandma’s “sermons”.

In the 1970s I loved listening to Hindi film songs on the radio. There was a time when I could remember singers, music directors and lyricists of almost all the film songs of the 50s, 60s and 70s. Since 1969 I have been following all major international tournaments in cricket, hockey, football, tennis, badminton and, of course, the Olympics, Asiads, Commonwealth games. Nothing mattered in life except sports, games and music. Attending classes and studies were just incidental. My father had no issues, as he was a good sportsperson and for my mother and teachers, there was nothing to complain about as I was getting good grades and I was branded as a good boy. But was I a “good boy”? There are several episodes in my school days that would not exactly characterize me as a good boy in the true sense. I will narrate just one of those:

Although sports, games and music were quite okay for a good boy, watching movies was a big NO. One day I saw the film _“Hathi Mere Sathi”_ and was awestruck. I suddenly realized I have been paying a very heavy price for being a good boy by missing out on Hindi films! My mind started working overtime to find ways of how to sneak out and watch more and more Hindi films. A “brilliant” idea struck me. I announced at home that I needed private tuition classes for Sanskrit. There was no reason to say no, after all, I was such a good boy. Although the tuition fee was Rs. 20 per month, I lied that it was Rs.25. So Rs.5 per month was available for watching movies. The next challenge was to find an excuse for continuous 3 hours’ absence. I along with a friend, my partner in crime, decided that we would purchase 2 tickets, one each for two consecutive days. One would watch the 1st half one day-1 and the other one the 2nd half the next day. But very soon we both realized it was not a great arrangement. Then we decided that since both of us were very good students we really didn’t need that private tuition. We discontinued the tuition but did not tell people at home. Now we had a princely amount of Rs.25 per month and accounted for time (during tuition hours) to watch movies twice a week. I don’t think there was any Hindi film released during that period which we had not watched at least once. But this had disastrous and expected consequences. In the half-yearly exams of Class IX, I fared miserably and secured unacceptable marks in some papers. It was a crisis. I was no Mohandas Karamchand Gandhi to admit everything before my parents. The hard disk in my brain worked overtime and came up with a solution. I altered marks obtained in three papers in the report card, forged initials of the class teacher in the corrected portions and showed it to my father. I explained that by mistake marks of the student in the next roll number (who was incidentally not good in studies) was entered in my report card and therefore the teacher had to make those corrections. My father had no reason to disbelieve as I was a “Good boy” and put his signature on the report card. Now the real challenge was to return the report card to school. In those days we used ink pens. I dipped the report card in water to wash off the corrections I had made while ensuring that my father’s signature was not obliterated. I spun a story that while cycling to school I was hit by a bull and fell down and the report card fell in the roadside drain. I had to put on a few bandages to make the story appear true. My class teacher just checked whether my father had put his initials or not. He only enquired what was my father’s reaction. He did not have any reason to disbelieve me, as I was a “Good boy”.

Thereafter, I also pulled up my socks and in the final exams, I topped in the class. Mission accomplished!

I narrated this incident to my parents at a much later stage when I was in college. My mother refused to believe; my father was initially aghast but later amused. But the reaction of my grandma was interesting. She was not interested in the nitty-gritty of the incident, she only asked two questions: first, did my action cause any harm to anyone? Second, did I commit a sin or consider this to be a mistake? According to her, one learns from mistakes. She told me that I should consider this incident as a learning process. “No one will teach you these in class, nor are these in textbooks, but these are opportunities to learn”. She would say, “don’t hesitate to make mistakes, learn from them but don’t repeat the same mistakes.”

Of Dress Diktats In Odisha & Elsewhere: Now Even Saree Is Indecent For Culture…