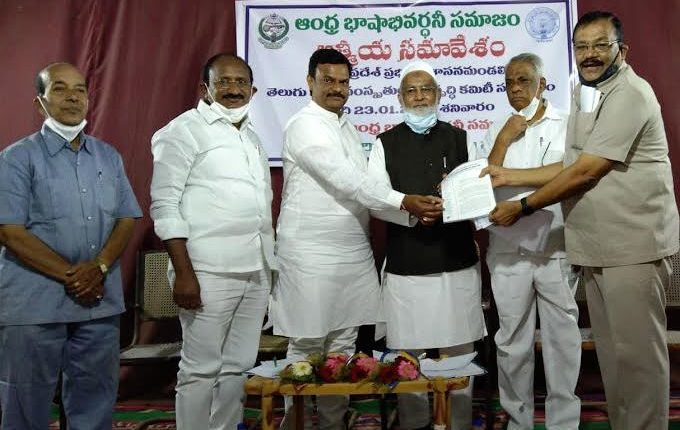 Berhampur: More than 40 Telugu organisations in Odisha have sought the intervention of Andhra Pradesh government for protection and promotion of their language and culture.

During a meeting with the Telugu Language Culture Development Committee of Andhra Pradesh Legislative Council that visited Berhampur on Saturday, the representatives of organisations from Ganjam, Gajapati, Rayagada, Malkangiri, Nabarangpur and Koraput districts pointed out that about 80 lakh Telugu people are living in different parts of Odisha.

“We appraised the committee that hundreds of schools imparting education through Telugu medium in Odisha were forced to close down for lack of Telugu teachers and Telugu books. Immediate appointment of Telugu teacher is the need of the hour,” said T Satyanarayana, president of Andhra Bhashabhivardhani Samajam.

Under the Sarva Sikhya Abhijan scheme, the Odisha government is supposed to provide text books free of cost to students upto Standard VIII. But the students continue to be deprived of the facility. Further, text books of Standards IX and X are not available, said Satyanarayana.

The long standing demand for opening a Telugu Chair at Berhampur University is yet to be fulfilled, some organisations informed the committee.

Other organisations welcomed the decision of Chief Minister Naveen Patnaik to open a BEd Telugu College at Kanisi and Certified Teacher Training School at Chikiti to solve some the problems of Telugu education in Odisha. But, they wanted that the mandatory 200 marks for admission to BEd Telugu course should be changed to 100 marks.

“We feel the pulse of the Telugu people here and would submit proposals regarding their problems to the Andhra Pradesh government,” said Shariff.