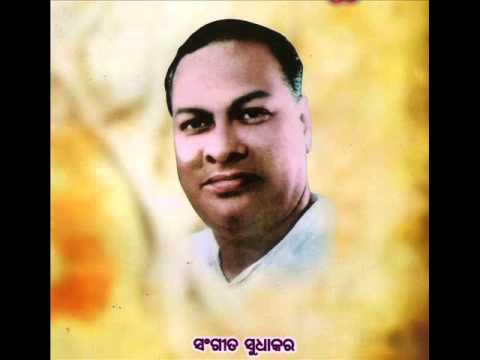 He defied the norm that “urbanites mainly compose modern music”. From a humble background, Sangeeta Sudhakara Balakrushna Dash, reached the heights in Odia music in all forms – filmy and non-filmy.

So confident was he of his craft that even in the big city of Calcutta, he was not shy or gauche. The overwhelming Bengali music and film didn’t wean him away from legitimate Odissi, chanda or bhajan (devotional songs).

His career (singing to begin with) took off at Calcutta but he maintained his Odia exclusivity, and never inveigled himself into the Bengali wave. The title Sangeeta Sudhakar is apt for this genius, whose music was modern and yet copybook, futuristic in orchestration and yet folksy. One can smell Odisha soil in his music.

The lyrics he chose were tailor-made to his punch – the impeccable mix of homemade and commercial. This repertoire came to him naturally. All his contemporaries and juniors have been overawed by his range of compositions over decades.

He was a naturally gifted prodigy with deep grounding in classical music, under the tutelage of greats like Ustad Bade Gulam Ali Khan. Sir’s early initiation into music in a place like Calcutta exposed him to different styles and penchants in singing, composition and finer elements like orchestration.

Till he burst into the Odia music scene, there was virtually nothing much happening in orchestration. No one experimented with limited instruments and limited sequencing in films, the way he did. His music transformed film viewing. SD Burman and Balakrushna Dash had a similar indistinguishable knack of transforming folk tunes and traditional lyrics to catchy melody, irrespective of language or filmy demands.

I have heard from my father, who had written lyrics for him, that Balakrushna Sir was a polymath in music – his grasp of the sequence of the scene and befitting mood was unique and unparalleled. All the 22 films where he scored were musical hits. His hit rate was cent per cent, reflecting the depth of his understanding of various genres.

Balakrushna Sir used folk fervour, never ever waivered Odia intensity and yet gave hit after hit – almost a run of about 15 back-to-back hits. He was the first experimenter of Odia music, the composer who brought in authentic western style to filmy music, used instruments like piano and trumpet in early 60s and at the same time engrossed himself full time in radio – with Odissi, drama, bhajan, classical and even theatre.

Sometimes unprepared, unrehearsed he would have a perfect single take of difficult compositions. Such was the genius that even a well-known, maverick lifestyle could not dent this avant garde composer. A bohemian with deep roots in Odissi culture, a teacher known as an institution builder, Balakrushna Dash’s school was instrumental in developing a cadre of successful music makers. He was the guru who had innovations in every composition, almost.

The industry rivalries of his time notwithstanding, his creativity was unmatched, as conceded by his severest critics. Rumour mongers were more interested in scheming stories about his personal life in Calcutta and other places. But the string of hits – Nua Bou,  Sadhana, Amada Bata, Adina Megha — were of national character. Had it not been for the language, they could have seamlessly been pan India in effect.

Our culture carries such inspirational stories of exceptional team work in collective promotion of Odisha culture and art in various forms. Music was mentored, nurtured and coloured by Balakrushna Dash — unprecedented, independent and free spirited. I have heard from Akshaya Mohanty that at one point Balakrushna Dash was the treat of Calcutta music scene, language agnostic. He was one of the most dominant music makers of east India – with fusion, folk and future.

Listen to ‘Mana Manena’ (Nua Bou) by Shipra Bose, ‘Nayana Sunayanare’ (Sadhana) by Pranab Patnaik, ‘Aei Bhara Janha rati’, ‘Jochana Luchana’ and realize the depth of our tunes, even if it is filmy music. I am convinced that we are responsible for the younger generations distancing themselves from legitimate Odia music, because we have kept them away. They deserve better. They deserve to be told about the distinctive greatness of Odia music, created by the iconic Balakrushna Dash.

Do we not deserve at least a Padma award on his behalf — Balakrushna Dash, the avant garde, sudhakar (source of nectar), renaissance man of Odia music? Last I saw his statue near Rabindra Mandap required repair work which we completed, as a motley group of music buffs.

Apathy and tokenism in culture is a prescription for social crisis. No one in the civil society can escape.

A Collection To Die For: Bhubaneswar’s Kshitish Has…

Binge Watch These 5 Films On Sibling Love To Celebrate…