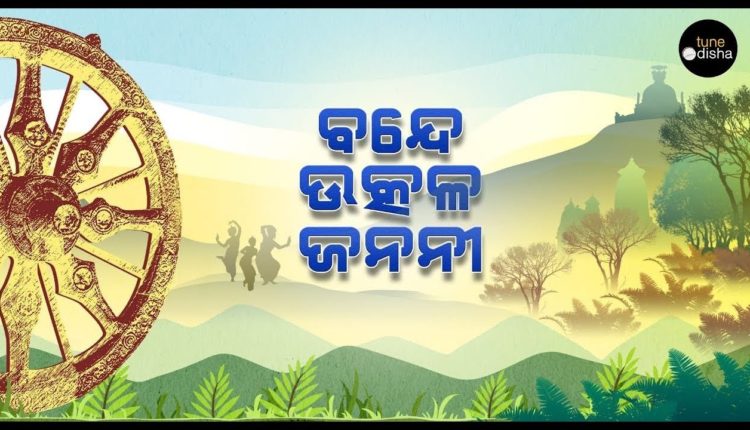 Who can ever forget India’s tryst with destiny on April 3, 1984, when a young and gallant Wing Commander Rakesh Sharma orbited mother Earth in his Soyuz T-11 spacecraft and became the first Indian Cosmonaut in space. In an unforgettable moment of inspiration, as a proud nation stood glued to their radios and TV screens hearing the live telecast, when asked by the then Prime Minister Mrs Indira Gandhi, “How is India looking from above”, the motivated cosmonaut replied instinctively the iconic words, “Saare Jahan Se Accha”; thus firing up the imagination of an entire generation. And I, an aviator myself, moved away with a lump in my throat to my secluded corner to cry with pride and inspiration: these are moments in life that remain indelible and takes us forward in our journey of life. 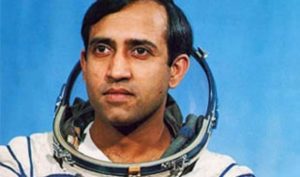 “A soldier will fight long and hard for a bit of coloured ribbon,” said Napoleon Bonaparte. That day Rakesh Sharma was awarded the ‘Hero of the Soviet Union’(the highest distinction of the then Soviet Union) and we proud Indians got our little ribbons aflutter. Follow the link for the conversation:

The four words of Wing Cdr. Rakesh Sharma will surely kindle our days of childhood when we were held to rapt attention by the patriotic song “Sare Jahan Se Accha, Hindostan Hamara.”  This song was originally a poem written by Muhammad Iqbal on August 16, 1904, and quickly became an anthem of opposition to the British rule in India and was hailed as a national song. Later the full song was adapted in the moving GP Sippy’s Bhai Behan (1959), wherein a child prodigy Daisy Irani sings in unison with an inspired group of students. Follow the energising song in the link:

Music and songs have been in the forefront of inspiration, imagination and patriotism in the minds of us Indians since the days of our subjugation by colonialists, be it at the national or at the state level. Patriotism and music have been blended together in countless melodies, over the decades through anthems and cinema. These tracks invigorate feelings of pure devotion, loyalty and respect for the nation, each time they are played. Rarely would you come across an individual whose chest does not swell with pride as the first few notes of the National Anthem are played.

Kavi Pradeep (1915-1998), a poet and songwriter, who was first recognized for his daringly patriotic song Door Hato Ae Duniya Walo (Move Away O Outsiders) for the film Bandhan (1940), is best known for his patriotic song Aye Mere Watan Ke Logo written after he was deeply moved by the sacrifice and bravery of Param Vir Chakra awardee Major Shaitan Singh who had died defending the country during the Sino-Indian War. Aye Mere Watan Ke Logo (O people of my country) went on to become one of the greatest patriotic songs of the country. It was while Lata Mangeshkar was rendering the song at the Central Hall of the Parliament that the Prime Minister of India, Jawaharlal Nehru, was moved to tears. Here this spine-tingling song is sung by Lata Mangeshkar on Republic Day of January 26, 1963, two months after the 1962 War, in the presence of Pandit Jawaharlal Nehru.

Earlier to Kavi Pradeep’s animated poem we had Vande Mataram (Mother, I bow to thee) to inspire us. An Ode to the Motherland, Vande Mataram, the Sanskrit poem was written by Bankim Chandra Chatterjee in 1870s in his novel Anandmath. It played a vital role in the Indian Independence movement, first sung in a political context by Rabindranath Tagore at the 1896 session of the Indian National Congress. It became a popular marching song for political activism and the Indian freedom movement in 1905. The song and the novel containing it was banned by the British government, but workers and general public defied the ban, many went to colonial prisons repeatedly for singing it, and the ban was overturned by the Indians after they gained Independence from the colonial rule. On January 24, 1950, the Constituent Assembly of India has adopted Vande Mataram as the National Song. The full song was adapted in the patriotic film Anandmath (1951), that took the country by storm. Listen to the very inspiring lines in the link from the said film:

As times have gone by, we thought it could never have been better until the arrival of the Oscar-winning musician, AR Rehman, who enthralled the whole country with his version of the Vande Mataram track. Released in 1997 at coinciding with India’s 50th Independence Day, the song was sung with full gusto by the music maestro A R Rehman himself and remains one of the most powerful patriotic tunes ever sung for India. It brought together the rustiness, and the soul of the Indian people and the country in the most brilliant blend ever heard of:

That brings us nearer to our times today and to the history of our National Anthem and consequently Odisha. Tagore’s National Anthem of India Jana-Gana-Mana-Adhinayaka…. was first sung on December 27, 1911, at the Calcutta (now Kolkata) Session of the Indian National Congress (INC). The INC by that time was not a single political party of today, but under its umbrella remained a conglomerate of several political parties, which had been fighting for a common goal: to liberate India from the British rule. Its expanding impact permeated to Odisha too. As a consequence, with the gathering of various voices, the movement for a separate province gathered momentum in Odisha. The Utkal Sammilani, a coming together of like-minded Odias, led this movement. It influenced the patriotic minds of many worthy sons of the soil that included local kings, politicians, thinkers, academicians, writers, poets, businessmen, legal luminaries, student leaders and the common man alike. The history of  Odisha was about to change.

Odisha historically has been variously referred to as Kalinga, Utkala, Mahakantara, Udra, Odra, Oddiyana, South Kosala, Kongoda, Trikalinga, Chedi, Tosali, Uranshin, Jajnagar, Odivissa during the various reigns of kings, kingdoms and their administrators; from the days of Mahabharata to the days of the British. (source: Wikipedia)

In 1903, the Utkal Union Conference was founded. In 1911, Odisha and Bihar were separated from Bengal province to form a new single province. In 1912, the Orissa Tenancy Act has introduced the Bihar-Orissa Legislative Assembly. In 1920, the Indian National Congress adopted reorganization of provinces according to linguistic basis as one its agendas. This inspired many leaders in Odisha to form an Odisha Congress Committee and demand a separate province for the Odia-speaking population.

The developing scenario influenced a young and dynamic poet Laksmikanta Mohapatra, who wrote a poem Bande Utkala Janani (Glory to the Mother Utkala) and some other passionate songs with a patriotic motive. This song was first sung at the Utkal Sammilani’s Conference at Balasore in 1912 and went on to become a rallying cry of the Utkal Sammilani to emancipate Odisha and its people. When Odisha became the first state to be formed on the linguistic principle on April 1, 1936, the poem was adapted as the state song of Odisha and in the 1990s, it was made mandatory to be sung at the end of all Odisha Legislative Assembly Sessions and at the beginning of school assembly in all state government schools.

Many Indian states have their own state anthems or state songs, but only a few have officially recognized their own anthems. For instance,

Apart from these 7 states, many other states have unofficial anthems or popular songs have become like anthems for those states like Vanji Bhumi for Kerala, which was originally the anthem for the Kingdom of Travancore and Jaya Maharashtra Maza for Maharashtra.

History tells us that when this song Bande Utkal Janani was first sung at Utkal Sammilani Conference at Balasore in 1912, it had a spell-binding effect on the audience that included Utkalmani Pandit Gopabandhu Das, who was presiding over the session and called out to the young poet to embrace him with gratitude. The other dignitary on the dais, Utkal Gourav Madhusudan Das too was also amazed to hear this powerful song and spoke high of the poet.

One will find in Bande Utkal Janani nuances of Odisha’s splendid geography, its natural beauty, the bounteous abundance of flora and fauna, its all-inclusive culture and literature, the high tradition of arts and crafts in its temples, its literature, facets of a coming-together of a common vision, aspirations for peace and hope for the morrow. This spirit is best described by the Odisha Government’s Tourist Department’s tagline: “Scenic, Serene, Sublime”.

In this universal spirit of brotherhood and identity, taking a cue from Prime Minister Narendra Modi, who got the nation together on more than one occasion to express gratitude to “Corona Warriors” that the  Chief Minister of Odisha, Mr Naveen Patnaik, on May 28, 2020, appealed to Odias all over the world to join voices and recite Bande Utkal Janani at 5.30 pm on May 30, 2020, in honour of the State’s frontline workers.

The Chief Minister in a video message asserted that Odisha had set an example in saving human lives from the pandemic and that all credit must go to the COVID-19 warriors who have been working day and night, with sacrifice and commitment.

“From frontline health workers, PRIs and peoples representatives, Government employees cutting across all departments/ private sector employees/self-help group members, service-minded individuals – all have worked round the clock, keeping their personal lives aside to provide service to the people,” he said.

Let us all Odias gather together today at the appointed hour, wherever we are, in a solemn resolve and rise to the occasion in the spirit of our glorious past that saw us grow beyond our borders and spread a culture of peace, tranquillity, share, care and a mutual concern for the growth of mankind; in the true spirit that our Chief Minister has appealed for:

Upset Over Mismanagement In Quarantine Centre, Migrants Retreat To Forest In Odisha

Odisha Govt To Set Up Memorial Of COVID Warriors In…

Govt Compensation Paid To Families Of 4 COVID Warriors In…