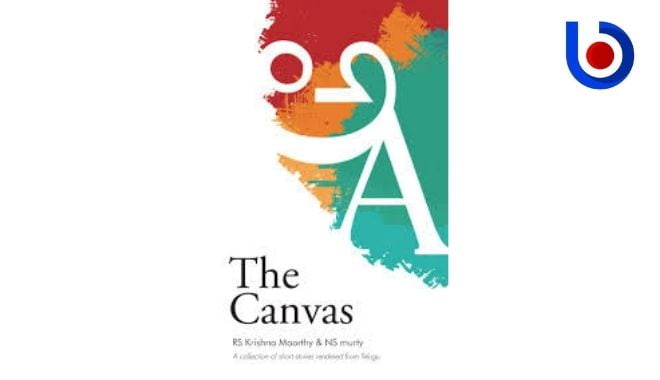 The title of this anthology, the third in a tetralogy, a sequel to The Palette (published in 1999) and The Easel (2015), is apt, for we are introduced to 22 authors. It cannot be classified neatly by theme or structure, for the canvas has been composed with many movements.

The translators, R S Krishna Moorthy and N S Murty, state in the preface that “as translators our selections are more focused on the content than on styles and movements….a good short-story makes us think, challenges our faith, touches our finest and sensitive feelings.” Women writers have been included, unlike in the earlier editions.

There are no set rules for short fiction. An awareness of the cultural context does enable the reader to feel empathy for the characters and their fatal flaws or predicaments. Jhumpa Lahiri remarked upon her first set of short stories that she often felt uncomfortable in making her Bengali characters speak in English – basically ‘in translation’. She learnt about India from her parents. Identity plays a vital role in literary tradition worldwide, as in, for example, The Dubliners by James Joyce, with its 15 short stories on the Irish middle-class. Regional and national identities are evident in the women characters in this diverse collection of short stories, while their predicaments are a recurrent theme, conflated with the eclectic styles of the writers. The discerning ‘global’ reader will be curious to learn more.

The setting in the first story by a Telugu writer is overseas. It introduces us to David, a polite taxi driver, in ‘My Goal is to be on the Move.’ He drives an elderly lady to her final destination by a circuitous route at her bidding, refuses to be paid, in gratitude for all the experiences along the way. It ends with the realisation that “a page in my life had turned.”

‘The Gun’ is also set overseas. The parents are shocked when their 10-year-old son asks for a gun, “just to shoot.” He has two local friends who encourage him to use the “n-word” and is in a dilemma when he likes the coloured boy who joins their class. Racism rears its ugly head. The child takes an important decision, his coming of age, after a shooting incident at school.

In the surreal ‘Arm Stump’, the main character says the “whole world is crippled overnight.” An interesting comment here is on corporate culture, where leave is not granted easily, even to seek the re-attachment of an arm! Realisation dawns that the reason for losing a limb is the punishment for a social wrong.

Women, conjugal relations and tradition are questioned in ‘The Fifth Wall.’ A widow’s ad for a companion barely three months after her husband’s demise draws ire from their daughter. The mother, Sarada, accuses the daughter of driving her from one boundary to another.

The plight of a young widow is poignantly narrated in ‘Lighting Under Her Feet.’ Rukamma “takes the all-important turn”, after being shabbily treated by her own family members, who pile tasks upon her from early morning till late at night. She hears about remarriages in a grove outside the village and suddenly flees. It certainly resonates widely.

The sardonic portrayal of an ‘intellectual’ by his younger sister, in retrospection, after he fails to live up to her expectations in being liberal-minded when she wishes to marry out of caste, is all too familiar in the Indian context. The same cannot be said of the story ‘A Protean Beauty’, which celebrates ‘Live-In’ relationship.

There are two enigmatic soliloquies in this collection. In ‘A Stammerer’s Soliloquy’, the protagonist begins to read voraciously to quell the sorrow of his ‘lonesome life’, one of insults outside the home and beatings from his mother. “We should look if the works reflect, even cursorily, the abundant human drama and tragedy so pervading in life.” Each book taught him a lesson. Listening to the radio comes with the realisation of “every language has beautiful vocabulary” and he equates mispronunciation with stammering.

‘Death Sentence’ was published 70 years ago, an ironical soliloquy of an innocent victim implicated in a crime, who bemoans he is well-fed in the prison while his family starves or may have died. He blesses the prison staff for feeding a man “starved for life.” Mental health is gently depicted with a story within a story in ‘The Sea’.

At variance in these stories is the one on Time Travel! In ‘Sanjeevarayadu’, the protagonist flits between parallel time-zones, as he tries to save the wife of his hero, the Poet Laureate, who is named at the very end, with tablets for tuberculosis.

The reader is made to confront complex, conflicting thoughts on restrictive tenets of the immediate community through a vast range of voices. The order of the stories is disconcerting, as the setting changes swiftly, like an artist’s brush strokes – spaces may be filled in later. It does, however, give pause for introspection, the irregular syntax notwithstanding.

The Canvas not only offers glimpses of life, ranging from the ironical to the philosophical, with humorous or ironical portrayals of characters within a regional cultural context, but also underscores the nuances of local customs, prejudices and dilemmas. Translations are now being termed cultural communication between communities and countries, across continents. This collection is a boon for trilingual speakers in India, instructed in the English-medium at school and University and are vital for our vibrant cultural diversity and literary tradition.

Reading The Word: Why We Need Public Libraries In Odisha?