Cities With Children Is Need of the Hour 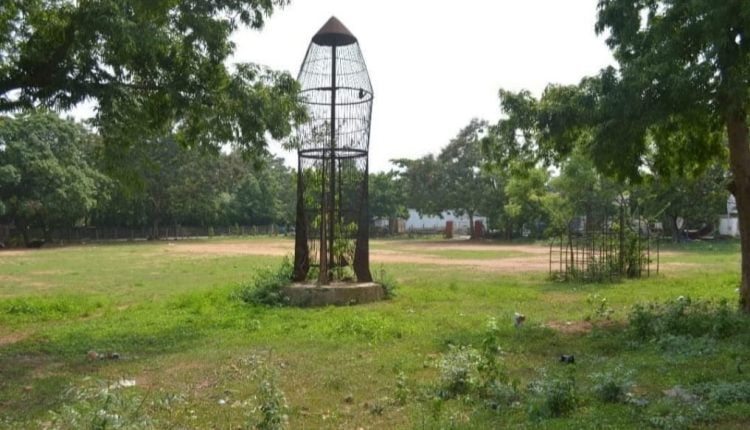 Children born before the nineties in Bhubaneswar are perhaps the luckiest. They not only played in Children’s Park but also rode bicycles — safely — on all roads, even to school.

How quickly the situation has changed. The Children’s Park is now closed, even used for parking of vehicles. A museum is proposed on the site. The Children’s Traffic Park opposite it has been taken over for road-widening. Parents now think twice before allowing children on major streets of the city.

Interestingly, if you ask someone who had his or her childhood in Bhubaneswar during the eighties or seventies, he or she will easily be able to tell you where Children’s Park used to be and fondly share memories of enjoying Children’s Day there.

But pose the same question to today’s children, they are sure to reply, “Where is Children’s Park?”

Although the city has expanded manifold from 16 sqkm in 1948 to the present over 200 sqkm, a designated Children’s Park is still a distant dream for today’s kids. Open spaces in neighbourhoods have been taken over by parking, puja pandals, slums, vendors, garbage dumping etc.

Perhaps Bhubaneswar was not planned the way people see it today.

In 1948, when world-renowned German architect and urban planner Otto Koenigsberger submitted the first master plan for Bhubaneswar, it was based on a neighborhood concept, where one of the principles was, the city should grow in a manner that a child could easily walk to school and have access to a playground near his or her house. This model of urban planning remained for a quite long time but the slide began in the early nineties. In the race to create a world-class city, Bhubaneswar forgot its children.

It’s time to introspect. We may need to return to our child-centric urban planning which will benefit everyone. However, creating child-friendly neighbourhoods are not simply urban planning related to infrastructure alone. Rather, child-friendly neighbourhoods require something special that make quality of everyday life enjoyable in the interplay between adults and children; and living together. After all, space for children can also be space for adults.

If parents of Denmark or Netherlands in the early eighties were able to safeguard their children from accidents by adopting child-friendly neighbourhood planning where children and bicycles were a priority than cars or businesses, then why can’t we make our city more ‘Smart’ with children at the core?

Interestingly, seventy years down the line, dreamers of a ‘world-class’ Bhubaneswar have promised to make the Temple City child-friendly. That said, the Children’s Park is now a proposed site for a museum, while the site of a multi-storied parking under construction used to be an informal children’s playground. Similarly, most neighborhoods don’t have playgrounds. Rather, children are left to play on the streets at their own risk. Children walking to school or riding bicycles is a risky affair.

Most people simply don’t understand what their children face in the city — fighting for space in the streets and neighbourhoods to survive. To understand this requires a paradigm shift in thinking for most people wrapped up in everyday problems.

On the other side, we had COP26. It’s a fact that 1.5 degrees Celsius is not achievable. Neither is 2 degrees Celsius. While children are forced to learn survival skills and be resilient, the problem is, that’s not happening enough to those who brought things to this pass.

Well, it’s about avoiding a future for our cities that become unlivable for our children and grandchildren. Our cities must be places where children lead peaceful and prosperous lives.

The truth is, no city in the world became great without children, then how did this change in Bhubaneswar took place without much resistance? Then why will children not ask, ‘Where is Children’s Park?’