Corona Diaries 49: In Search Of The Magical Monsoon Experience 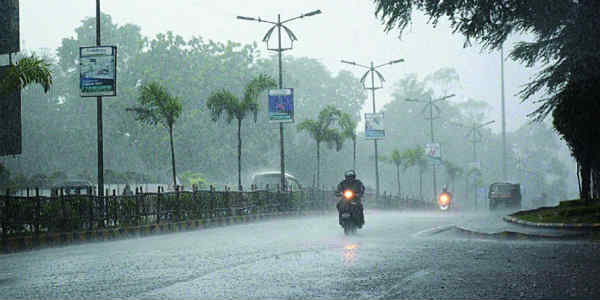 If monsoon is the season you love, then you must be missing a lot. It’s the time Nature gets in touch with its finer self and turns into poet, painter, designer, architect and landscape artist. Rain is its way of putting softness and grace into lifescape rendered prosaic by the ruthlessness of summer. Droplets of water escaping the brooding clouds, in a drizzle first, then in a torrent, and settling into the earth’s welcoming embrace are a calming touch not only for the parched ambience but also to the human souls inhabiting it. If you are among those who like to feel it all through drenched skins and uninhibited senses, the pandemic is most likely to have sapped your enthusiasm.

The monsoon experience this year won’t be the same. There will be puddles of muddy rainwater everywhere but no children to splash them. Hundred rivulets would flow into the big pool far away from the apartment complex but none to appreciate their unhurried, sinuous flow. Those who like to experience the first rain of the season, the earthy smell of soil in the air, raindrops bouncing off their skin, water slithering down the length of the body and clinging wet clothes have to forego it amid sighs of disappointment. Rains have a magical way of making blurred childhood memories fresh and vivid. Getting soaked to the skin in the open somehow rekindles those days.

Safe in the balcony of your house, you still get some signature tunes of the season — the drumming of raindrops on the roof, the pitter-patter on the window, and the rustle of water hitting the leaves and running down; and the signature sights — everything around in original, dust-free hue, the glistening metal fittings in apartment buildings and other structures, the damp earth, flowing water, umbrellas up above hidden heads and so on. However, it is not anything like getting wet out there. It’s much less intimate.

Monsoon will be without the usual thrill and excitement. The creation of the artist, painter and landscape designer will still be there, but it will be so faraway, so bereft of romance. The mean virus has ensured that. Hope it doesn’t blight the winter the same way.

THE MYTH OF SUMMER RELIEF

The heat of the Indian summer, went one theory, would suck the life off the virus. If it could torment people so much, what chance a creature a zillion times smaller did have? After more than seven lakh positive cases and 20,000 deaths, it is clear that novel coronavirus does not render itself to the same certitudes as humans. It has gone from bad to worse in the summer months. It is as yet uncertain whether heat actually makes it more dangerous but the galloping cases should be food for thought for virologists. For the less informed, the advice would be to stay on guard and trust no homegrown, half-baked theories. Maybe we were just lucky in case of earlier pandemics. Such theories are good for in-group gossip, nothing more.

DANGER IN THE AIR

The virus spreads from person to person in more ways than one, new evidence suggests. Earlier it was believed that the transmission happens only through droplets released during sneezing and coughing. The droplets travelled a maximum of six feet in the air. So we had the two-metre distance norm. There could be a rethink on it now that more than 239 scientists have written to the World Health Organization claiming the novel coronavirus could be transmitted through air. While acknowledging the possibility, WHO has sought further evidence to revise its position.

Pathogens remaining suspended in the air for a long time is scary. They can ride on airborne dust particles too. If it’s the reality, what precaution do we take against breathing the virus in? Before new guidelines are announced, the mask remains our best bet. Also, staying indoors, away from the maddening crowd.

CORONA JOKES: FROM DELUGE TO A TRICKLE

The jokes and memes on coronavirus are drying up on the social media. They come in a trickle these days, not in a gush. It means people are either tired of the COVID-19 business or they have lost the fear of it or they have suddenly lost their creative spark. Humour is the way people cope with or make light of crises they are confronted with. It is a form of rebellion and subtle resistance too. It is particularly true when the target is too powerful and oppressive. When everything around is insane, humour seeks to restore sanity through casual irreverence. The corona situation, going by the shrinking jokes, seems insane no more. It’s comforting news.

COVID-19 Spread: Borriguma Block In Koraput Shut Down For 5 Days

Bollywood Looking At COVID-19 Insurance? This Movie Could Be The First One