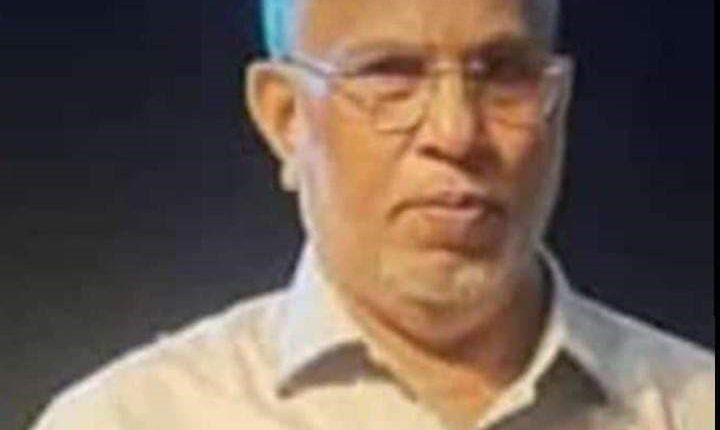 The untimely death of Debendra Kumar Dash on August 25, 2022, at the age of sixty-eight, has robbed Odisha of its worthiest sons. The loss is not simply to be measured by the number of projects he left unfinished and the number of books he had still to write. The extent of the loss can be imagined by the void that has suddenly opened up in Odisha’s intellectual life by the sudden disappearance of a living and walking encyclopedia on Odisha’s literature, history and politics.

Yes, that was what Debendra Kumar Das really was, a towering figure and a walking encyclopedia. He served as an irrefutable source of information on every aspect of the literary history of Odisha, ranging from core questions of authorship, time and textuality to peripheral matters to do with the literary grapevine. He was, therefore, the most reliable fact-checker ever.

I remember an incident from last year. A dispute arose on Facebook among us English academics over the authorship of the Odia rendering of the last lines of Robert Frost’s poem “Stopping by the Woods on a Snowy Evening”. Madhusudan Rao and Radhamohan Gadnayak were the possible names that came up. An appeal to Debendra Dash at this juncture yielded a least suspected name, Golak Bihari Dhal. This effectively settled the dispute. To quote Prof. Bijay Kumar Danta’s closing comment in the Facebook trail of the discussion, “Debendra Dash has the final word.”

If this was the extent of Debendra Dash’s mastery over factoids, his command over his cherished subjects such as Fakir Mohan Senapati, Radhanath Ray and Gangadhar Meher can only be imagined. It was staggering, to say the least. I had living, breathing proof of that mastery and expertise during a recent collaboration with him on the writing of an introduction to Rebati: Speaking in Tongues (Dhauli Books, 2021), a book containing renderings of Fakir Mohan’s iconic short story “Rebati” in thirty-six languages, 24 Indian and 12 overseas.

My association with Debendra Dash was not limited to a single instance of an intensive month-long collaboration. It was spread over two decades during the leisurely course of which I saw the workings of a formidable intellect that constantly fretted against limits and hacked away at boundaries fencing off one discipline from another.

By profession, Debendra Dash was an Odia academic. Yet he was the most intellectually oriented among not only his peers in the Odia department but also among academics in the fields of English, history and philosophy. To the latter, an intellectual orientation is said to come instinctively. If this is so, it is by virtue of the fact of their discoursing in the English language, which seemingly has a near monopoly on knowledge. In fact, it was Debendra Dash who helped to deconstruct for me the binary of Odia and English by showing how English’s hospitality to knowledge was an illusion fostered by the said language’s proximity to power. He didn’t of course put it in the intellectually obscurantist way that I have put it. He put it in his characteristically simple, matter-of-fact and bantering way: ‘Say something in Odia and it is devoid of value, but say the same thing in English and suddenly it seems to resonate with meaning and value.’

Interestingly, his ‘decolonial’ perspective on English didn’t entail for him a rejection of the intellectual products in that language. He embraced them. In fact, he was the most avid reader I knew of those texts. As a matter of fact, there is no English academic in Odisha I know who could survive a strictly intellectual comparison with Debendra Babu or would match him when it came to familiarity with the defining books of our time in the fields of literary and cultural studies, especially ones with a focus on India and Odisha.

Be it Derrida, Bakhtin or Judith Butler in the field of theory, Tapan Raychoudhury, Dipesh Chakravarty, Partha Chatterjee or Benedict Anderson in the field of historiography, Sheldon Pollock or Satya Mohanty in the field of comparative studies of Indian languages and literature or Lawrence Venuti, Sherry Simon or Paul St-Pierre in the field of translation studies, he had read them all. Not only that; he also poached into the more intimate territory of English academics, reading the most current book on Anglo-American literary criticism, thereby stealing their thunder. This was my plight when I went to Debendra Dash one day. This was in 2019—to inform him of a just-published book entitled Literary Criticism: A Concise Political History (by Joseph North) only to be confronted with the actual book itself. He had already procured and read it. He was glad to lend it to me. He was the most generous sharer of books and ideas ever.

Debendra Dash taught all his life at non-Government colleges in Odisha. In Odisha’s cultural climate, this fact betokens marginality and lack of respect. He knew this but was undeterred by it. He was educated. His formative educational years were spent at G.M. College (now G.M. University) and Sambalpur University. His productive years were spent in Rourkela. Both facts represented a telling denial of the seductions of Bhubaneswar, the capital of power. He made sure that the reverberations of the ground-breaking work he did in his peripheral location were heard and felt at the centre.

It was towards the fag end of his career that he came to Bhubaneswar, but he continued to define himself through his cutting-edge work and chose such allies (Sudarshan Acharya, Gaganendra Nath Das, Dasarathi Das, Pradipta Panda, Gouranga Dash, Dipti Ranjan Pattanaik) who were fired by the same passion for an alternative imagining of Odisha’s society and literature and were similarly distanced from power. As Gouranga Dash put it revealingly, ‘We are because Bhaina—his endearing term for Debendra Dash—is.’ Debendra Dash took voluntary retirement for the sake of the unhindered pursuit of literary activism. By then he had consolidated his position not only as a scholar extraordinaire but also as a person to look up to for his courage in storming the Bastille of privilege and power in the sphere of intellect.

For me, Debendra Kumar Das will remain not just a perpetual wonder but a perennial inspiration for having defied what Raymond Williams has termed ‘the known calculus of forces’ (read Ravenshaw College, Utkal University, Cuttack/Bhubaneswar) in the way he came to be. The loss of Odisha letters at the death of such a person is incalculable.

My heartfelt salutation to him and my deepest condolences to his family!

Himansu S. Mohapatra is a former Professor of Engiish.

Another Elephant Electrocuted In Odisha’s Dhenkanal