Doctor Files Lawsuit In US Against PM Modi, Adani & Andhra CM; What’s It About? 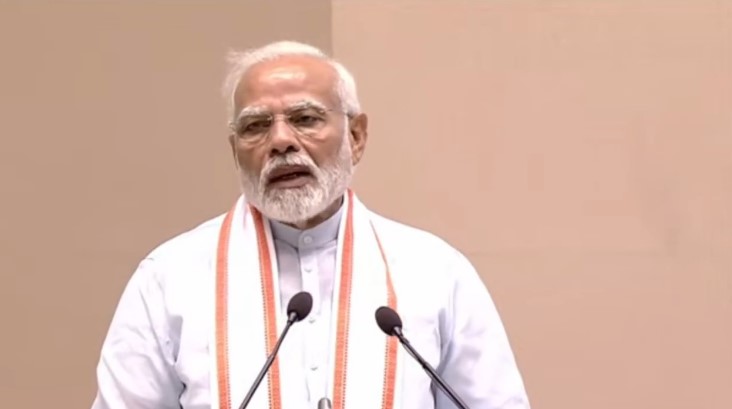 New York: A doctor in the US has filed a lawsuit against Prime Minister Narendra Modi, Andhra Pradesh CM YS Jagan Mohan Reddy and industrialist Gautam Adani on several issues, including corruption and alleged use of Pegasus spyware.

Based on the case lodged by Richmond-based gastroenterologist Dr Lokesh Vuyurru, the US District Court of Columbia has issued summons to the trio, along with founder and chairman of World Economic Forum Professor Klaus Schwab, PTI reported.

The summons were served to Modi, Adani and Reddy in India on August 4, after the lawsuit was filed on May 24 and the court issued summons on July 22.

The Indian-American doctor, who hails from Guntur in Andhra Pradesh, accused Modi and others of making cash transfers to the US and using Pegasus against rivals.

Indian-American attorney Ravi Batra described the petition as a ‘dead-on-arrival lawsuit’ as Dr Vuyurru accused Modi, Reddy and Adani without any documentary proof.

Saying that the doctor had too much time at his disposal, Batra claimed Vuyurru used federal courts improperly to defame and disparage US ally India.

“That no lawyer agreed to sign this toilet paper ‘complaint’ speaks volumes, for this is a dead-on-arrival lawsuit,” Batra said on the merits of the case.

Dr Vuyyuru, who is settled in Richmond for 20 years, had contested for Virginia Governor elections in 2013.

Kin 2006, he had filed a complaint against his former colleague Dr Gopinath Jadhav and two hospitals, alleging Medicare and Medicaid fraud for conducting unnecessary biopsies.

The court dismissed that lawsuit on finding that the allegations were based on disclosures in articles published in a newspaper owned and operated by Dr Vuyyuru himself.

He was ordered to pay $$68,000 to the defendants towards attorneys’ fees since his lawsuit was “clearly frivolous.”

The current lawsuit is also likely to go the same way.