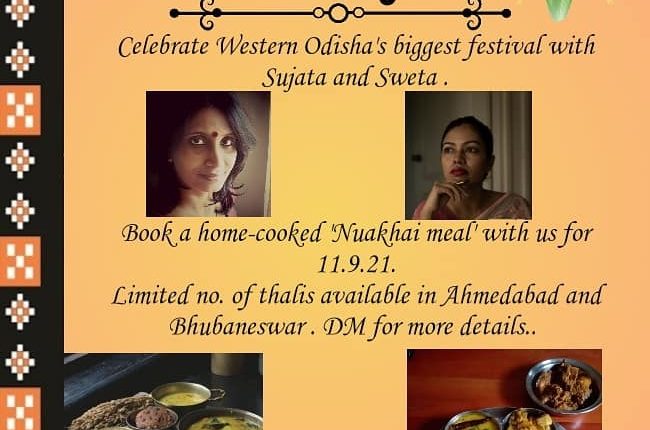 Bhubaneswar: Nuakhai, the agricultural festival, is often associated with Western Odisha. “Why only Western Odisha when food is the soul of any occasion in India or the across the globe?” question some food bloggers and home chefs.

To answer this question and to make an effort to put an end to regional differences in food, two home chefs, Sweta Biswal and Sujata Dehury have come up with a Nuakhai pop-up. What makes this pop-up unique is that the two will be curating their dishes in two different states but will be offering the same menu. The two will also be taking orders for home deliveries for Nuakhai, which will be celebrated on September 11 (Saturday).

Sweta is based in Bhubaneswar while Sujata is in Ahmedabad where she has been spreading the aroma of Odia dishes.

“I was already mulling over doing a Nuakhai special pop up in Ahmedabad. So, one of these days, I and Sweta were generally chatting over food and life like we always do, I proposed to her Nuakhai pop up in Bhubaneswar. So, it was mutually decided to do it in our respective cities. The response was quick. Both Sweta and I are overwhelmed to see the response from people. Prabasi Odias from the coastal districts as well as Gujarati families quickly showed interest in the thali. So, this is a step in the right direction,” said Sujata.

“As our roots are in Bonai in Sundargarh district and we have close familial bond over generations, it was only apt to do it this year. We also wanted to break the monotony of the virtual celebration of food, which has become a trend during the pandemic,” she said.

Talking about the initiative, Sweta said passion for food brought them together for the Nuakhai event and they wish to celebrate the spirit of the harvest festival in the East and West coast of the country.

“The festival is a grand celebration in Sambalpur and is celebrated with equal enthusiasm in other districts in the western part but in coastal Odisha, where it remains a family celebration and most people here are not very aware of the western flavours,” said Sweta.

Sweta has tied up with Pickup Ninja for home delivery within 10 km radius from her location Acharya Vihar near Kalinga Stadium. “As I will be doing all the preparations alone by myself, I will be taking a maximum of 30 orders and the delivery will have to be segregated zone-wise for timely distribution,” she said.

Sweta is married to Arya Vedabrata from coastal Odisha. That is where her journey to study the cuisines of the two regions began and gradually took the form of a passion. “Cooking has always been a part of my growing up years. I saw my mother and grandmother dish out delicacies effortlessly on any occasion. But the real urge to know the difference started after I got married when cooking methods and flavours in Arya’s family varied from that of mine,” she added

“I also wanted to create awareness about local ingredients, popularise the lesser-known items, which have some of the best health benefits but are unknown beyond that area because of lack of push,” said Sweta. 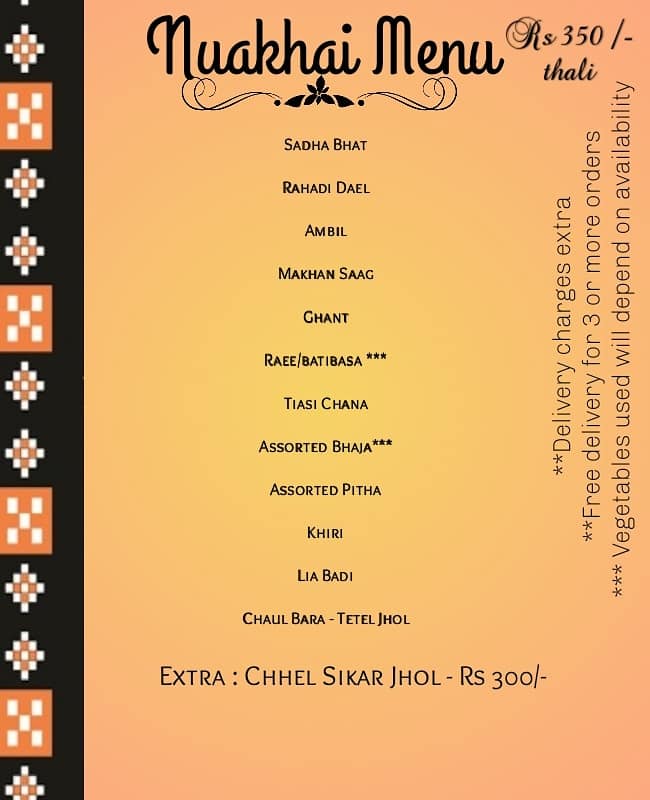 Trader Shot At In Broad Daylight In Odisha’s Cuttack