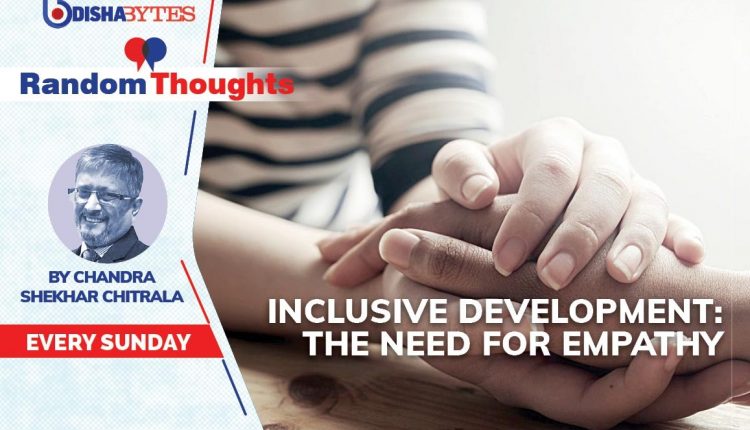 The recent spell of rains once again exposed the shortcomings of the civic infrastructure at Bhubaneswar and Cuttack. Local news channels were replete with visuals of waterlogged roads and flooded homes, and the inevitable lament of how citizens of a Smart City like Bhubaneswar still had to face these travails.

The Smart Cities project began with the hope of driving economic growth and improving the quality of life of people by enabling local area development and harnessing technology, especially one that leads to Smart outcomes.

For probably the first time, development of a city was seen holistically and not in silos defined by the government department charged with the specific responsibility, which is why we see the Smart City authorities concerning themselves with issues ranging from gender issues to infrastructure building.

An interesting aspect of the implementation has been the adoption of a staggered approach with only a part of the city being taken up for development. While this was done primarily due to resource constraints, knowingly or unknowingly, the application of a Lean development methodology has been made available for use.

As with any development, there is also a chance that the interventions decided upon by the planners may not have the impact or effect originally envisaged.

Take for example, the much-vaunted Mo Cycle programme. The objectives are highly commendable – reduction of vehicles on the road, decreased pollution and increased fitness for citizens through the resultant exercise.

Ideally, citizens would walk from their homes to the nearest Mo Cycle stand, pick up a cycle and ride it to the Mo Bus stop and drop it off there, take a bus to wherever they needed to go, pick up a Mo Cycle again from the bus stop, drop it off at the Mo Cycle stand nearest to their destination and walk to it.

Sounds perfect, but unfortunately, it never worked for many reasons, some of them being the weather in Bhubaneswar, not enough busses to provide for timely commutes and the ease and comfort which alternate modes of transport provide. Mo Cycle programme works well only within educational campuses where students use them to commute between their hostels and classrooms.

Ideally, before launching it on a city-wide basis, the programme could have been tested on a pilot basis to identify the shortcomings and a call could have been taken on whether to go ahead with it at all or not.

From the information available on media, it appears 2000 such cycles were procured at Rs.25,000/- each and are apparently worth just Rs.40/- per Kg. now. While Rs.5 crore is a piddling amount compared to funds that are in play in the Smart City ecosystem, the same funds could be seen from a different perspective – 500 young persons being provided with a capital of Rs. 1,00,000/- to start a small business, or building 2,500 community toilets in the slums that dot the city. The long-term impact of utilising funds in these and other such activities vis a vis the impact of say, providing 2000 cycles for hire, needs to be kept in mind when setting up the goals and objectives of a Smart City project.

It is this perspective that needs to be built into the planning process for any development – not just Smart Cities, if we want inclusive growth. It is an absolute fact that our cities need to be clean and beautiful, but that should be balanced with empathy for the needs of the section of the population that is not as affluent as the rest.

In our desire to be seen as developed and successful, we should not become blind to the reality that lies beneath the veneer of apparent progress. Clearing the surroundings of temples and making them pristine is a very commendable achievement. But at the same time, the livelihoods of those whose survival depended upon their proximity to the temple should not be forgotten. As any businessman knows, a major part of the success of any retail venture is location. This is the reason why we have an apparently automatic proliferation of vendors at some locations and none at others. When they are summarily removed to another location, there is no assurance that business can survive there. In fact, a livelihood built up with years of struggle can simply vanish, taking with it the hopes and aspirations of the family that depended on it. For a truly Smart city, this is something that needs to be kept in mind before any such activity, for, the poor are as much citizens as those with means.

True development happens when it takes the needs of all strata of society into consideration, and it should never be forgotten that lopsided development carries with it the danger of anarchy.

Prepare Your Own Emergency Kit To Tide Over Possible Cyclone…

One Of 2 Omicron-Infected Patients In India Has Recovered…