Know Significance of Panchuka In Holy Month Of Kartika 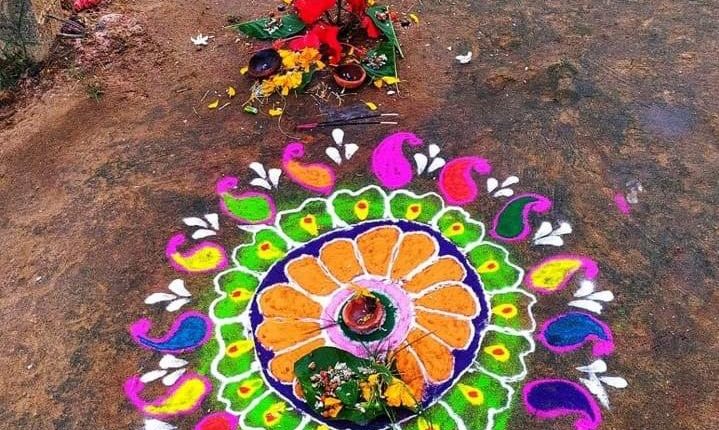 Bhubaneswar: The last five days of the holy month Kartika in Odisha are observed as Panchuka.

During this five-day period, which begins with Bada Ekadashi and ends on Kartika Purnima, devotees of Lord Jagannath observe fasting.

It is a practice among Odias to give up non-vegetarian food during the entire month of Kartika. Those who cannot do so, shun non-vegetarian food for the last five days or Panchuka, also known as Bagарanchuka. It is said that during this period, even cranes turn pious and abandon eating fish.

During these five days, Goddess Lakshmi and Lord Narayan are worshipped. Married women also worship Goddess Vrundavati, the wife of the demon Jalandhara, in the form of the sacred tulsi plant, praying for the long life of their husbands.

They also decorate the place with beautiful Muruja or Rangoli.

It is popularly believed that the chastity and purity of Vrundavati sustained the life of her husband, who didn’t follow any dharma. Thus by propitiating Vґundavati, women believe that they can earn the same merit.

Lord Jagannath is adorned in different Bhesa (attires) on all the five days. He is adorned in the form of Laxminarayan on the first day, followed by Bankachuda Bhesa, Tribikrama Bhesa and Laxminrusingha Bhesa. The last day of Panchuka is very crucial as the Lord gives darshan to the devotees in Rajarajeswar Bhesa.

Notably, the Jagannath Temple in Puri is going to celebrate the rare ‘Nagarjuna Besha’ ceremony after a gap of 25 years on Friday.

Due to COVID-19 protocols this year, however, devotees will not be allowed to attend the ceremony at the temple.