Know The Japanese Neurosurgeon Behind Successful Separation Surgery Of Jaga-Kalia 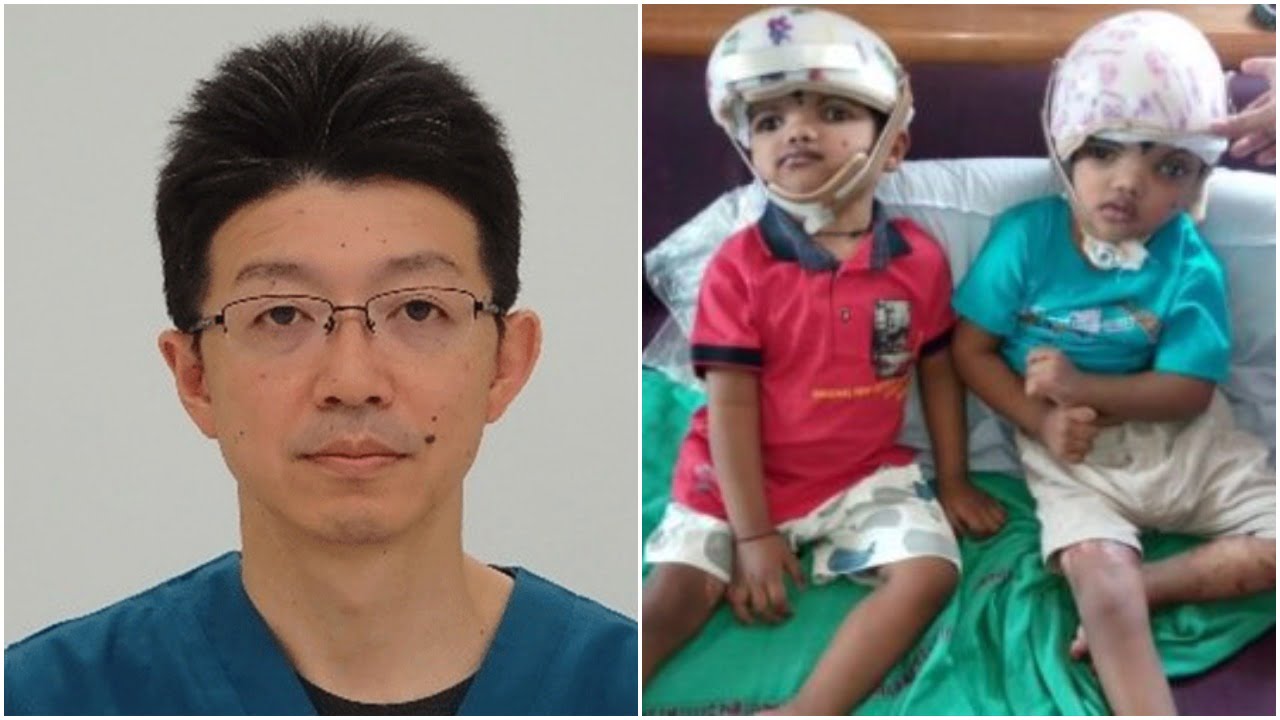 Bhubaneswar: The man behind the successful operation of separated conjoined twins Jaga-Kalia is a Japanese neurosurgeon.

The twins were born with fused brain and skull to a tribal mother in Kandhamal district of Odisha. They also shared venous return (circular sinus). The surgery to separate them was extremely complex and challenging as it involved creating a ‘venous bypass’ to separate the veins returning blood to the heart from the brain of the twins.

The authorities of AIIMS-New Delhi, where the twins were admitted, specially invited noted neurosurgeon Prof Katsumi Takizawa from Japan to perform ‘vascular venous anastomosis’, the most important component of the surgery.

The separation of their heads took place in two stages. The first stage surgery conducted on August 26, 2017, involved creating a venous bypass on Kalia and partial brain separation from Jaga. It lasted for 25 hours.

Katsumi took it as a challenge and performed the surgery, which started at 8 am in the morning and concluded at 3 pm the following day. He completed it without taking a minute break. Neither did he take food nor a sip of water during those 25 hours.

Even after the surgery, he did not rest and instead went to take a class at AIIMS.

Katsumi also did not charge a penny for the surgery. The AIIMS authorities had arranged tickets for his travel and stay.

The final surgery on the twins was done on October 25 and it lasted 20 hours. Skin grafting and minor neurosurgical procedures were performed to cover skin defects over the next few months.

Katsumi hails from Hokkaido in Japan. He is the Head of Department of Neurosurgery at the Japanese Red Cross Asahikawa Hospital. He known in the field of Brain Vascular Bypass Surgery, which is very complicated and risky. In vascular bypass surgery, a doctor has to join blood vessels in the brain under microscope. He has also guided many neurosurgeons in this field.

Katsumi was invited to the 19th Annual Congress of Cerebrovascular Society of India held in Bhubaneswar from September 13 to 15. As he could not come for some personal reason, he delivered a talk on his role in the surgery of Jaga and Kalia through web.

Twins joined at the head are rare — 1 in 25 lakh and three-fourths of them die within 24 hours. AIIMS doctors have records of just 116 such births across the world since 1912. And this was the first successful craniopagus conjoined twin separation surgery in India wherein both the children survived.

After the surgery and having spent two years in AIIMS, the separated conjoined twins returned to Odisha on September 7. They are now admitted to SCB Medical College and Hospital in Cuttack. Jaga will soon undergo a skull transplant surgery.

Thank You Note From Odisha To AIIMS-New Delhi For…