KVs See A Four-Fold Increase In Admissions Through HRD Ministry 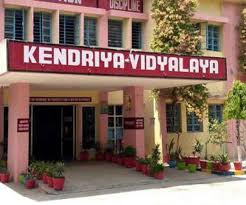 Admissions to Kendriya Vidyalaya Sangathan (KVS) schools, across the country, have increased more than 20-fold under the discretionary quota of the Minister of Human Resource Development (HRD) in 2018-19 compared to 2014.

Moreover, admissions to KVs under the Minister’s discretionary quota since 2016 account for more than the total admissions secured through all 790 members from both Houses of Parliament. This is according to the data obtained from the KVS, which oversees all KVs in the country, by the Indian Express under the Right to Information Act (RTI).

Members of Parliament (MPs) are currently allowed a maximum of 10 admissions per academic session from their constituency (or state in case of a Rajya Sabha MP), while admissions on the recommendation of the HRD Minister is granted without any limit.

“There is no maximum limit for admissions on the recommendation of the Honourable Minister of HRD. Before granting admission on such recommendations, we only see that the section of the class in which the admission is being recommended should not have more than 50 students” said Santosh Kumar Mall, Commissioner of KVS.

The Minister of HRD is the ex-officio chairman of the KVS which runs nearly 1,200 schools across the country. As chairman, the minister heads the general body of the KVS and the Board of Governors (BoG).

In March 2010, Kabil Sibal, then HRD Minister under the UPA-2 government had scrapped the minister’s discretionary quota as well as that of MPs. But MPs quota was restored after just two months after there was a huge uproar against his move inside and outside Parliament  by the MPs. Sibal, however, did not restore the Minister’s quota which was utilised until 2009-10 and it was scrapped in 2010-11.

When the NDA government assumed power in 2014 and Smriti Irani took charge of HRD Ministry, she restored the minister’s quota. Earlier, MPs had only six percent quota but the NDA government enhanced this up to 10 in an academic session from 2016-17.