The Lost Sikhs of Biranchipur 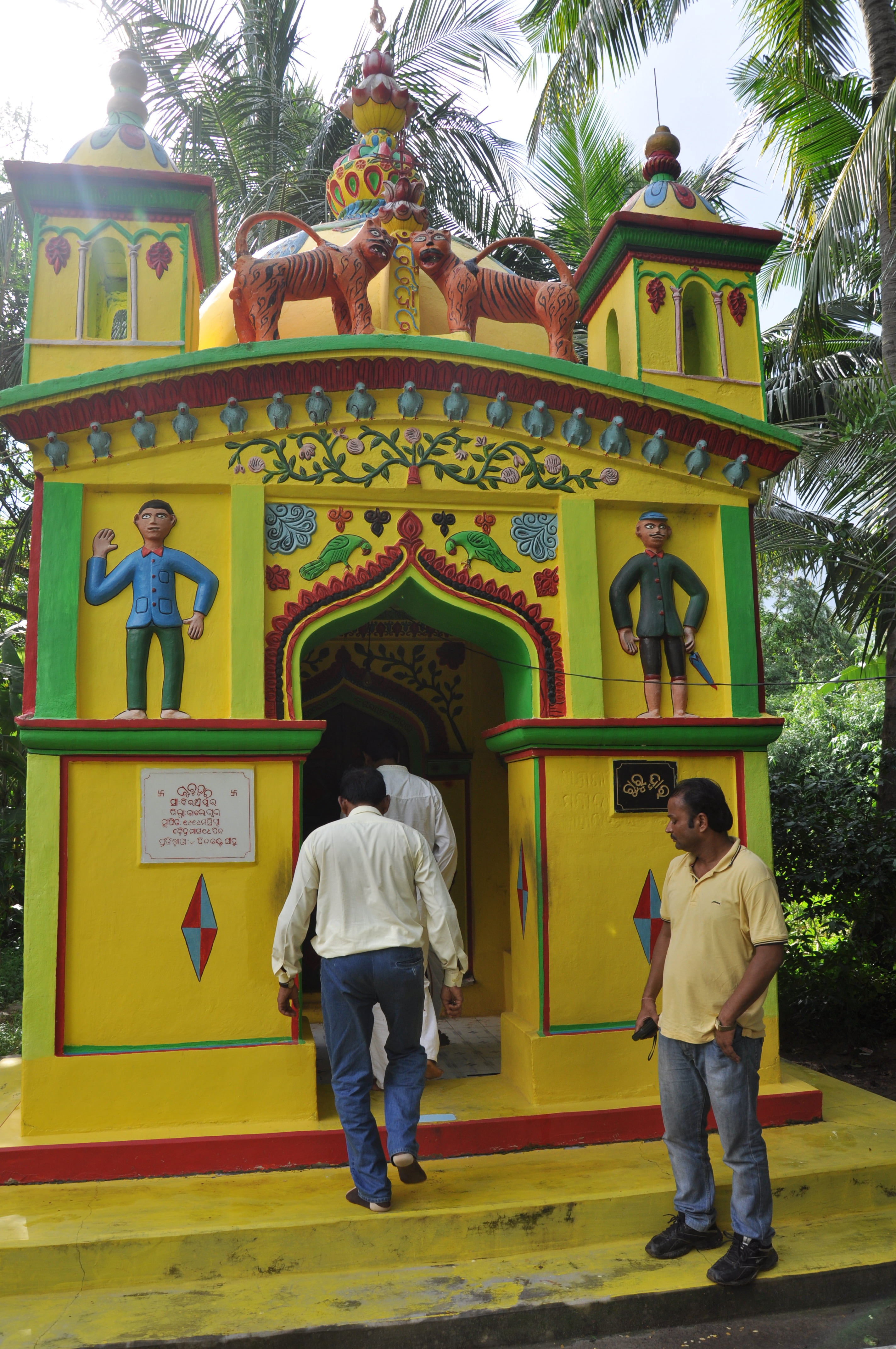 The road leading to Biranchipur village in the coastal district of Bhadrak winds through lush and verdant fields. Aside from an occasional bullock cart, there is little vehicular activity along the village road. The rhythm of daily life is pastoral and tranquil, lending an air of calm and even serenity to the people who call it home.

The story of the Biranchipur Sikhs is truly breathtaking, one which almost defies rational explanation. Despite being cut off from the mainstream Sikhs and Sikhism for more than 500 years, they have managed to preserve their ancient heritage. There are about 40 families who practice Sikh traditions passed down through the generations.

They are descendants of villagers who were preached upon by none other than Guru Nanak himself, who had visited the village during visit to Odisha in 1506 CE.

To the Biranchipur Sikhs, there is no question regarding the origins of the faith. Bhaskar Chandra Sahoo, a devout man who worships the Guru Granth Sahib daily, is a farmer with a small landholding. He has absolutely no doubts about the religion he practices. In the little temple which they call the Gurudwar, this small group does not have any idols, but just the Guru Granth Sahib and a few tattered copies of the Bhagawat Gita. The Granth Sahib is kept on an iron pedestal, carefully bound in layers of silken cloth. Despite their 500-year seclusion, they have still maintained their carried-down tradition, most of which have diluted and digressed over the years. The saga of the Biranchipur Sikhs is testimony to the power of Sikh history and memory. The Biranchipur Sikhs have clung to their identity despite five centuries of self-imposed reclusion.

This was not a chance discovery. While conducting my studies on the ancient Jagannath Sadak, I had got many clues about Guru Nanak’s visit to Bengal and Odisha in 1500. The Gurudwaras at Dum Dum and Burra Bazar in Kolkata and Chanderkona had recorded history of the Guru’s visit. In Odisha, the Guru’s presence had been recorded in Bhadrak (Sangat Gurudwara), Jajpur, Kendrapada Cuttack (Dantan Sahib) and Puri (Mangu Math and Baoli Sahib). I had got some clues about another place which had a relic and the holy book. An old reference about a small temple which had the Guru Granth Sahib was reported in 1960, but I could not trace the place. The author had given an account of a visit to a small village in Basudevpur Block near Guagadia, where he had seen the holy book.

The small group was initially suspicious of my motives and would not open up. It took me sometime to win their confidence, after which they told me the enchanting narrative of their religious journey. One of the elders told me that long back, a few decades ago, some Sikhs had come enquiring, but they had not shown them the Holy Book and the relic as they apprehended that it would be taken away from them. On my insistence that I had no such motives, they very reluctantly summoned the priest, a Brahmin, who come and grudgingly opened up the stacked up packet which contained the holy book. Bhaskar Sahoo told me that the book was at least 300 years old, and looking at the frail condition of the paper and the beautiful handwritten script, I could guess it’s vintage. The paper was falling to pieces and I gently handled a few pages. The writing was crisp and clear, in black and red. Each page was bordered in red which had faded with the years.

They then extracted the treasured relic from a secret compartment. It was a copper Kara, which supposedly had been given to their forefathers by Guru Nanak himself. The green patina of oxidized rust coated the Kara. The priest held it out to me; I took it with trembling fingers.

Sitting there with the Biranchipur Sikhs, I could feel the aura of the Holy Spirit that pervaded over the place. Two framed calendar sketches of Guru Nanak, at least seventy years old, were hung inside the temple. The villagers told me that they prepare the Kada Prasad every day and even recited the exact proportions of the ghee, sugar and flour. They held langars on full moons and the Gurus birthdays. For this small community, their little Gurudwara has always been the fulcrum around which their lives revolved.

For many Sikhs today, there is little difference between being Punjabi and being Sikh. But this was not always the case. Sikhism has a rich and vibrant history outside of the Land of the Five Rivers and it is a legacy which the Panth is only beginning to take notice of. In fact, four of the five Punj Piareys — the Five ‘Beloved Ones’ were from outside Punjab. One was from Odisha.

While Sikhs are overwhelmingly associated with Punjab and other parts of Northern India, there are many small communities who made their home in Karnataka, Andhra Pradesh, Maharashtra, Assam, West Bengal, Odisha and other States. Many of them live in virtual isolation, practicing their own form of Sikhism. The Biranchipur Sikhs do not cover their heads while reciting the Granth Sahib, something I pointed out to them.

How did this religious group maintain its invisibility for centuries? For one thing, they kept to themselves. While gathering information about them, I was unable to discover anything concrete about this nameless sect’s history. All I could discover about the groups history was the account they gave of themselves.

I also have doubts that they may have adopted Sikhism at a later date, much after Guru Nanak’s visit. The Sangat Gurudwara and the small community at Bhadrak may have spread the word of the Gurus in later years, and the Biranchipur Sikhs may have been an offshoot of this group. As the crow flies, Biranchipur is just about 25 Kms away from the Sangat Gurudwara. There was a continuous presence of Nanakpanthis in Bhadrak in the last three centuries; they were often seen on the Jagannath Sadak, making their way to Puri. In fact the Nanakpanthis had a permanent presence in Puri during the Rath Yatra, they stopped coming only after the partition of India. Both the Nanakpanthis and the Nanakshahis find place in the folklore of the area, there are references of them in the old palm leaf manuscripts too.

I found the group members to be unfalteringly nice, self-effacing, ever-gracious in their answers and meticulous in their conduct. During my many visits to them, they showered me with attention; I enjoyed their kindness and quiet dignity. They are distinctintly different from the other villagers. Their predecessors had received Guru Nanak teaching and had adopted his ideology by focusing it on one word, ‘Satnam’, meaning “true is the lord’s name.” This was clearly etched in Odia script on the front of the small temple.

Sikhism was, in its time, among the most practical of all religions. Its followers were not expected to give up their worldly ways. Instead, they were to moderate greed, pride and other ills while still remaining practical. The religion was founded on the principle of protecting the oppressed, of giving voice to the helpless and of being protectors to those who could not protect themselves.

I have got the old book examined by experts from the Patiala University. It is in an old Gurumukhi script which was prevalent about 350 years ago.