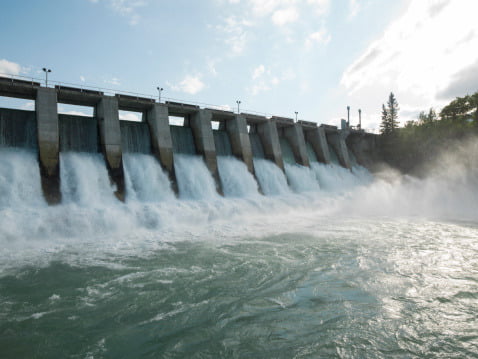 New Delhi: The Inter-State River Water Disputes (Amendment) Bill 2019, which seeks to streamline the adjudication of river water disputes by setting up a single, centralised tribunal instead of multiple tribunals, was passed by a voice vote in Lok Sabha on Wednesday.

With the passage of the Bill, all the existing tribunals will be dissolved and pending cases transferred to the proposed centralised tribunal.

A two-tier dispute resolution mechanism has been proposed in the Bill. Once a dispute arises, it will be referred to a Dispute Resolution Committee (DRC). If the committee fails, it will go to the centralised tribunal. The decision of the tribunal will be final but the verdict can be challenged in the Supreme Court through a special leave petition.

Fixing of years for adjudication of cases:

The Bill also fixes the number of years by which the cases have to be adjudicated. The maximum time allowed for the DRC would be one-and-half years, for the tribunal three years and for reconsideration another one-and-half years – taking the total to six years.

The Bill was supported by the Biju Janata Dal but party MP Bhartruhari Mahtab suggested that water disputes should be directly sent to the Supreme Court as tribunals have lost their relevance with time. “It is necessary now to take a holistic view of the issue as the ultimate adjudication is being done by the Supreme Court,” he said while participating in the discussion on the Bill.

He maintained that since India has evolved into a multi-party democracy with regional aspirations, adjudication of the dispute would be that much difficult for the tribunals.

Fear of centralisation of power by the opposition:

The Bill seeks to appoint the chairman, vice chairman and six members by a committee comprising the Prime Minister, the Chief Justice of India and Ministers of Law and Justice and Jal Shakti.

Opposition parties such as DMK fear this will lead of centralisation of power as the overall control over water will rest with the Centre. Until now, the Chief Justice was the nominating person for appointments but with the PM and central ministers coming into the picture, the Centre will have more say in adjudications.