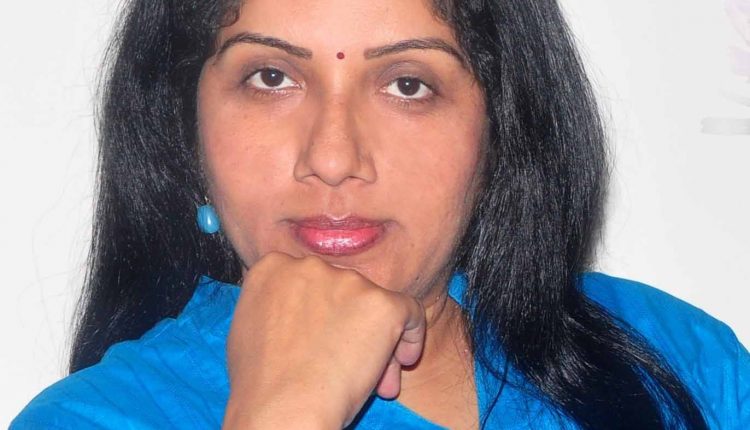 Bhubaneswar: Under the lens for using the ‘Dr’ title without being entitled to it, BJP’s Bhubaneswar mayoral candidate Suniti Mund has made no mention of any doctoral degree in her affidavit filed during filing of nomination papers for the elections, results for which will be declared on Saturday.

Mund’s affidavit, a copy of which is with Odisha Bytes, says: “Masters of Arts passed from Bhabanipatna College under Sambalpur University in 1999”. She has made no mention of the subject in which she completed her MA. Her website (drsunitimund.com) mentions that she is a post-graduate in Odia from Sambalpur University in 1999. The version in her affidavit raises suspicion as there is no institution named “Bhabanipatna College”. Assuming that she has casually referred to Government College in Bhawanipatna as “Bhabanipatna College”, the claim lacks clarity as to whether the college ran Masters programme in the nineties. It became an autonomous college in 2002 and thereafter started regular MA courses in different subjects.

Odisha Bytes tried to get Mund’s response on this and also sent her a questionnaire. She has not responded yet.

Mund has also not yet clarified as to why she has been using ‘Dr’ before her name in public and also her social media handles (Facebook, Twitter and Instagram) and in her website URL when she has not done any doctoral degree from any university or institute.

Odisha Bytes’ expose on this was published on March 22, 2022, but neither Mund nor anyone from her party has come forward with a reply thus far.

Further, at a press conference here on March 5, Bhubaneswar MP Aparajita Sarangi described Mund as a “highly educated woman” while announcing the latter’s candidature for the coveted mayor post. Referring to Mund’s curriculum vitae, which was subsequently circulated to the media, Aparajita said Mund had done a PG diploma in journalism from IIMC. Though the BJP leader did not expand the abbreviation, those acquainted with it know that it stands for Indian Institute of Mass Communication, which is based in New Delhi and has regional centres at five places including Dhenkanal. Aparajita’s mention of IIMC, considering the common parlance, would mean Mund did her PG diploma in journalism from IIMC, Dhenkanal. 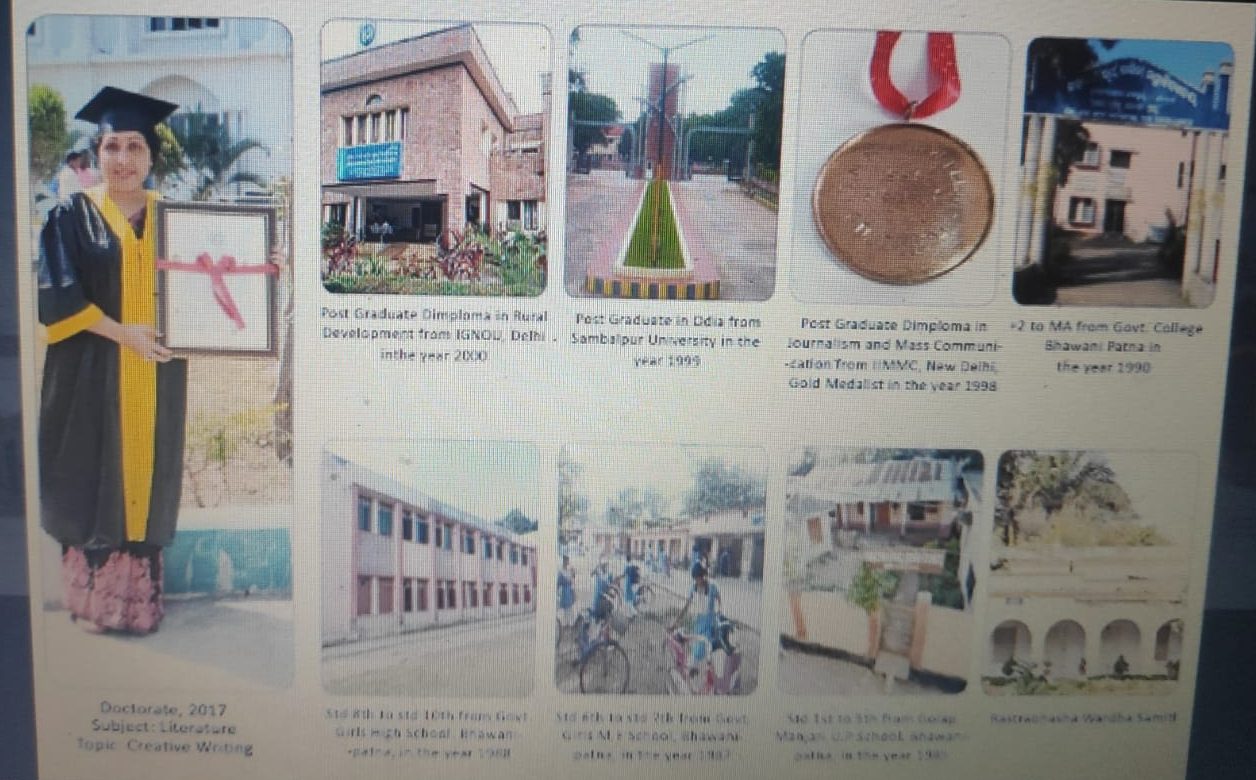 On scrutiny of IIMC, Dhenkanal, alumni records by this journalist, no mention of any student with the name Suniti Mund could be found. Besides, Mund’s claim of having done her PG diploma in journalism in 1998 from IIMC raises suspicion because the reputed institution offered journalism in English course in the nineties and Mund hasn’t ever worked in any English news organisation. IIMC started its PG diploma in journalism in Odia in 2001. This aspect of her claim, which Aparajita also mentioned at the press meet, too demands clarification from Mund and Co. 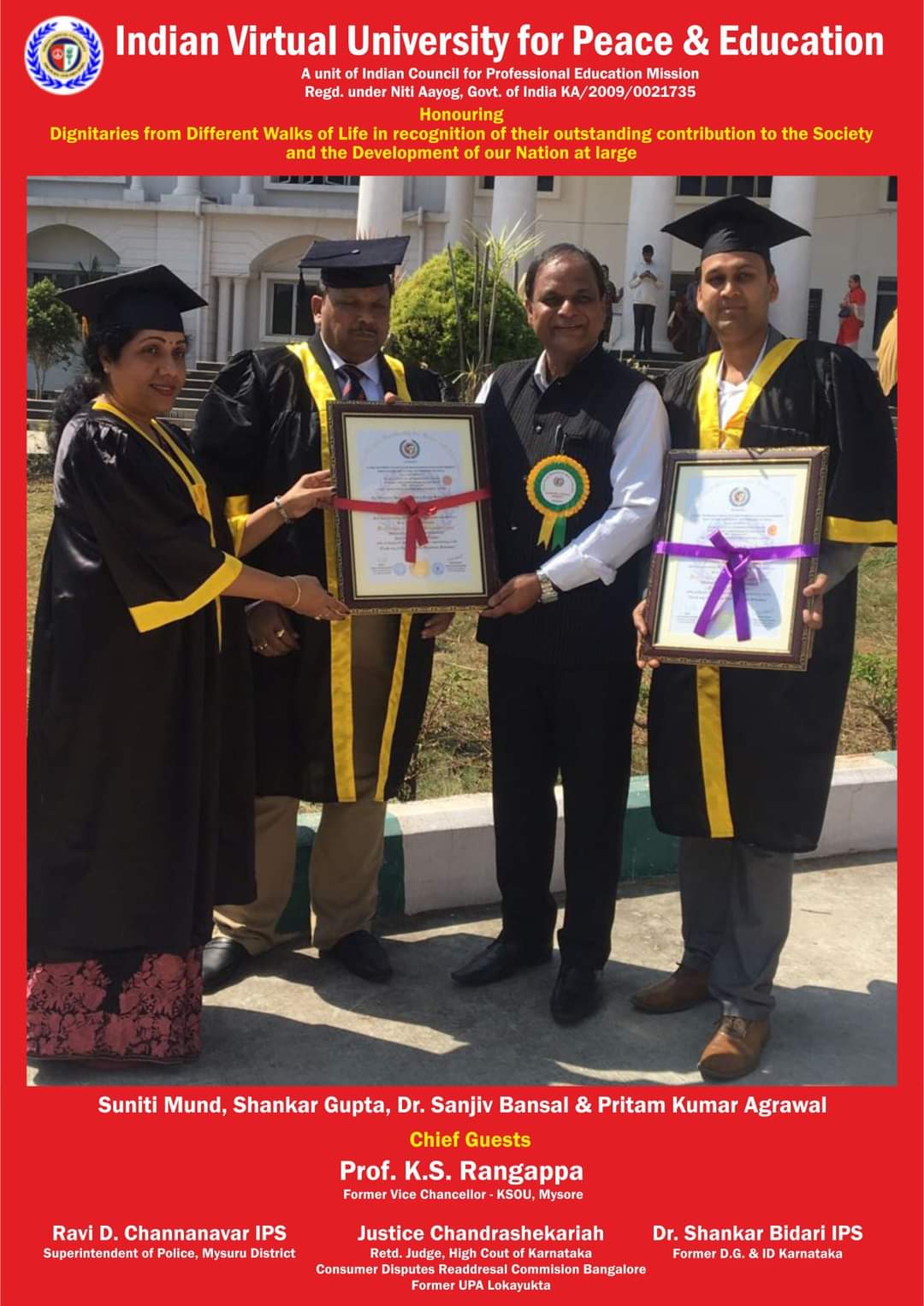 Mund’s purported CV circulated to mediapersons, however, says she did her PG diploma in journalism from “IIMMC” in 1998! Whether it was a typographical error or is an abbreviation for some other institute is not clear. She has not mentioned the location of the institute. Her website says she did her “post graduate diploma in journalism and mass communication from IIMMC, New Delhi” and was “gold medalist in 1998”. The authenticity of this version is doubtful considering that it is not clear what IIMMC stands for and whether an institute with such a nomenclature genuinely exists.

Moreover, Mund’s CV says she completed her journalism diploma in 1998 and her “MA (Oriya) from Sambalpur University, Odisha (1999)”. The MA being a two-year degree course, how could Mund complete it in one year if she finished her journalism diploma in 1998? Or, how could she pursue two courses simultaneously when it is not allowed and migration and college leaving certificates need to be deposited only in one educational institution at a time to pursue a single course?

Interestingly, Mund’s Facebook profile says she was a “PhD scholar from 1996 to 1998”! And her CV says “doctorate felicited (sic) from Mysore University-2017 for researched work creative writing”! What is the procedure and which institution is involved in such activity also appear dubious at best. No information of Mysore University having given honoris causa to Mund could be found. A photo, accessed by Odisha Bytes, of Mund wearing convocation robes and receiving a certificate mentions “Indian Virtual University for Peace & Education”, which a claim that it registered with NITI Aayog. The fact remains that universities in India need to be affiliated with the University Grants Commission (UGC), a statutory body under the Union ministry of education, and not NITI Aayog. On her website, Mund is seen on a phone wearing convocation robes with the information: “Doctorate, 2017; subject: Literature; Topic: Creative Writing”. There is, however, no mention of the university which conferred doctorate degree on her.

Odisha Bytes would carry Mund’s reaction on the issues raised by us pertaining to the educational qualifications she has claimed to possess.