New Learnings From Graphic Tales Of Old Classics; Little Has Changed In This Polarised World 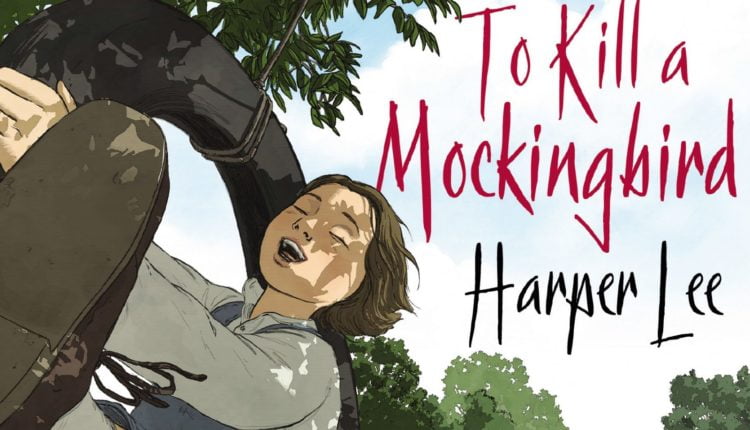 As every bookworm knows, the pleasure of a good book is something that transcends the ordinary pleasures of life.

And when the book is made into a movie that faithfully captures everything that was good about it, it gives the reader an opportunity to enjoy it all over again.

One such book that I had enjoyed, in both formats was To Kill a Mockingbird by Harper Lee.

And last week, thanks to a wonderful friend, I was able to enjoy it in a completely new form – as a graphic novel.

Incidentally, I was introduced to the world of graphic novels in the mid-nineties by my friend Orijit Sen with his River of Stories.

As India’s first graphic novel, it proved there was yet another way to create meaningful, socially relevant literature, this time in an easy to consume format.

Which is why, re-reading a classic that I had previously enjoyed as a book and on the screen in this new format was no less enjoyable.

Though set in a small town in the USA in the 1930s and written from the viewpoint of a six-year-old girl, who preferred to be called Scout, it’s universal appeal has made it a bestseller that has never been out of print.

Atticus Finch, Scout’s father, is a lawyer who was appointed by the judge to defend a black man accused falsely of raping a white woman. Despite opposition from his fellow citizens, he chooses to defend the accused to the best of his ability.

Though it deals with serious issues like racial inequality, prejudices, rape and loss of innocence, the warmth and humour in the depiction of the places and events make it an easy read and very relatable.

One of the most poignant moments in the book is when a mob of white men try to storm the prison and lynch the black man.

Atticus gets to know of the plan and tries to stop the mob. However, the mob is intent on violence, and just as it is about to attack Atticus, Scout reaches there. She recognizes one of the group to be her classmate’s father and as she talks to him about his son, he and the others in the mob realize the reprehensibility of their actions and disperse

This time, as I read the book in the new format, I realised something that I had missed earlier.

I realised that as the events unfolded and the trial progressed, in the section of the white population that was baying for the accused’s blood, it seemed that the hatred for Atticus was more than that for the accused, as they felt that as a white man himself, he was a traitor to their cause.

Today, as our world is getting more and more polarised, there is a similar hatred for those who choose to see things from perspectives other than those of their own communities or groups.

Though more than ninety years have elapsed since the events in the book, it is amazing how little we have evolved as a society – not just here in India, but across the globe.

And so it is a wonder that though the book has been a prescribed text for middle and high schools in the USA, we still see so much acceptability for the racial and other forms of discrimination there.

As our world hurtles towards increasing intolerance, one remembers Winston Churchill who had said “Those that fail to learn from history are doomed to repeat it.”

Having said that, there is still the silver lining to this dark cloud of intolerance that it can take something as simple as a child calling out to an individual reminding him of his own child to bring back sanity to the group, and hopefully to our world.

Also Read: Bring Out The ‘Adult’ In You To Build A More Tolerant Society