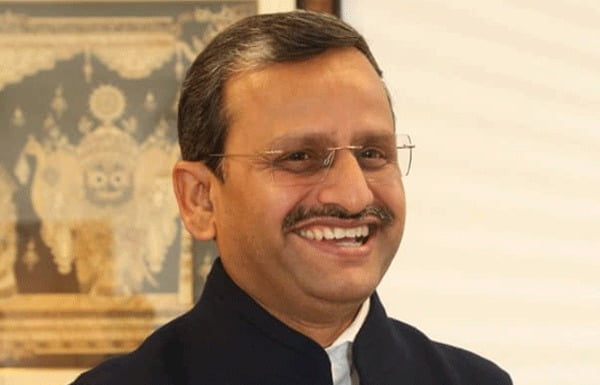 Bhubaneswar: There is a change in guard and a new Chief Secretary, Suresh Mahapatra, will start his new innings, though on the same pitch. 2021 will be an important year of pushing development agenda in the middle of the COVID aftermath.

The Chief Secretary (CS) position is the peak of a bureaucrat’s career in the state. We, the people expect the incoming CS to lead the state administration from the front, develop a youthful, futuristic ethos and reduce inefficiencies in the outreach of public schemes. The dependency on the government for welfare activities will keep increasing in Odisha and in another 5 years would be at its apogee; because the role of civil society organisations (CSOs) is almost elegiacal.

By 2025 we wouldn’t expect CSOs to be involved in any social development issues. Regretfully, they would continue to be confined to the role of outsourced agencies for implementing projects. Hence all the thinking, planning and execution of public goods distribution would have to be done by the government.

Involvement of the village and district youth in public work is an idea whose time has come. We have hopes of the CS taking smart strides in ushering in the incipient but warranted paradigm shift in the state development. COVID has changed our lives and will continue to do so in the next 2-3 years, during which our below 35 population would increase by about 4%. Ganjam, Cuttack, Balasore, Khurda and Mayurbhanj districts are the high population districts which would need special attention as far as the preparedness to combat the mutant coronavirus is concerned.

The new incumbent CS would have tenure of slightly more than 12 months and that is a good time period to bring about the following changes: (at least rev up the mechanisms).

Make development the central narrative: As long as it helps development of the state, it doesn’t really matter whether the help is coming from the centre or the state. So the proposals and the policy work in the state needs further polishing and push. E.g., in the last five years Odisha has received Rs 7744.68 Cr as CAMPA fund. The expenditure has been hardly 50%. With super-high intensity of mining in Odisha, the rate of afforestation is poor. Agreed that it is often difficult to find the non-forest land for afforestation to compensate the loss of forest. But a special task force has to be given the task to complete the first phase by next monsoons. This is high priority because we are in the middle of climate emergency.

Help solve on-going and long-standing border disputes with all our neighbouring States: Odisha should take the lead in initiating bilateral discussions with the border states, i.e. Andhra Pradesh, West Bengal, Jharkhand and Chhattisgarh. I have been advocating for the resolution of Kotia panchayat (Koraput) case with Andhra and there are fourteen out of Odisha’s 30 districts which share borders and are in litigation with other states. There is a long history of border and water disputes which are waiting for resolutions due to historical, cartographic and geological reasons. This will have direct impact on the livelihoods & socio-economic interest of our people living in the troubled geographies. Our resources are too coveted to be frittered away in avoidable challenges.

Make livelihoods initiatives aggressive: More than 25 per cent of the state population consist of indigenous people and over 90 per cent of farmers are small and marginal land holders. They depend on agriculture and allied sectors as their primary sources of income. Let us be realistic. According to some estimates, Odisha has more than 2.5 million migrant workers, and since the 90s, there is principally “migrarian” livelihood, with migration and agriculture as the major providers. In April 2020, data collated by CMIE showed that the unemployment rate in Odisha was 23.8%. it is not easy to expect large scale absorption of the unemployed under MGNREGS. Almost two-thirds of the migrants are back to the cities. The only way to ensure employment or gainful engagement is to create opportunities in the state. Livelihoods initiative does not mean only rural livelihoods. The women groups of the state need to be federated more and given support to start their producer organisations – both in rural and urban areas. By 2022, management of urban population would be a major challenge in Odisha. Bhubaneswar is now bursting at its seams, Berhampur is lagging much behind in city management, Rourkela is getting inundated with slums with each passing day, Sambalpur is looking for development, and Cuttack needs help. Old Bhubaneswar (temple area) and Puri temple area cleaning and modernisation are global examples of community supported, cleansing of age-old decadence. But these islands of success need to be replicated across the state.

Make Odisha communication vigorous: The ongoing advertisement blitzkrieg by Odisha Tourism is commendable. The quality and the strategic placement of the commercials in national and international media are praiseworthy. The peace and easy pace of life, the stability of the state and the soft skills of people need to be highlighted. In the coming decades, capital investments would be largely determined by the softer life-elements. The ease-of-doing factor would be largely governed by the participation of the people in the business. So, the “people factor” is the crucial smart factor to be nurtured and disseminated. In each of the big cities where we have optimal sized Odia associations (Delhi, Mumbai, Bangalore, Chennai, Pune, Goa) we should engage them in Talking about Odisha in their social, professional and economic spheres. This can be done with planned, subtle but sustainable interventions.

Invigorate Odisha representation: Tourism, Industries, Handloom & Handicraft, Culinary need to be exported to the rest of the country and the Region. The government of Odisha outfit in Delhi should reach out to prospective investors, do high quality road shows, organise intellectual discussions about Odisha and its potentials in ramped up frequency, intensity and visibility. Delhi is the capital of the ambitious $5 trillion economy and there should be competitive states’ demands and high energy sales pitch. Delhi belongs to every state of the country and we need to create our niche. When you are next in Delhi during one of your official visits, you should get prudent and progressive feedback. Similarly, at Mumbai.

Vietnam, Philippines, South Korea, Thailand, some CIS countries are the fast emerging economies and as early as 2025 they would be strongly placed in the manufacturing, electronics sectors. For example, Vietnam’s manufacturing sector has grown exponentially since 2010 because businesses have started to look elsewhere as labour costs in China increased. The ongoing US-China fracas has made China a less attractive place to manufacture, with a number of tariffs on exports. Many multinationals have started operating in Vietnam, including global technology leaders like Apple and Samsung. Odisha could make special efforts to engage in dialogues with Vietnam (also other countries) in outsourcing of manufacturing facilities. This will be a win-win proposition.

Handling NPOs (non-performing officers): Freeing the state from non-performing officers would free all of us from the shackles binding its quantum leap in quality of life and GDP. Growth is directly proportional to the functioning, efficiency, and the behaviour of the bureaucracy. That is why the purported elitism of bureaucracy. But amoral officers take the high hat for granted and are amnesic to the fact that they owe their subsistence to the taxpayer. They are civil servants who have been selected after stringent screening, but have gone awry and off kilter, down the line. Non-performance of bright people entrusted with earth changing powers is one of the most heinous, white collar crimes. If their high capacities are not benefitting the state, then they become liabilities. I believe that the development of Odisha, as we see today is majorly due to the skilful implementation of the schemes and policies by our bureaucracy. Because over the years our civil society and polity have been pathetically, dimming and distancing from social issues. The success in the outreach of our governance, so far, owes a lot to our bureaucracy. Though much more is desired, bureaucracy has been galvanising our policies and our development. But a few rotten apples destroy the entire pack of apples. A cabal of NPOs eat into our establishment, leaving behind an aftermath of distrust and malignment, to be encountered by the bright officers. It is time good energy drives bad energy out.

Full marks to the bold steps by the government of India and pioneering state governments like ours, to remind the officers ‘perform or perish’ – about their joining oaths and the expected ‘civility in and of their services’. Government of India and these state governments have braved the nexus of NPOs and set off India’s most wanted freedom movement of the present times – our liberation from the clutch of inept officers.

This freedom movement will guarantee us at least 40% all-round better performance in all human development indices. Our ambition of a $5 trillion economy would stagger sluggishly if the NPOs continue unabated. I have always maintained that the growth trajectory of the country rests a lot on the shoulders of the District Collectors. But NPOs create roadblocks for them.

NPOs don’t relate only to government employees. Bureaucracy is omnipresent. But government bureaucracy, additionally, is omnipotent. Like the punctual participants who suffer due to the late comers to a meeting who force them to wait, the POs (performing officers) should not suffer at the hands of the NPOs. Rather POs should drive NPOs out.  POs should be felicitated and gloriously rewarded.

The wish list is unending. But we do hope that 2021, under CS’s guidance, helps Odisha find balance on its feet, engage youngsters, and tackle natural disasters, as much as possible and even more.