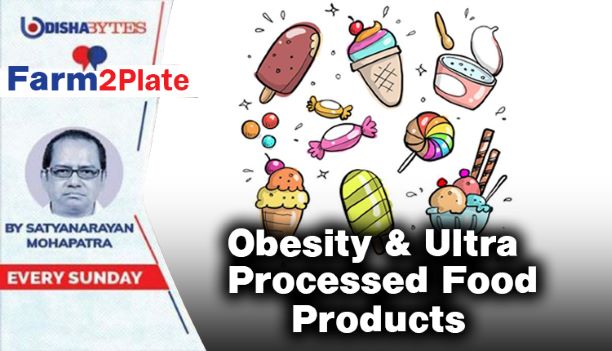 Obesity in India is increasing at an alarming rate of 25 to 30 per cent (five-year average year on year estimate). This is due to the high consumption pattern of Ultra Processed Food products (UPFs) among consumers in India, especially in the metros, Tier 1 and Tier 2 cities.

Article 21 of the Constitution of India guarantees protection of human life and health. It is high time the government of India conducted dietary surveys aimed at stalling rising UPF consumption. Though there is enough evidence to say increasing consumption of UPFs is harmful to human health, we need not wait for taking action before it gets out of hand.

UPFs work through various mechanisms. Evidence shows that ultra-processing is linked to negative health outcomes, independent of the nutrient content. As it is high in salt, sugar or fats is harmful and it displaces the unprocessed or minimally processed foods. There are trillions of gut microbes, which protect human health through core functions such as digestion, metabolism and immune mechanisms; and intake of UPFs alters this arrangement, thereby losing out on this protection.

Food additives such as colorants, emulsifiers can lead to chronic inflammatory diseases. Some beverages include artificial sweeteners, which can cause cancer. During packaging, potentially toxic compounds are added into the food, especially with long exposures.

Prevalence of obesity in India is a major health risk, which has increased by leaps and bounds among adult men and women. Ultra-processing alters the food matrix and its structure, which destroys the nutrition quality and affects the satiety centre that makes you eat more. High consumption of ultra-processed diets has been found to be associated with chronic diseases like overweight type-2 diabetes, cancers, hypertension, and heart disease.

People who consume high UPFs in their diet have a greater chance of developing type-2 diabetes. A study during COVID-19 pandemic showed that one got easily affected by the virus, depending on the consumption pattern of UPFs. High UPFs consumption can lead to dementia, anxiety and depression.

UPFs generally have these five ingredients and are industrially manufactured. The food contents are chemically or physically transformed, ready-to-eat, affordable and very aggressively advertised. These are formulations of oils, fats, sugars, starch, and other products. It contains flavourings, colourings, emulsifiers, and other cosmetic additives.

UPFs contain substances which are not found in domestic kitchens. Thus a food product containing more than five ingredients is likely to be UPF. UPFs are packaged food products that are industrially manufactured. The UN Food and Agriculture Organization (FAO) recognises that increasing consumption of ultra-processed food products is associated with poor health outcomes and recommends limiting the consumption of UPFs through policies and regulations. One will never find real or whole food in ultra-processed products or UPFs.

To make consumers aware of the downside of UPFs, Brazilian scientists and policy makers came up with a novel idea on classifying the food based on the degree of processing – terming it as ‘Nova Classification’ meaning new classification. It has four groups. Group 1 consists of unprocessed or minimally processed foods such as fruits, vegetables, pulses, rice, eggs, meat, fish, or milk; Group 2 consists of processed culinary ingredients, including salt, vegetable oils, butter, sugar, and other substances used to prepare meals; Group 3 is ‘processed foods’, which consist of canned vegetables or fruits with added salt or sugar; Group 4 consists of UPFs like soda, ice cream, bakery items, biscuits, and chocolates. This model can be replicated in India also.

Blame it on the trend vis-a-vis market

The market led to mass production and made these affordable. Aggressive marketing created the demand by projecting these as ‘healthy’ and contributed to increased consumption. In India, we sadly don’t have any statistics to understand the situation and present scenario. A half-baked study by FSSAI came up with a figure of 1,300 food and beverage items sold in India being high in salt, sugar and saturated fat – and are thus unhealthy.

Not all processing is bad. For years, people have used fermentation, heating, sun drying, cooking, minimal processing such as turning wheat to flour and making chapatis or cooking with spices to enhance taste and flavours. Food has also been preserved before. It is high time consumers need to know about the risks of diets high in UPFs in local languages to be aware of reducing their consumption.

Regulation of UPF advertisements, especially those targeted towards children and adolescents. The government should have stringent policies – like warning label bands in prominent colour on packs of unhealthy food products and a highest slab of GST may be imposed on them.

After I discussed this with my school-going daughter, she now reads the label carefully before picking anything from the grocery store. Hope this reaches out to all.