Odia Identity: Our Space In The Universe 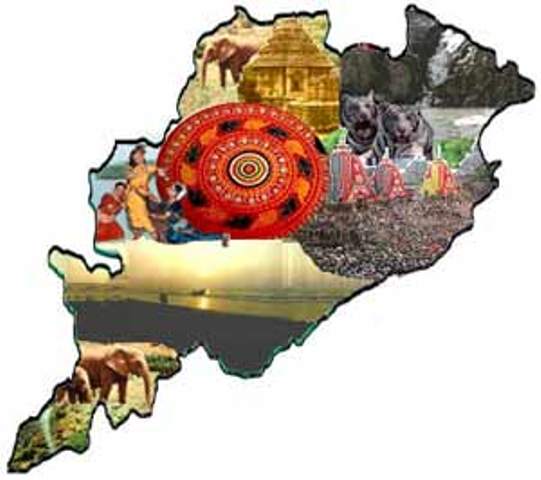 Asmita. It is the luminescence within, that soft glow of self-belief and quiet assuredness about one’s state of being. It is the unique descriptor which defines one for others. It is the marker of one’s location in the vast world and the sum of the spirit and substance of individuals and communities. Perhaps it is much more.

It is too complex for instant comprehension. The immense English vocabulary fails to catch all the dimensions of the word, the same way it struggles to explain the wonderfully layered dharma. Pride, self-respect come close but are inadequate as they fail to grasp the essence. Perhaps that’s how it was meant to be. The mystique of words is often lost if they render themselves to simplistic exposition. Also, the fuzziness allows flexibility to interpretation.

Asmita, explained for layman’s consumption, is about the way individuals and communities perceive themselves, expect to be perceived by others and are perceived by others. It is understood by the degree of confidence and pride they bring into their self-image and project reflexively to the world outside. The lower it is, the poorer is the overall impression. Unquantifiable, it is measured in abstract ways. At the level of the individual, it can reflect in the quantum of respect he commands for what he is. The same goes for wider communities in which his roots are.

In the dominant revisionist and revivalist worldview of our times, the word assumes special significance. As the chief minister of Gujarat, Narendra Modi made it his calling card. As the prime minister of the country, he has been busy remarking India’s space on the global stage by asserting its status of equality, if not superiority, with other superpowers. Ever since his ascendance, he has pursued with singular determination the goal of correcting the country’s self-image as well as the way it is perceived by outsiders. But he is not the lone crusader; he is the spearhead of an entire intellectual eco-system that has been emphasising the need to jettisoning inferiority complex and defeatism from the national collective consciousness for decades.

Behind the repackaging of India, lies the elaborate process of re-evaluation. For nations to progress and find a sense of direction, it is imperative that they emerge out of their comfort zones to reassess themselves, to understand their place in a universe where they are continually judged by others. The exercise also makes them aware of their own stagnation, decay, and the correctives they need to fix the flaws. Course-correction becomes easier when asmita serves as the motivating force and the guiding light. Separated from vainglory, it asmita is an intellectual effort of high order, a rewarding one at self-recognition.

What goes for nations, applies to their building blocks, communities, as well. From time to time they need to get out of their cocoons and put themselves under ruthless scrutiny. For, only dispassionate self-analysis, not self-serving platitude, can illuminate the dark areas of their existence.

Like nations, they are judged continuously by other communities. Many yardsticks, some concrete, others abstract, come into play. A community is assigned a place in an invisible hierarchy. This hierarchy is purely a mental construct derived from impressions, but there is no denying its pervading presence. Stereotyping of populations derived from exclusive traits, habits and idiosyncrasies is an old practice. Imagine the number of times you have heard about the gullibility of villagers, innocence of tribals, cunning of coastal people, the business sense of the Gujaratis, the ruggedness of Himachalis, the laidbackness of Odias and so on. Flawed generalisation hence largely inaccurate, but that is how communities get branded for the long-term by others. It is a process through which the equation of superiority, equality and inferiority vis-a-vis other communities is established.

The onus of dispelling any erroneous notion about itself falls squarely on the community concerned. Negative stereotyping is injurious to its image and can be humiliating. Future generations may be forced to live with tags they deeply dislike and curse the preceding ones for not doing enough about it.

How does it break free? That brings us back to understanding asmita as an intellectual necessity. Every community must re-visit itself routinely and put severe questions: Have we performed to our potential? Have we achieved enough? Do we do more than just exist? Are we aware how the world perceives us? The questions can go on and on. Sometimes, the frank view of someone viewing the community with the advantage of distance can bring in a fresh perspective. It maybe harsh but it ought to be welcomed. Re-imagining of self must have absolute honesty as a pre-condition.

With this serviceable framework in place, we shall delve into an immersive study of Odia asmita. The fundamental question that precedes all others in our exercise is this: Where do we stand in the world as a community?

Before we proceed, here’s a clarification. Community is a wide-ranging term. It comes in mind-boggling shapes and hues in a diverse country like India. For our purpose, we shall treat Odias as a singular community. It subsumes all other identities and group exclusivity that people may have. It is for the simple reason that an Odia will remain an Odia wherever he is. Habits may change, and lifestyles too, but his primary identity will still remain tagged to the soil and soul of the place of his origin. It is the same way a Bengali will remain a Bengali or a Bihari will remain a Bihari or an Indian will remain an Indian wherever they are. Other micro identities are inconsequential.

So, let’s get going. All are welcome to the deep dive.

There’s A Decline In Odisha’s Intellectual Culture, It Shows In Our Cinema:…

Lack Of Odia Bonding: The Price We Pay For Ignoring History