Odia Women Yet To Break Out Of ‘Rakhta Golapa’ Mould 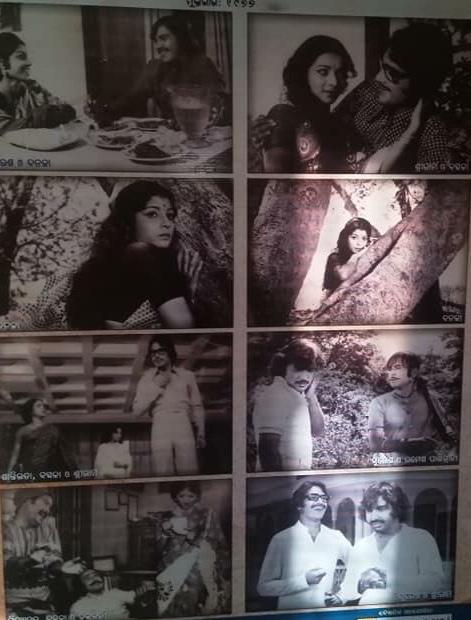 Unwed motherhood is not uncommon in Odisha. The latest census report records that at least 11,000 women in the state have become mothers before the age of 15. But has society’s attitude towards unwed mothers changed?

The answer is possibly a big “No”. Also, there is not much change in Odisha’s patriarchal society. When we watch Rakhta Golapa, a film made 42 years ago, today, we should ask ourselves how far we have progressed in terms of our frame of mind towards Odia women.

Rakhta Golapa pinches us at the right places. The attitude of modern Odia society towards widowhood, unwed motherhood, widow remarriage/extramarital affair and the role of women in society has more or less remained the same. Back in 1977, Odia classic Rakhta Golapa – through a narrative of passion that drives one to insanity and, also, paradoxically, a tale of love that teaches endurance, patience and sacrifice – essayed the status of Odia women.

Bhimeswar Rao weaves love and friendship into the web of Odisha’s societal taboos and views it from a kaleidoscope of Odia traditional norms of the 1970s.

Sneha (Banaja Mohanty) being rejected because of her elder sister’s unwed motherhood and consequent suicide shows the societal taboos in Odia society at that point in time. Unwed motherhood was not only looked down upon, but even people related to the girl in question were unacceptable in society. Marrying off his daughter – whose bridegroom had abandoned her at the wedding altar without marrying her – to an insane man seemed more bearable for Sneha’s father than keeping her at home.

Again, like an unwed mother, a rejected bride was looked down upon – as a commodity to be disposed of in quick time and by any means. No one thought about the dangers of marrying off a girl to a man who had lost his mental balance in his love for another woman.

Though Sarat (Suresh Mishra) marries Sneha, he does not accept her as his wife the moment he realises she is not Meera (Hallam).

However, Sneha does not walk away from a marriage that lacks love, respect and affection. She cares about her husband and continues to serve him as a dutiful wife and prays for his well-being all the time.

The portrayal of such a woman with a sacrificial attitude, without any qualms of being a demanding or dominating wife, is perhaps a reflection of the societal expectation from the then Odia society.

The affair between a married (supposedly widowed) Sneha and Dr Ajay (Sriram Panda) was ahead of its times. Of course, it raised eyebrows. Again, aspersions were cast on who was the father of Sneha’s child, reiterating the importance of a woman’s morality in Odisha. Dr Ajay becoming ready to marry Sneha again shows an unconventional love, much ahead of its times.

Sneha portrays the modern Odia woman of today, considering that she takes the bold step of wooing her husband Sarat after marriage. When a local Adivasi reveals about Suresh’s past to Sneha, she frantically apes Meera, and plays on his mind in a desperate attempt to consummate her marriage and win his love. Though she is initially successful, the repercussions are very violent and Sneha loses all that she had gained.

But she again displays her courage in not being reluctant to be friendly with Ajay, and eventually consenting to marry him.

What is interesting is that when Sarat returns after missing for some time, neither he nor Dr Ajay wish to know of Sneha’s wish in deciding whom she should marry. They automatically assume that it is Sarat who she desires, because she is his lawfully wedded wife.

Rakhta Golapa is a feast for the eyes. Unlike modern-day Odia films, it is beautifully rooted – sticks to the locales of Odisha and depicts the Adivasi culture of the state. It takes you into the pristine, virgin jungles of Koraput – one untouched by deforestation and industrialisation.  One can see scenes shot in exquisite scenic beauty of places like Sunebada, Jeypore, Gupteswar, Nakati Dangar, Upper Kolab and Baghra Waterfalls.