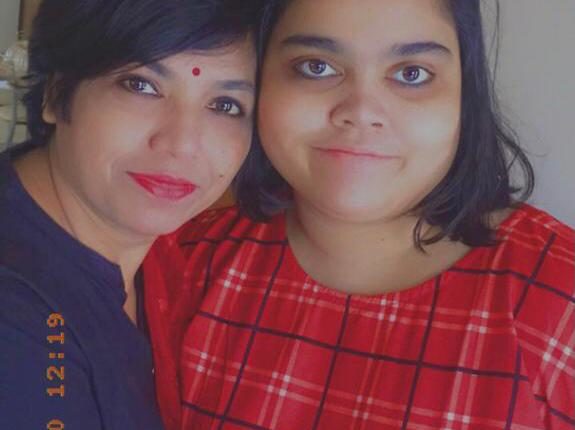 Bhubaneswar:  Joshma Singh was spending a smooth and regular life.  “After our first child, me and my husband were very happy. When Tanya was 15-month-old, I went back to my job. But, our personal journey into this world of autism began after few days of my joining. The first thing we noticed that she seemed very restless. She had a lack of recognition in her eyes. After some days, she became mute,” said Joshma, the mother of 20-year-old Tanya Choudhury, who suffers from autism.

Why Me, Why My Child?

“When Tanya was diagnosed with autism, the word ‘autism’ was new for me.  Even I could not pronounce it. My life was completely changed. I left my job. Some of my relatives started saying that it is the result of my karma from a past life. Some others said it happened because I was a working woman.

Then the question ‘Why me and why it happened with my child’, disturbed me a lot.

Initially we were thinking that Tanya was hearing impaired. I was taking her for speech therapy when she was three years old. But I couldn’t tolerate their torture. They were beating her and pouring wax . I stopped taking her for such therapies.

When I went Delhi, it was an eye-opener for me. I did a three-month course on autism there. Then I did another course in Bengaluru. Then my whole perspective of looking at Tanya and dealing with her was changed. It made my life and her life comfortable.

She is my daughter and I accepted all things. I started reading a lot on autism,so that I can handle my daughter. After a struggle of eight years, the things got normal.

I had not visited cinema halls or any restaurants in those eight years. I used to give her training to do her works. 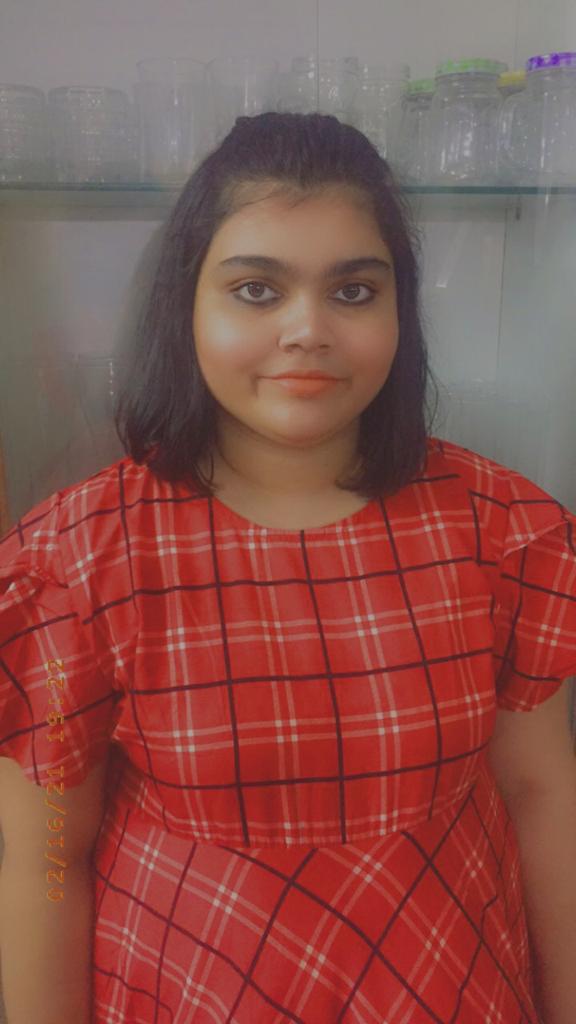 Instead of sending her for any therapies, I started her giving training. I observed that she is not interested in writing. Then I stopped giving training on that. She can read.

I tried to teach her how she can do her daily works. Now she is doing her own works. Even she knows how to operate washing machine and micro woven.

I started talking about it early with Tanya. Some were suggesting me to remove her ovary, but I did not go for that. Rather I started giving training to her how to use pad during periods. Now she can.

Even I have seen a doctor couple. They removed their autistic child’s ovary as she couldn’t deal with the periods.

I believe that my child should live a normal life and do her own works. That’s why I never forced her to study further

She has a sibling. When I had my second baby, it was again a challenge for me. As she started saying like her sister. To make her speaking skill normal, I had to separate them. I sent my second daughter to creche. Then she started speaking like a regular child.

I am happy that my second baby is a girl. She can understand the problem of her sister and can deal with the situation.

Now my younger one Diksha is in Class-IX and she is taking care of her sister beautifully. 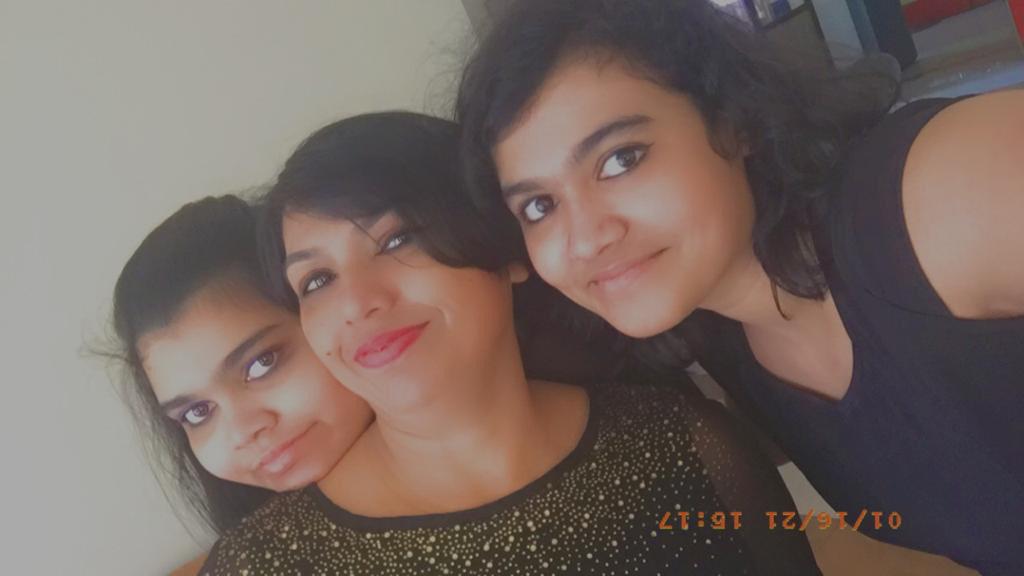 It generally happens that siblings of autistic child have always complains that they are getting less attention than their sister or brother. There were sibling rivalry.

I had to look after in this aspect also. I had to explain my younger daughter about the intensity of the problem.

Once she was in U-Kg and one of her friend teased that your sister makes weird sounds. Then my daughter replied that ‘whatever may she is, I love my sister’. She and her friends love my daughter so much. She also takes care of her.

Their boding was so strong.

What will happen after us? It disturbs me sometimes. Hope she can do her own things by herself. My younger one will look after her, wherever, she will be.

There are many good centers in outside state and some centres will be opened in Odisha soon. They will give vocational training also. The parents can send their autistic children there. I have not yet decided about that.

She is a godly child for us. She carries a smiling face always and she spreads a positive vibe in our house. And we are leading a happy life now. 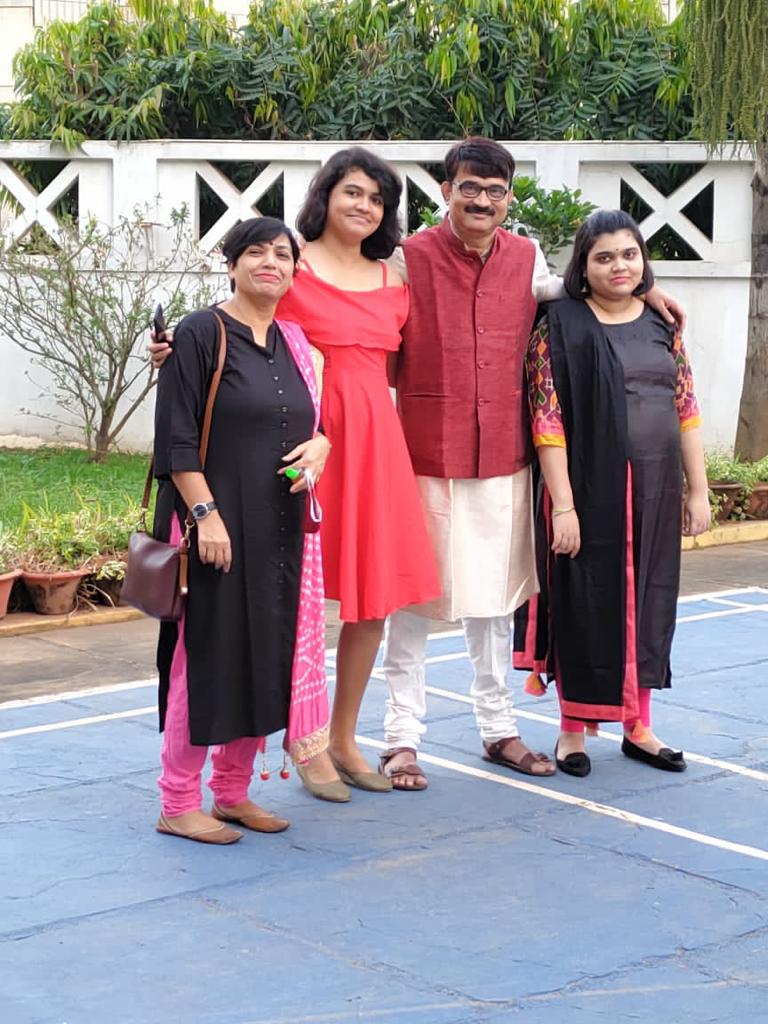 Accept your child, as she/he is. Love them unconditionally. You have to understand that autism will always be there. Have patience. There should be lots of understanding between parents and special children.

Teacher’s Letter To An Autistic Child, A Lesson For All