Pandemic & End of Morality: Why The Dead Owe Us An Explanation 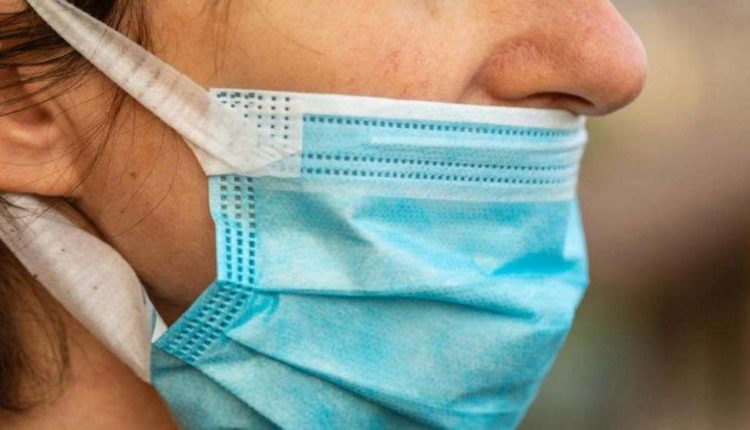 Let’s blame the dead. It’s not the nicest thing to do, but it’s the safest. In a morally numb society, where even the unfortunate fact of people dying is open to venom-laced contestation, no one living can be held to account for any death. Any such suggestion is blasphemy. So it has to be the dead to bear the weight for being dead.

Bear the weight they must. Because they have tarnished the well-burnished global image of the country by dying in obscene numbers. Because they die in such hurry that they cause traffic jam in and around crematoriums, and perhaps in the netherworld too. Because they don’t even wait for a decent farewell from family and close ones. Before death they clogged the healthcare system knowing well that it was fragile, incapable of taking any additional load. Because they left their families begging and praying for help while falling ill without forewarning. India never looked this bad before. It’s embarrassing that they would choke the victory trumpet just before it went full blast. They owe us an explanation.

There’s sickness all-around. The sickness caused by the virus may find an answer, but the moral sickness around may not. Check that gutter called social media, the conduit for everything evil and uncivil, not many are really shocked about deaths taking place and that a tragedy of such magnitude is in motion. There are political games to be played, enemies found and neutralised. It’s life as usual. In a society that has stopped asking itself questions relevant to life and living, it’s perhaps appropriate that the dead must speak for themselves.

In the new milieu of point-scoring and frivolousness, conscience is lost somewhere. It is conscience that embues us with traits of empathy and sympathy, and makes us essentially human. It is also the abstract faculty that makes us ask questions that matter. “Why indeed so many are dying? Could we have prevented the ongoing dance of death? Was an election necessary during the pandemic? Could we have put lives at lesser risk by stopping the Kumbh Mela? Why are we caught wanting in every crisis, from natural to health calamity? And then questions on the path ahead: “Are we spending enough on health? Should we slash expenditure on non-immediate issues? Can we stop the crisis from repeating? What should be our focus as a country?
Of course, none of these questions are visible. The slide of Indians from conscientious to cantankerous has been dramatic.

Life was always cheap in India, but we at least ensured that the dead go with due dignity. Remorse stung us if we failed in that; and the society never took a benign view of the slight to the dead. The initial ferocity of the pandemic caught us unprepared. Deaths are not supposed to arrive in an avalanche. Our graveyards and cremation spots had too much to handle. But after the first wave, the efforts should have been not to have so many dead people in the first place. Had we prepared to treat the living with dignity – get the infrastructure right, treat them well, let them go back to families – the question of indignity to the dead would not have arisen. We decided to switch to the chest-thumping mode instead. The sound of chest- thumping, if you have noticed closely, has turned into New India’s signature tune.

Selective outrage is a clear sign of moral erosion of a society. It marks the end of principled positioning. Recall the outrage last year when desperate people trapped in a lockdown decided to flee cities in lakhs. It was civilisational nightmare unfolding on the streets and all exit points. The migrants weighed their chance of dying without food and shelter away from home against dying due to the virus and decided the virus was a lesser immediate threat. If they lived, they could fight the virus. The decision turned them into national villains overnight. Social media hounds pounced on them and shred them to pieces for transporting the virus across the country. Their presence on the streets made for really ugly pictures. They blotched India’s gilded image, just the way the dead are doing now.

Cut to months later, to political rallies. The maskless crowds jostling cheek-by-jowl for a view of their leaders or at party rallies across the country posed a bigger health threat to the country than the migrants, but outrage was conspicuous by its absence this time. Barring some concerned souls in the medical fraternity the voice of protest against public political activity was muted. Something beats comprehension here. Many of those in rallies could have been the same migrants who made the arduous trudge home earlier. They were not spreading the disease now. Participation in politics is perhaps some kind of a purification ritual for us Indians. It cleanses all impurities, including the virus.

Or the reason could be cruder. It’s easy to savage the hungry and the homeless. They won’t fight back; they are already too tired fighting fate. Not so the case of political people. They can bite back. Morality needs courage. We lack the courage to accept, even acknowledge, our powerlessness against the powerful. Our sense of right or wrong is just too convoluted to merit any respect.

The social media have discovered a new whipping boy. Unlike identifiable migrants, it is a faceless, shapeless one: People. The refrain: What can governments do when people behave irresponsibly? Who asked them to attend political rallies? Who asked them to gather at Kumbh Mela? It’s indeed clever to turn ordinary masses into culprits. They won’t have anybody else but themselves to blame if they die.

The second wave of the pandemic is on, and a third is likely in the next couple of months, say health experts. But politics and public events would go on. As would the death count. The living need not bother. They have their base covered. Nobody is going to hold them responsible for anything. The dead need to brace themselves for some tough questioning.