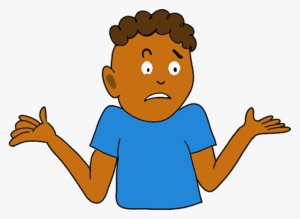 When I was selected for the Indian Forest Service (IFS) in 1982, PC Ratho, a good friend and colleague of my father in the Indian Police Service (IPS), while congratulating me, jokingly said, “Now that you have got into an All-India Service (AIS), the only date that you need to remember is your date of retirement and till that time all your career developments will happen automatically. You have been selected by Union Public Service Commission (UPSC); now the system and people will have to suffer you, till you retire. As an AIS officer, you can do no wrong. If at all you commit any mistake you can blame it on someone else and if you cannot, you can always play the victim card.”

My father’s batchmate in the Indian Administrative Service (IAS), K Srinivasan gave me an amusing tip, “For official purposes, an AIS officer is as good as he is painted in his Annual Confidential Reports (ACR). Just ensure that you get yourself rated as an outstanding officer. And that is not a big deal. An officer is generally assessed by the number of mistakes he makes, the lesser mistakes you make the better officer you are. Many of our great officers have prospered by doing nothing.”

However, on a serious note, my father told me, “The governance system provides a lot of protection, particularly to AIS and senior officers so that they can function without being influenced by pressure from various vested-interest groups. As an AIS officer one is expected to apply one’s mind and not do things mechanically; to accomplish the spirit of legislations, rules, regulations and guidelines. But unfortunately, some unscrupulous officers take advantage of the protection provided to them and indulge in corrupt practices finding alibis to justify those. And some timid officers prefer to go by the “letters” ignoring the “spirit” to protect their skin. Many people feel, in government jobs, the ‘reward and punishment’ mechanism is quite loose. On one hand, there is hardly any incentive for ‘out-of-the-box’ ideas and hard work, while on the other, there is no disincentive for sidestepping the assigned responsibilities by giving some excuse or other. Therefore, the system gets saddled with non-performers, but instead of removing the deadwood, it provides ‘parking slots’ for them. However, I can tell you from my experience that the government system provides such a broad canvas to be innovative that you can get real satisfaction from within. That is the reward, you don’t need any certificate from anyone.” Soon after joining the Service, I realised how correct he was: It is always better to focus on the work at hand rather than discuss others’ inefficiency and integrity.

On returning from central deputation from Dehradun in 1998, I was posted as General Manager (Plantation) in the Odisha Forest Development Corporation (OFDC), a post which was being wounded up and I hardly had any substantial work to do. Therefore, the Managing Director, of OFDC made me an enquiring officer to conduct departmental inquiries into disciplinary proceedings against about 20 divisional managers. Though not a very pleasant job, it gave me an insight into others’ inefficiency and integrity. During interrogation, invariably, the delinquent officer (DO) played the victim card and pleaded that he had been framed. Except in one case, the supporting documents and circumstantial evidence were in favour of the DO to justify their omissions and commissions. However, in one case, I could establish that the DO was guilty of embezzlement. After I submitted my inquiry reports in a year’s time, my boss called me and gave me a dressing down, “all your recommendations are extreme, either ‘exoneration of all charges’ or ‘termination from service’. You should have recommended some minor punishments to the 19 you have found ‘not guilty’ and termination from service is too harsh a punishment; think of his wife and children.” However, I stood my ground, “Sir, how can I recommend punishment where nothing incriminating was found? And, I feel someone guilty of large-scale misappropriation and professional dishonesty, deserves no sympathy.”

Six years later I was made the EO  and asked to investigate serious charges of nepotism and corruption against a senior officer who was about to be inducted into the IFS. I could conclusively establish that as Divisional Forest Officer (DFO) while conducting a recruitment test for the appointment of Forest Guards and Foresters, he had resorted to unfair means to get two of his relatives recruited and had collected bribes from other candidates. He also played the victim card that he was being implicated as he belonged to a particular caste. However, after a dispassionate inquiry, I recommended his termination.

Earlier, while I was serving as a faculty member in the Indira Gandhi National Forest Academy (IGNFA), I was instrumental in getting a young IFS probationer removed from Service. He was politically well-connected. Without getting into the bizarre details, I can only say that the charges against him were grave enough for awarding extreme punishment. In all the above three cases the delinquent officers managed to wriggle out, which I, then believed were foolproof nets. But, I was personally quite indifferent to the end results, as I did not have anything personal against any of them and I believed I had done my job conscientiously.

There are officers who shirk responsibilities, steer clear of controversies and prefer a noneventful career, there are some who misuse their position and indulge in corrupt practices and there are some who are sincere in their jobs without any expectations. But, I know quite a few cases where officers have suffered due to no fault of theirs. I personally know a couple of officers, who were made sacrificial goats to cover up larger conspiracies and inefficiencies in the system. I know of instances of whistle-blowers and overzealous officers being taken to task for all the wrong reasons. There are a few victims of circumstances who could never play the victim card.