Rice Fortification: Is A Scam Brewing? 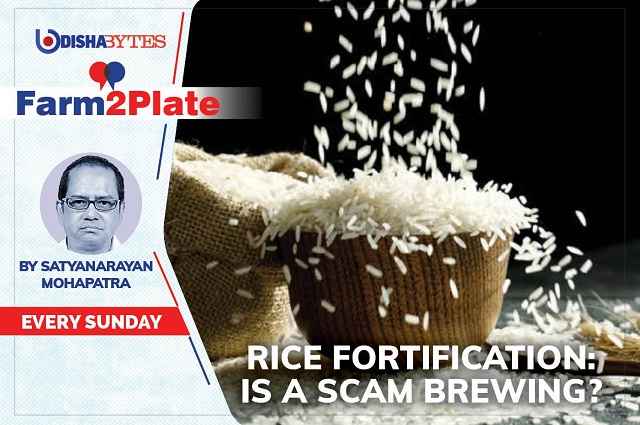 Bhubaneswar: The Food Safety and Standards Authority of India (FSSAI) defines fortification as “deliberately increasing the content of essential micronutrients in a food so as to improve the nutritional quality of food and to provide public health benefit with minimal risk to health”.

In last year’s Independence Day speech, Prime Minister Narendra Modi had announced the fortification of rice which will be distributed under various government schemes, including the Public Distribution System (PDS) and midday meals in schools, by 2024.

For the record: Rice is the fifth food item that the government is promoting with fortification — salt, edible oil, milk and wheat being the others.

In the first phase, fortified rice will be distributed under ICDS and PM POSHAN programmes. The second phase will cover Targeted Public Distribution Systems (TPDS) and other welfare schemes in all Aspirational and High-Burden Stunting districts by March 2023. In the final phase, all the remaining districts will be covered by March 2024. The Department of Food and Public Distribution is the nodal centre and is coordinating with all relevant stakeholders — state governments / UTs, Ministries/Departments, Development Partners, Industries, Research Institutes etc. Entire cost of rice fortification project is estimated at around Rs 2,700 crore per annum. This will be borne by the Centre as part of food subsidy till its full implementation — June, 2024.

What is the technology involved to make the rice fortified: fortification can be done through dusting, coating and extrusion method. Dusting and coating have their own challenges — basically on storage and shelf life. For the Indian environment ‘extrusion’ technology works out best, and is workable. How does it work? Dry rice flour is mixed with a premix of micronutrients, and water is added to this mixture. The mixture is passed through a twin-screw extruder with heating zones, which produces kernels similar in shape and size to rice. These kernels are dried, cooled and packaged for use. The fortified rice kernels (FRK) are then blended with regular rice to produce fortified rice. FRK has a shelf life of at least 12 months.

According to the guidelines issued by the Ministry of Consumer Affairs, Food and Public Distribution, the shape and size of the fortified rice kernel should “resemble the normal milled rice as closely as possible”. According to the guidelines, the length and breadth of the grain should be 5 mm and 2.2 mm respectively. Most importantly the fortified rice will be packed in jute bags with the logo (‘+F’) and the line “Fortified with Iron, Folic Acid, and Vitamin B12”.

Why fortification of rice: India has very high levels of malnutrition among women and children. According to the Food Ministry, every second woman in the country is anaemic and every third child is stunted. Fortification of food is considered to be one of the most suitable methods to combat malnutrition. As rice is one of India’s staple foods, consumed by about two-thirds of the population and the per capita rice consumption in India is 6.8 kg per month. Thus, fortifying rice with micronutrients is an option to supplement the diet.

India’s capacity for fortification: Nearly 2,700 rice mills had installed blending units for production of fortified rice, and India’s blending capacity stood at 13.67 lakh tonnes in 14 key states, according to figures provided by the Ministry. FRK production has increased rapidly from 7,250 tonnes to 60,000 tonnes within 2 years.

The cost of upgrading an existing rice mill varies in accordance with the volume of fortified rice to be produced. An investment of Rs 15-20 lakh would be required to upgrade a rice mill of operating capacity 4-5 tonnes/hour, and the cost of producing FRK with iron, folic acid, and vitamin B-12 would be around Rs 0.60 per kg.

For the road: Fortifying rice is a complex and expensive procedure — preparation of fortified rice starts with collecting broken rice grains, which otherwise have no market value. These are used to make rice flour in which a pre-mix of nutrients is added. Dough made of this mixture is processed through a machine which cuts rice-shaped kernels. These kernels are then mixed with rice. Fortified rice requires special packaging and not jute to retain the potency. Manufacturing fortified milk, oil or salt is easier since it just requires adding pre-mix to the food item.

Union Ministry of Consumer Affairs, Food and Public Distribution had sent notices to all the states and Union Territories in the country, asking them to designate one district each for the pilot scheme, but only Andhra Pradesh (West Godavari), Assam (Bongaigaon), Gujarat (Narmada), Kerala (Ernakulam), Karnataka (Raichur), Maharashtra (Gadchiroli), Tamil Nadu (Tiruchirappalli), Odisha (Malkangiri) and Uttar Pradesh (Chandauli) have agreed so far. Most states have not responded fearing an increase in the cost which they have to bear. The Rs 0.60/kg seems very less but the final amount required for purchasing millions of tonnes of the grain will be in hundreds of crores of rupees.

Worse, the Union government has not taken into account the goods and services tax (GST) while calculating the costs. With 18 per cent GST, the cost of premix rises to Rs 0.71 per kg.

Fortification is a lucrative business and a government backing translates into an assured market worth crores of rupees. Globally, just five multinationals — Germany’s BASF, Switzerland’s Lonza, France’s Adisseo and the Netherlands’ Royal DSM and ADM — manufacture micronutrients and all Indian entities that sell micronutrients import from them and these multinationals govern the world market through a cartel.

FSSAI has authorised 15 companies to supply micronutrients to the government. But these companies have created their own sub-cartels across the country. On the one hand, the government is enforcing fortification, and on the other it has not put in place a mechanism to check its prices. In the past three years, the price of pre-mixes has risen by 40 per cent. Industry experts feel that it should be governed under the Essential Commodities Act, 1955.

As a Nutrition Consultant my observations are — fortification has an opposite effect: natural foods contain protective substances such as phytochemicals and polyunsaturated fat which are adversely affected by the process of blending micronutrients. And iron-fortified rice has shown adverse health impact among Adivasi populations in Jharkhand who were suffering from sickle-cell anaemia and thalassemia. 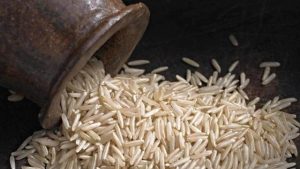 Rain To Lash Bhubaneswar, Cuttack In 3 Hours; Intense Spells To Continue For 2 Days