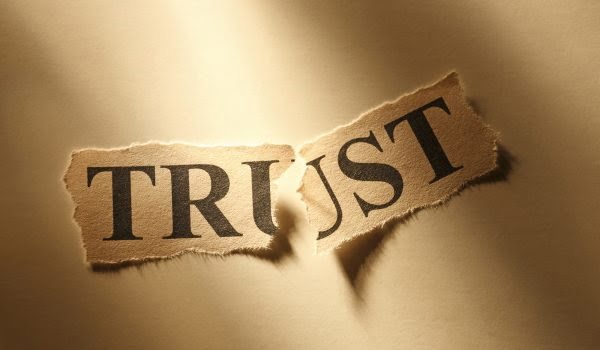 Two incidents and vitriolic exchange of words between two interest groups kept the media space filled towards the second fortnight of April. The one at the national level was the high fuel price and, closer home, it was the Puri Heritage Corridor Project.

The fuel price kerfuffle was centered around whether the Centre or the states should rein it in by reducing the percentage of taxes that they are collecting per litre of fuel. The rigmarole of Puri was around the huge opacity around what is being planned at the heritage site — people demanded facts be presented. The presenters were paraded but none were believed. The HC intervened in the Puri incident and all the parties, including the ASI, were asked to submit their statements under affidavit for the HC to take the final call.

The credibility of the court is also not above public suspicion.

Statements in dozens — each contradicting the other; political blame games, efforts to create a controversy and take political advantage flew around the common man, leaving him more confused. It was quite like when two local stray bulls locked horns and pushed each other. Bystanders get startled, some shout in amusement, traffic comes to a halt, dogs bark in unison, a few cyclists topple injuring themselves, people run to safety, smart bikers sneak past and, to everyone’s surprise, they suddenly choose to stop. Life settles to normalcy in just a few minutes. And those two jostling bulls stand masticating their cuds as if nothing had happened between them.

No one gets to know what it was about and why the fight started in the first place.

The common man is destined to see such exchanges either coming from the politicians or the bulls whenever and as long as both parties choose to fight. When they stop, the common man would still be groping in the dark to know what exactly the fact was.

The absence of a sane credible voice was never felt so much by our society.

Let’s go back to the recent few decades. That need was served by editors of important newspapers, columnists whose independent voices were much sought after and academicians whose personal conduct and academic track record added credence to what they said in public space.

We have seen how the late Harekrushna Mahatab in the 80s wrote one editorial in The Prajatantra urging people to stop the practice of animal sacrifice in temples and that resulted in a mass movement and a hundred temples joined voluntarily. Such was his understanding of the pulse of people and his influence over the society of that time. We have seen how RK Laxman’s daily cartoon lampooned the people in power and depicted the situation of the common man of Mumbai which struck a chord across the country. People like Arun Shourie and Ramnath Goenka not only were the voices people listened to but believed to a large extent. Such was the weight of their opinion and influence over people that the politics of that time was influenced and configured around those voices.

They were high on credibility.

Similarly, we have had academicians adorning various discussion panels in the TV shows of the 90s whose voices and opinions were not just insightful but impeccably presented and were surgical in many ways. They had their decades-long research, field trips, meetings and observations as their strengths to bolster their arguments. Their deep understanding of their subject, their neutrality and aloofness to the political dispensation gave them the power to call a spade a spade.

That brings us to my core concern, in the age of information explosion, why it’s still difficult for the common man to access facts (truths)? Why the messenger of truth is weak to stand up and speak? In other words, who now is the credible voice in our midst who is well-informed, politically neutral, selfless and has the guts to tell the fact?

The problem is the source of truth or the dearth of carriers of truth?

Institutions like newspapers and universities had nurtured free thinkers and built their talent by providing them security. If there were fearless journalists, there were strong managements of the news outlets who stood strongly up to the political powers. If an academician could work on his subject freely and deeply, there was a strong leader of that organisation who saw merit in such people and gave them the resources, space and liberty to voice the facts.

Where are we now?

How practical it is to expect news outlets to be free from political influences when most of them are owned by various political parties by proxy. If a few traditional newspapers who haven’t sold their ownership yet are doing their best to be in the good books by crawling when they are expected to bend to the wishes of the government to curry financial or political favours. If we believe in the adage ‘Nothing succeeds like success’, then we surely have many winners and many waiting to join the game. The academic space has long ceased to be a place of intellectual pursuits. It has chosen to play second fiddle to the coaching centres which dot the landscape for various competitive examinations. It’s now a playground of personal interest and political one-upmanship. Lustreless, faceless and anonymous leaders are not given responsibilities to build institutions on principles and values but are deputed to stand guard and carry out official instructions.

We are seeing an unprecedented situation in our democracy where the earlier credible voices have either fallen off their pedestal or have been effectively silenced. Now manufactured truths are presented to the homes of the hapless public through various social media channels like Twitter and WhatsApp by faceless authors who are not accountable to defend their stories. Though this strategy of silencing the sane voices of the society seems to be working in favour of achieving immediate political goals, its long-term impact on our society is far deeper and much more damaging than it meets the eyes.

This loss will take a few generations to regain.

Society and its institutions which don’t recognise talent and nurture it; silence the free-thinking and truthful voices will be desperately searching for a capable leader and a credible voice when it would one day be standing on the edge of the cliff facing dystopia and crying to be rescued.