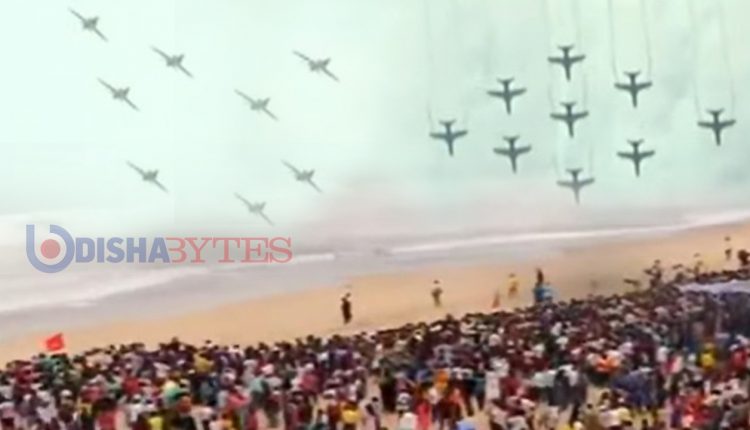 Puri: After apprehensions over the show due to inclement weather in the morning, the Suryakiran aerobatic team of the Indian Air Force (IAF), which enthralled spectators in Odisha’s capital on Friday, begun its dazzling display over Puri on Sunday.

The aerobatic team showcased a series of loops, barrel rolls and other breathtaking aerial manoeuvres with nine red and white Hawk Mk-132 aircraft over the Blue Flag Sea Beach around 500-1,000 ft above the ground as the weather improved. The team of Hawks, led by Gp Capt G S Dhillon, were flying at a speed of 1600/hr.

A huge crowd was seen on the sea beach to witness the air show on Sunday as well as during the full dress rehearsal on Saturday.

Governor Ganeshi Lal is attending the airshow at the Blue Flag for the second time after Bhubaneswar.

The Suryakiran aerobatic team exhibited their skills at Kuakhai river bank at Balijatra ground in capital city on Friday.

The event was held to commemorate 75 years of Independence with an aim to motivate young students to take up a career in the armed forces. 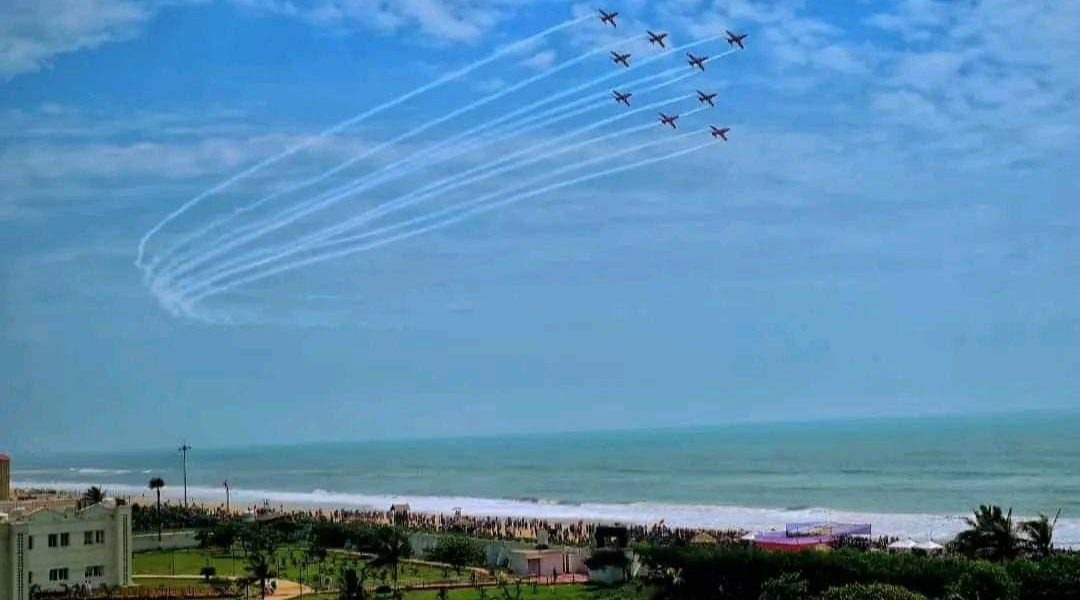 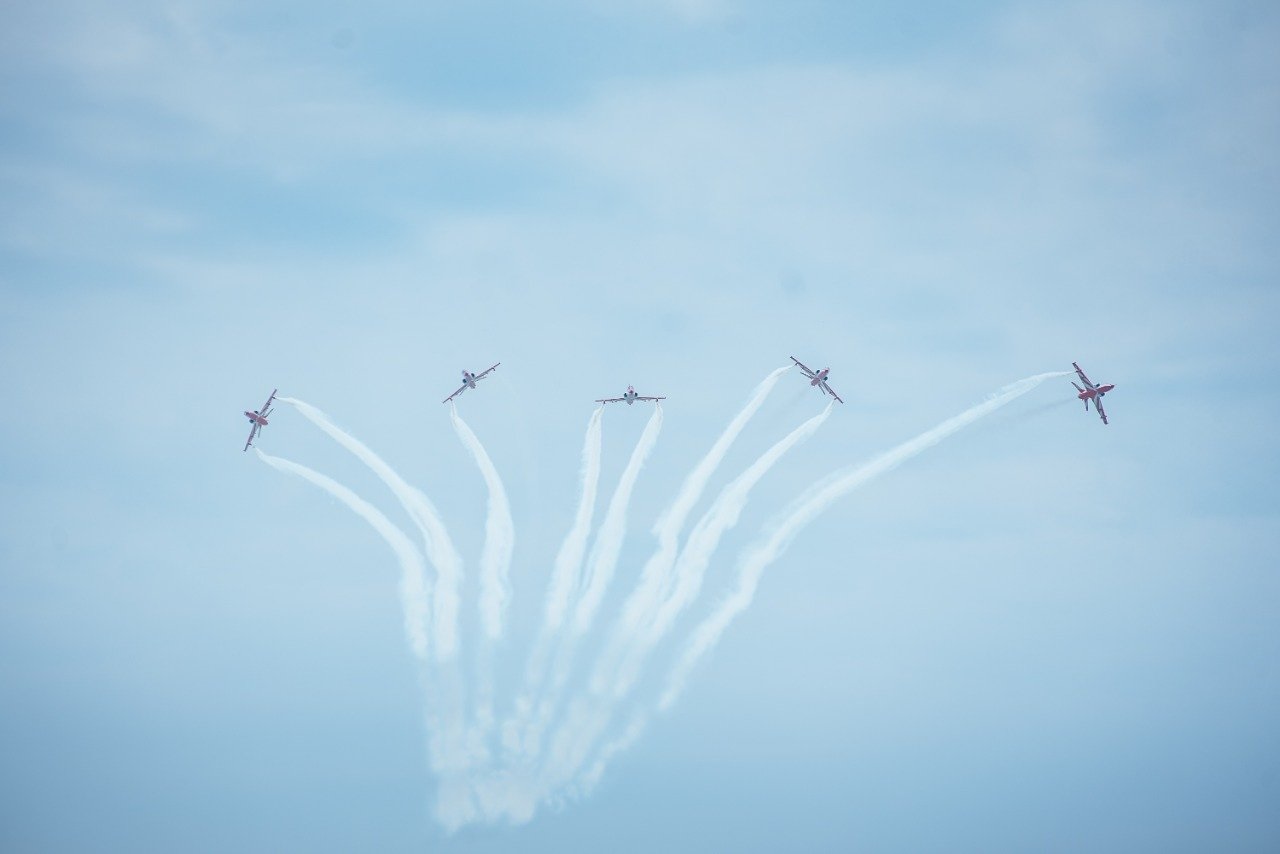 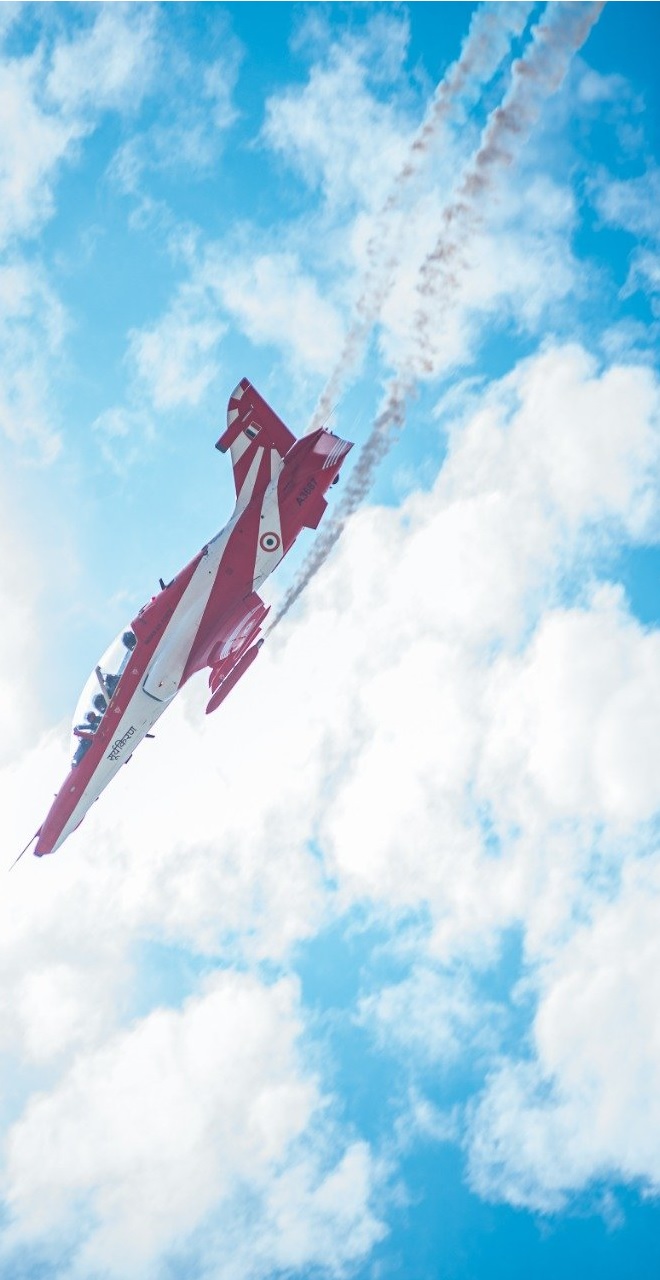 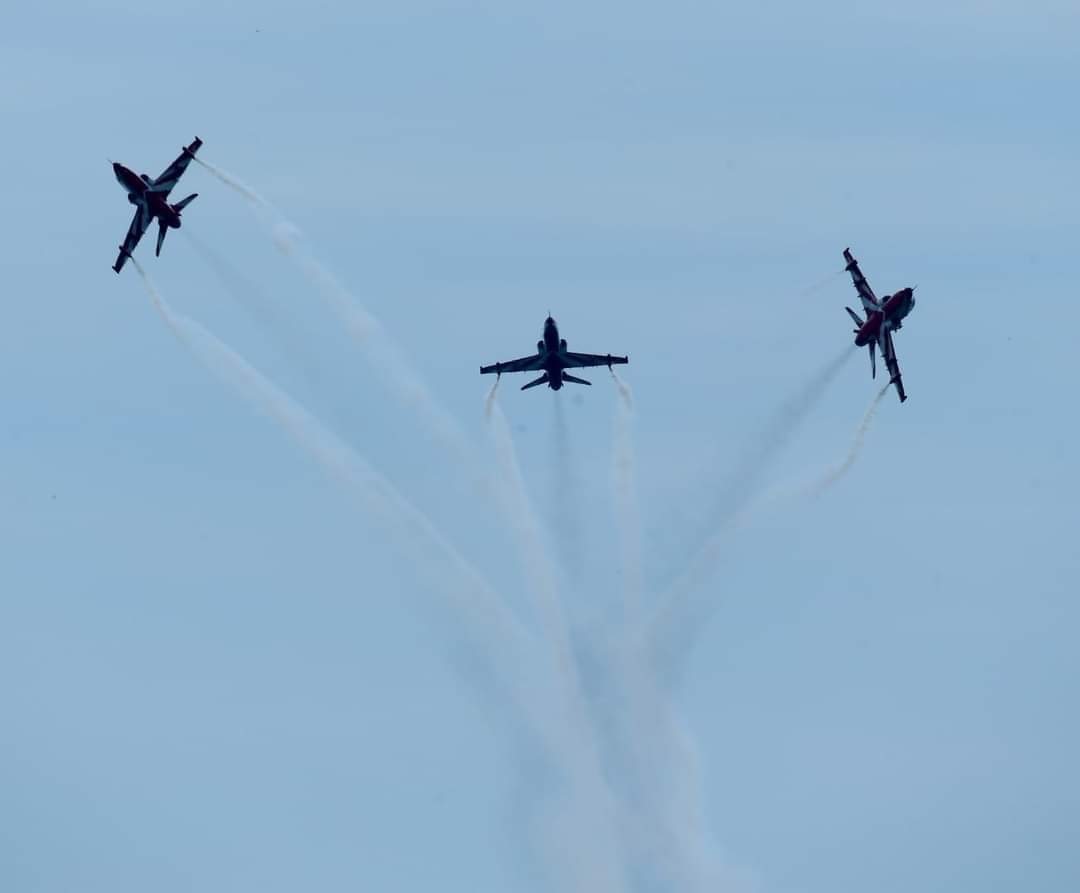 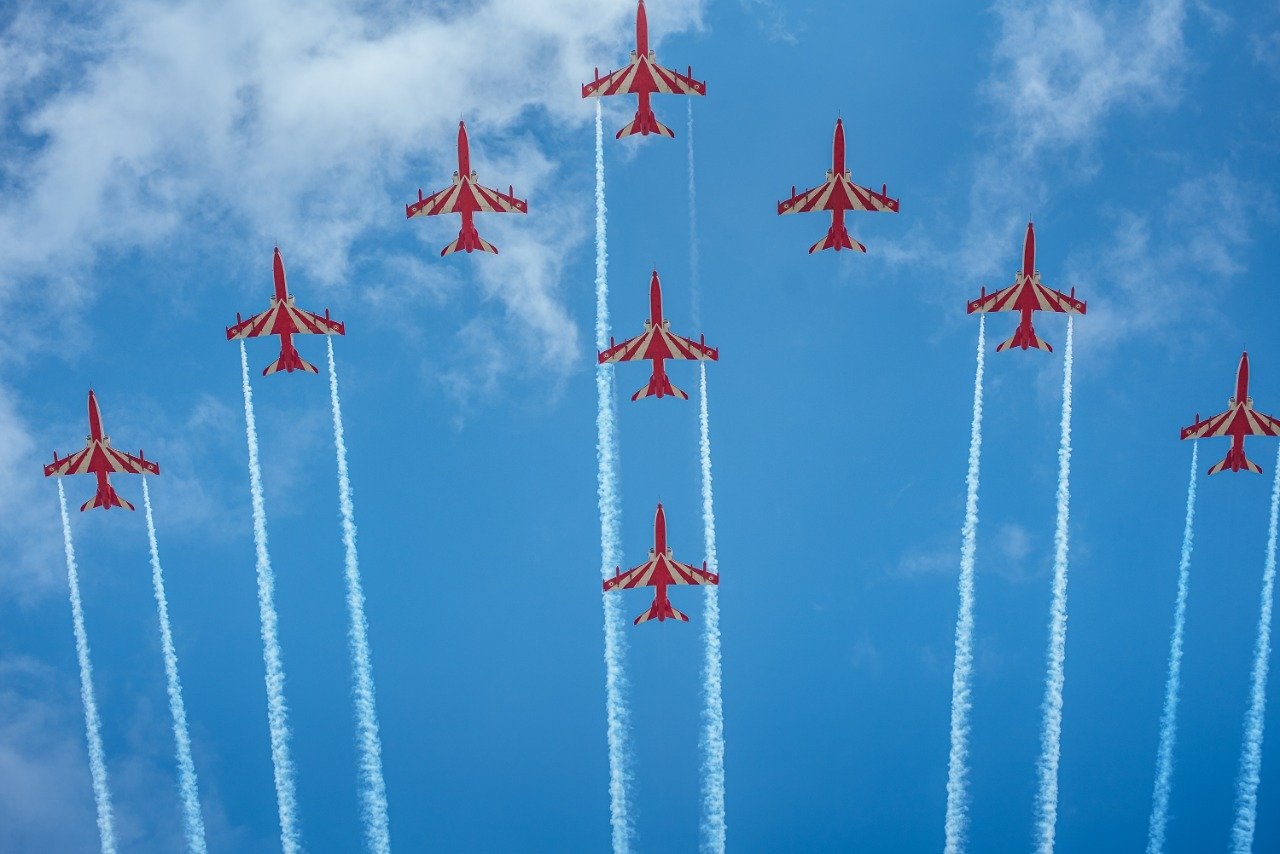 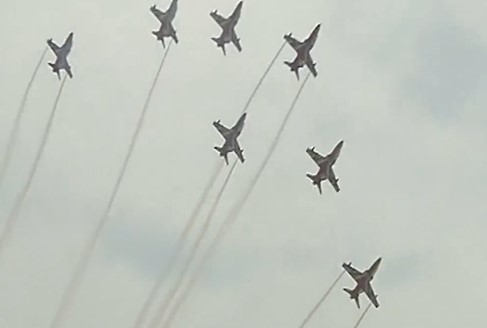 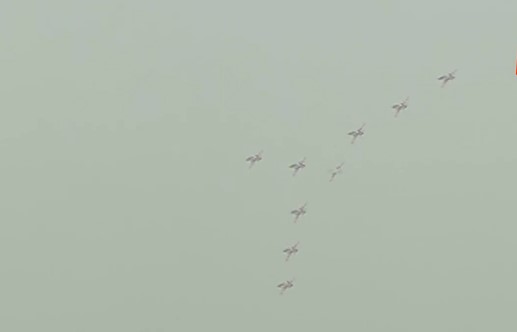 Carved Canopy Of Charchika Shrine in Odisha Restored By INTACH