[Watch] This Form Of Eye Makeup Has Become A Trend 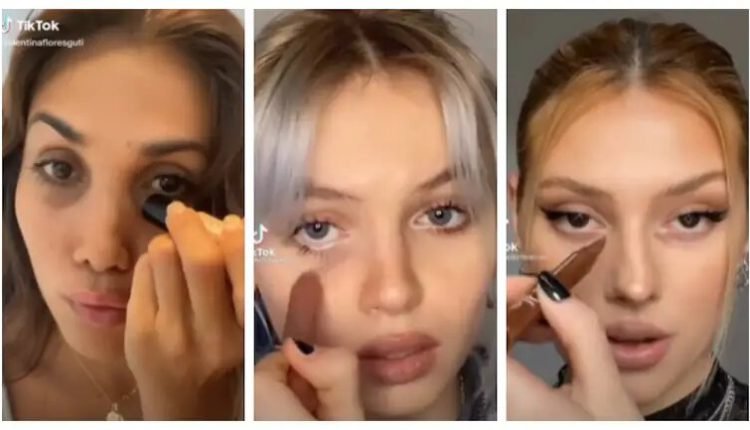 New Delhi: Do you have dark circles under your eyes? Don’t worry and don’t try to conceal them because it’s a trend – at least on TikTok or maybe there’s a community just trying to make you less conscious.

So what is this trend?

The bizarre trend requires the participant to draw smudged lines under their eyes so that they resemble dark circles. So, what was considered ugly is now being embraced. You don’t have to have dark circles due to lack of sleep, overwork or any other reason, you can now create dark circles and flaunt them as a fashion statement!

The trend was started by TikTok user Sara Carsten whose clip of painting dark circles under her eyes went swiftly viral. According to a report by Today, Sara explained that she was inspired to do that makeup look as she struggled with her own dark circles for a long time and decided to accept her natural self.

Slowly, the trend was caught up by TikToker and expanded to a huge scale where people voluntarily smudged makeup under their eyes to make it look more tired and puffy.

Started months ago, the trend is still doing the rounds on social media platforms. People are putting on generous amounts of lipstick and eye-shadow to achieve the perfect dark circle look. What is more, this particular style of makeup was spotted at this year’s MET gala. Budding model Ella Emhoff actually wore fake dark circle makeup.