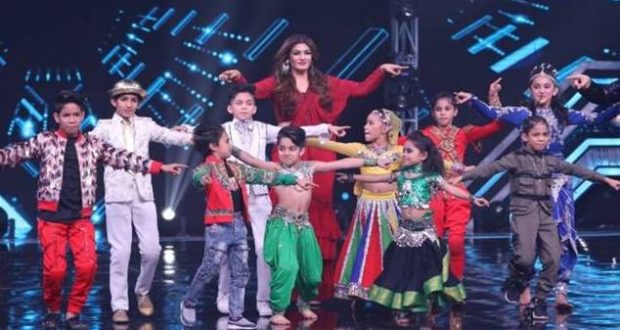 The recent order of the Information and Broadcasting Ministry to private channels regarding proper depiction of children in reality shows is a move in the right direction to prevent blatant violation of children’s rights.

The fact that some reality shows were overstepping the boundaries of decency has been known for a long time.

The Ministry of Information and Broadcasting has advised all private satellite TV channels to avoid showing children in an indecent, suggestive and inappropriate manner in dance reality shows or other such programmes.

Reality television is very popular because it usually stars common people and does not adhere to a strictly scripted format. We do not see professional actors but ordinary people who get a chance to display their talent or skill and become overnight celebrities for a short period of time.

Reality shows have been popular and get widespread response from the audience.

The problem arises when reality shows that have children forget where to draw a line. In fact, the overall issue of children in the world of entertainment requires a wider debate.

Sometime back, critics had also demanded banning of reality shows involving children, which may also have some merit in it.

These programmes have a massive fan following and get very high ratings since they are enjoyed both by children and adults concomitantly bringing in huge profits for the production houses.

With the cash registers ringing no one wants to hear any criticism about the plight of the children or the impact on their psyche.

For example, a well-known TV channel professes that it will encourage talent and children’s interest in dance with emphasis on discipline and skill in its show.

But when one sees little girls gyrating to suggestive songs, one realises that something has gone horribly wrong.

Quite surprisingly, the celebrity judges of these programmes seem to endorse the trend and even ask the children weird questions. In one of the shows, a judge asked a five-year old girl, “Aap ki shaadi ho gayi” (are you married?) to which she replied, “Itni choti umar mein shaadi nahih hoti” (one does not get married at such a young age). So, the judge asks her if she will marry him and everyone has a good laugh.

There are many examples, in which the children don’t seem to understand adult behaviour and seem distraught, which again, ironically, translates into higher TRPs.

The channels have been advised by the Information and Broadcasting Ministry to exercise maximum restraint, sensitivity and caution during such reality shows and programmes.

Psychologists have been pointing out for long that reality shows create an unhealthy competition among children and build a deep-seated desire to win or get approval from the society.

There is also the fear of children identifying with the character they are portraying, which naturally happens at that age and is not healthy.

This point must be stressed because in one show, after a girl had finished dancing to the ‘Chikni Chameli’ number, the anchor referred to her as “Chikni Chameli only.”

Psychologists have said that exposure to such vulgarity on reality TV shows at a young age has an adverse impact on the mental health of the children as they grow up.

There is also the issue of the detrimental effect on the psychology of the children who fail to perform well in such shows. Many parents are completely taken by the glamour and publicity and pressurize the child much beyond his capacity and capability to compete in these shows causing severe emotional distress.

The I&B Ministry has said that it has  noticed that several dance based reality TV shows portray young children performing dance moves originally done by adults in movies and other popular modes of entertainment. These moves are often suggestive and age-inappropriate. Such acts may also have distressing impact on children, impacting them at a young and impressionable age.

All private satellite TV channels are expected to abide by the provisions contained in the Programme & Advertising Codes prescribed under the Cable Television Networks (Regulation) Act, 1995 and rules framed.

As per the rules, no programme, which denigrates children, should be carried on TV and further that programmes meant for children should not contain any bad language or explicit scenes of violence.

The provisions of the Act empower the government not only to ban the programme but the channel also if needed. There is a provision to fine and also imprison those responsible for violation of the code.

Children are the asset of the nation and their projection on TV reality shows in a derogatory and objectionable manner should be strongly protested by people. The future of our children is of paramount interest than the interest of any industrial lobby.

(Disclaimer: The views expressed by the author are his own and do not necessarily represent that of the web portal’s)

The Perfect Omelette: Sounds So Simple, But Difficult To Master