Air India has launched an investigation into the incident 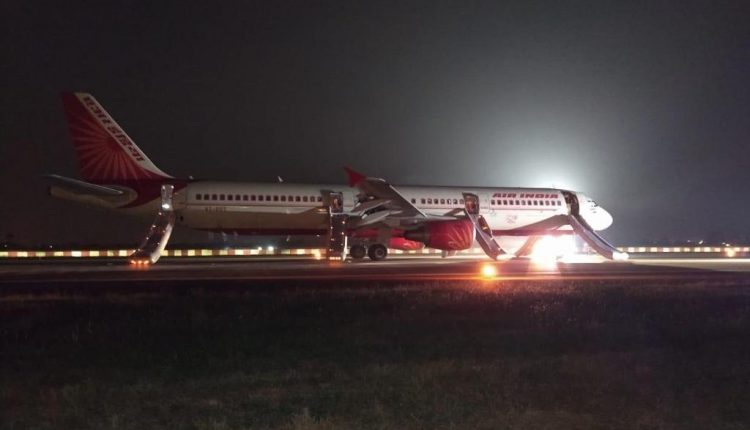 Bhubaneswar:  Passengers of an Air India Bhubaneswar-Mumbai flight had a mid-air scare on Friday after fire was detected in one of the engines about 40 minutes into the flight, forcing the aircraft to make an emergency landing at Raipur Airport.

The flight, AI 670 with 182 passengers on board took off from Biju Patnaik International Airport at about 5.10 pm, half an hour behind schedule. It was supposed to land in Mumbai at 7 pm.  However, at around 5.57 pm, it landed at Swami Vivekananda Airport in Raipur in full emergency conditions after fire was detected in the left engine. Airline spokesperson, Dhananjay Kumar said the cabin crew raised an alarm after it reported fire on the engine. The flight captain immediately discharged the fire extinguisher bottle.

Terming it as a “tail fire”, he said this happens when the engine blades are damaged or when there is incomplete combustion.  He further said that initially, following the alarm, the captain had to shut down the engine. The fire was noticed only after the engine was re-started.  “However, what triggered the alarm is a matter of investigation. The airline will probe the incident,” he said.

Videos uploaded on social media showed passengers praying for their lives and breaking into cheers as the flight touched down at Raipur Airport.

Chutes were deployed on either side of the flight as soon as it came to a halt. The aircraft has been taken to the bay and the passengers are being attended to at the terminal, the airlines said.

An Air India official at the Raipur Airport said a special flight is being arranged for the passengers. It is expected to take off at around 1 am on Saturday for Mumbai.

Director of Biju Patnaik International Airport Suresh Hota had earlier informed the flight made an emergency landing as one of its engines had shut down mid-air.  A statement from the air traffic control in Kolkata had denied reports of fire in the aircraft.

However, this is not the first time when an incident of this nature has been reported in the aviation space. Mid-air engine scare has been happening with alarming regularity since the last couple of years in the Indian sky and most of the incidents have taken place with IndiGo flights.

As recently as November 1 this year, an Indigo flight from Kolkata to Pune was stalled mid-air, forcing the pilot to return back to Kolkata. The shutdown issues have largely been blamed on the Pratt and Whitney (PW) engines that power IndiGo flights. The DGCA had recently ordered the airline to replace all such engines.

Air India does not, however, operate with PW engines.