Cyclone Nisarga: The Naming Process And How It Compares With Amphan 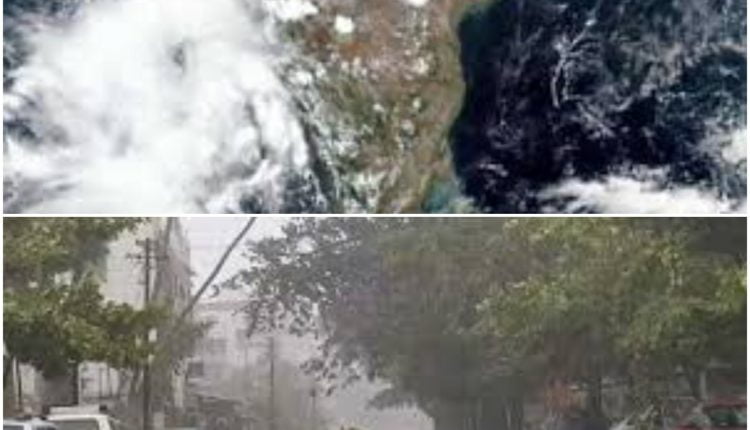 Bhubaneswar: Cyclone Nisarga, which made landfall about 100 km from Mumbai at Alibaug on Wednesday afternoon, is a category 2 storm according to India Meteorological Department (IMD). It’s not as severe and intense as Amphan, which hit West Bengal and Odisha exactly a fortnight ago.

How are cyclones named?

There are several classifications for a storm system, based on geographical location, such as cyclone, hurricane and typhoon. When such a weather condition develops in Atlantic Ocean and northeastern Pacific Ocean, it’s called a hurricane. In case of a severe storm developing in north-western Pacific Ocean, it’s a typhoon; while in the south Pacific or Indian Ocean it is referred to as tropical cyclone or a severe cyclonic storm.

Tropical cyclones like Nisarga and Amphan fall under rotating storm system that has a low-pressure centre and are characterized by strong winds, spiral arrangements of thunderstorms and heavy rainfall.

Cyclones were left unnamed and largely unmonitored for long. Later it was learnt that naming storms would help in making warning systems efficient as they could be easily identified. Short and distinctive names were preferred once the system was introduced globally.

Similarly, there is a committee to come up with names of hurricanes and likewise with typhoons.

Names should not represent any person and it should be words that are familiar to the people in the region.

How did Nisarga get its name?

As per the World Meteorological Organisation (WMO), a meeting was held among WMO/ESCAP panel on tropical cyclones at  Muscat (Oman) in 2000. The panel agreed to assign names to tropical cyclones in the Bay of Bengal and the Arabian Sea from 2004 with inputs from eight members.

Amphan happened to be the last name on that pre-determined list while Nisarga is the first name from a new list of 169.

Nisarga will be followed by Gati and  Nivar. The cyclones which will follow will be named from among the likes of Shaheen, Gulab, Tej, and Aag.

Also Read: Amphan – The Last Cyclone In 2004 Naming Series; Know Who Proposed It