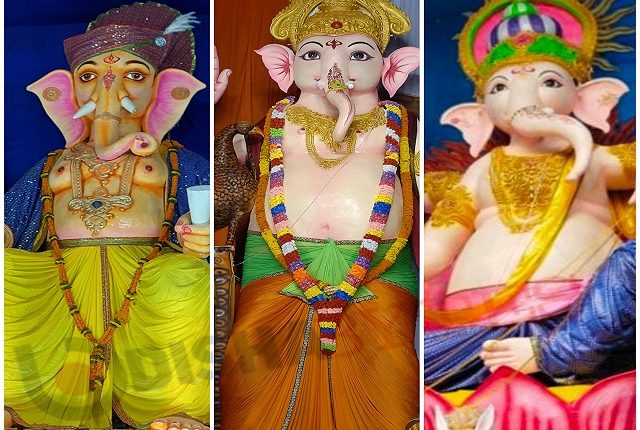 Bhubaneswar: Having missed the festival for two years due to COVID-19, city denizens are celebrating Ganesh Chaturthi with full vigour and enthusiasm. The result: Three tall idols of Lord Ganesha, standing at 51 feet, 50 feet and 46 feet respectively.

The 51-ft clay idol is decked up at Badagada square, the 50-ft one at Nayapalli Nuasahi and the 46- ft one at Saheed Nagar. Needless to say, they are the talk of the town.

The Ganesh idol at Badagada was made by workers of Bright Star Youth Association. “It took the workers around one month to bring out the final output of the tallest idol in Bhubaneswar this year. We have not used any synthetic colours, only eco-friendly ones were used,” Sangram Martha, Secretary of the association told OdishaBytes.

“We will conduct the idol immersion process as per protocol in the temporary ponds prepared by BMC on September 4 after we dissolve the idol and dismantle the skeleton. After the immersion of Ganesh idols, we will begin our preparation for Dussehra,” he said. 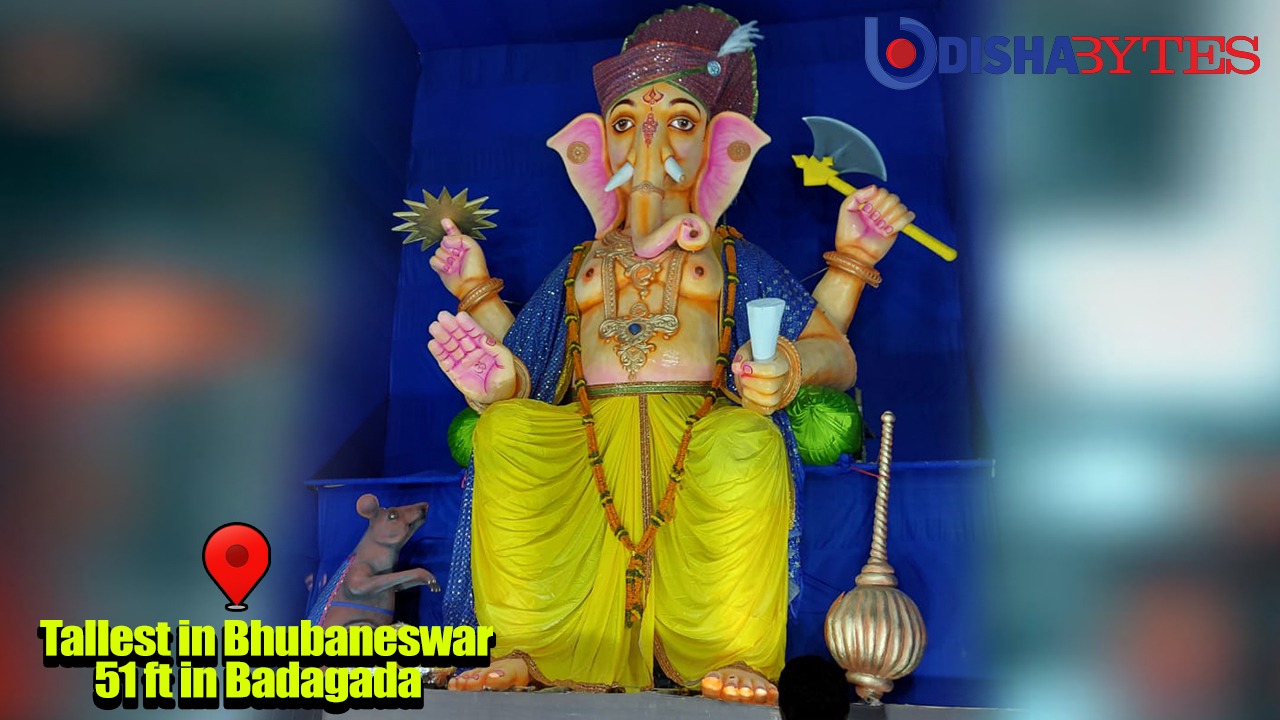 Likewise, the idol of Lord Ganesha at Nuasahi in Nayapalli, made by Sri Sri Akhandalamani Seva Sansad, is the second tallest in the Odisha capital. “We had made a 35-ft tall idol in 2019 following which everything was on a halt due to COVID lockdown. This time, we decided to go beyond our own record,” Sagar Balabantaray, Secretary of the association told OdishaBytes.

Around 150 volunteers of Old Town locality made all-out efforts for around one-and-a-half months to complete the 50-ft tall idol using eco-friendly colours. “We are very thankful for the support we have received from Commissionerate Police. We will be conducting the immersion of Ganesh idols here at the pandal by spraying water and dissolving it. Other members of our association including the president, Prasanna Kumar Badajena, and the coordinators Suvendu Nayak as well as Sumanta Samantaray will participate,” he added. 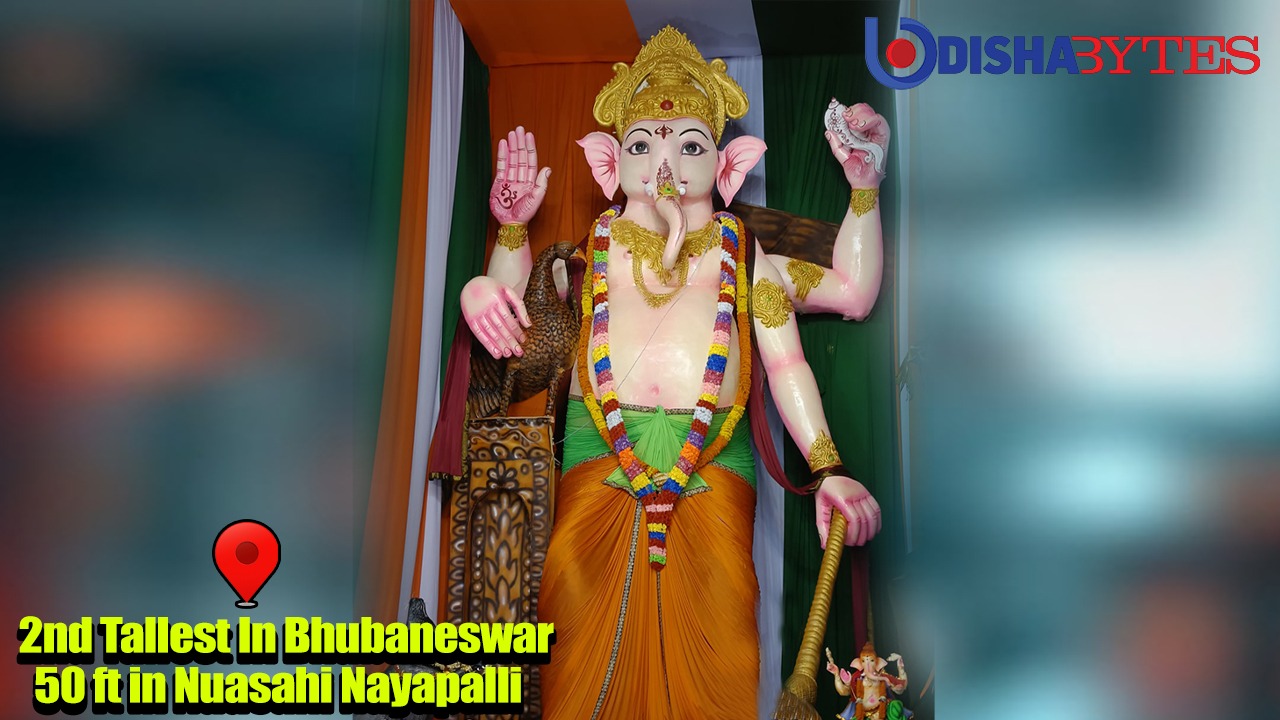 The 46-ft tall idol at Saheed Nagar also attracted huge attention. The interesting part about this idol is that it will be recycled after immersion and will be used for gardening to promote eco-friendly practices.

“The clay of the statue will be used to grow flowering plants, while the straws used in the statue will be provided to Amruta Kitchen garden in the locality for mushroom farming after the immersion of the idol by a water sprayer,” said Umanath Mishra, senior advisor of Winner Association. 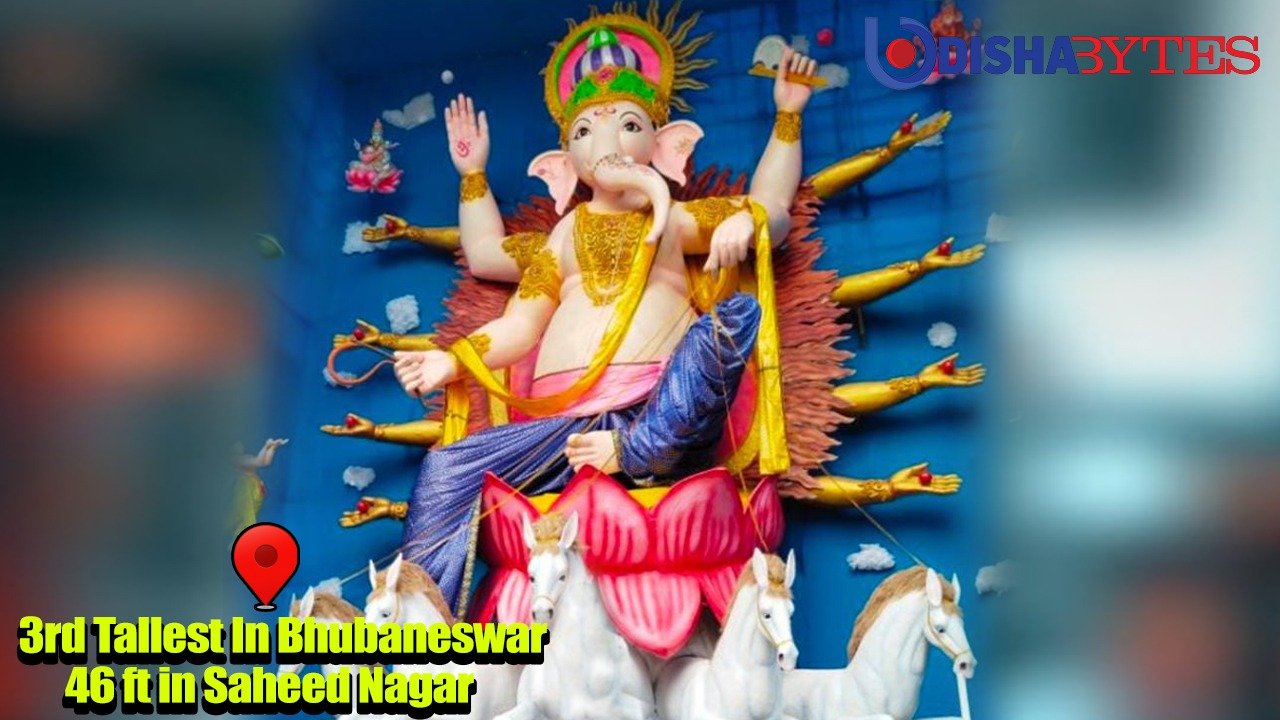 It is pertinent to mention here that puja organisers were left in a dilemma over the orders by State Pollution Control Board (SPCB) to limit the height of Ganesh idols to 20 feet.

However, the Puja Committee members claimed that they were unaware of the rules and regulations as the Ganesh Puja had not been held for the last two years due to COVID-19 restrictions. With just a night left for the festive season to begin, they have requested the state government for relaxation this year.