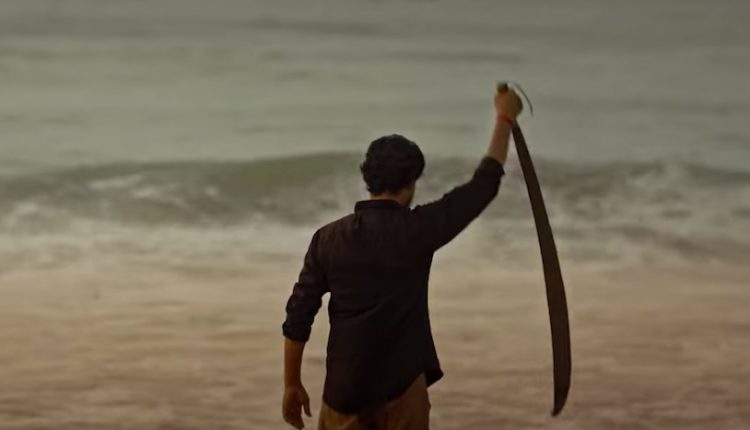 Bhubaneswar: Social media has gone berserk this week with Odia users writing hysterically about the new series, ‘Gangs of Puri’, which has hit the OTT platform.

The new term described for mafia i.e. “ନନା” is used in a prolific sense for this series. Probably the reason the audience could relate with it is due to the genuine Odia culture the makers have depicted throughout the series. Although the local Puri accent and frequent usage of slang are overt at many places, what hooks the audience most is the brilliant exhibition of social elements attached to the coastal town. The 90s story of the spiritual capital of Odisha ruled by gangsters with the patronage of corrupt leaders and police is the backbone of this series.

Baabu Jena (played by Mrutyunjay Kar) and Loka Nana (played by Rabi Narayan Mishra), both gangsters involved in many illegal activities are at odds due to past enmity. Both are sheltered by local MLA Raja Bahinipati (essayed by Choudhary Jayprakash Das) who provides tutelage for their shady activities in return for manpower during elections.

As the matter comes to a halt, we are introduced to a new protagonist, Shiva, from Baabu Jena’s area (played by Aman) whose dream is to score a government job and provide a happy life for his mother. But things take an unexpected turn and he gets embroiled in a murder case after saving Baabu Jena’s life. Shiva’s aspiration for a government job drowns after he is convicted and sent to jail. Soon after his release from jail, an unlikely friendship grows between both Shiva and Baabu Jena. The latter then promises him a new life by giving him a chance to handle his shady business. However, like all gangster films, friends turn foes and one outsmarts the other to prove he is the real gangster (Nana).

The major flaw of this series is the character transition of Shiva from an innocent boy to a rowdy one. The inarticulate shift of the character gives no kick to the audience in the latter part of the series. But the character of Baabu Jena deserves every credit for his succinct portrayal through mighty expression and dialogues. Shiva’s character does little else, apart from resorting to grimaces in most scenes.

Director Anupam Pattnaik and Jagdish Mishra (also the writer), cleverly use the elements of Puri’s social milieu like Chenna Poda and Abadha to set the mood consistently in the series. This is perhaps what keeps the audience hooked till the end of the seven-part series.

Cinematographer Deepak Kumar’s effort in using saturated light would make one nostalgic for the Puri of the 90s about Saahi Jata and Rath Yatra.

In one of the scenes, Loka Nana’s wife referring to the photos of their ancestors hanging on the wall says, “ସବୁବେଳେ ତମେ ପୁରୁଷଲୋକ ମରା ମରି ହେଇଚଳିଯାଅ, ତାପରେ ଆମେ ସ୍ତ୍ରୀ ଲୋକ କଷ୍ଟ ପାଉ।.” A referential element of toxic & vengeful patriarchy in that scene never gets further realised due to the absence of any such further plot points in the series. The series, which uses the Puri sea beach as one of its elements is spectacular in most background scenes.

All the episodes ranging between 30-45 minutes are a treat for the Odia audience which has for long deserted the medium due to lack of quality.

“Gangs of Puri” definitely creates a pathbreaking moment for the Odia industry and paves the way for its optimistic future. It is streaming on Kancha Lanka App.